Trang chủ Sex-Stories "Adult Stories" As it should be 2

"Adult Stories" As it should be 2 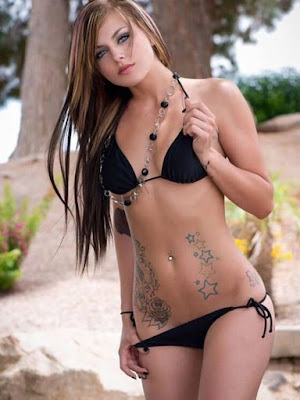 There were so many rules to obey, yet there was so much we didn't cover before He left for work. Why was it so difficult, I just had to think and decide. Oh the irony! And He continued to delight in her frustration, her confusion, her angst. Such an obedient slave he mused, which was a good result for slave, He thought, although He was itching to punish her. And so His day continued where He didn't get a lot done but still managed to enjoy watching His slave working her fingers to the bone – all for an apple. How easily pleased is she...


As I slept in my corner a hammering then drilling then more hammering woke me. I looked up and it was still more or less dark yet Master was up a ladder installing something, I wasn't sure what. I watched with intrigue until He stepped down, looking up at His project, while I remained none the wiser. Then he noticed me watching.

“What do you think?” He looked up at His project obviously proud yet I continued to remain none the wiser.

My lack of opinion indicating I had no idea what I was suppose to be looking at, let alone complimenting Him on.

“The cameras, slave” His tone a little exasperated.

“Cameras?” I questioned. Being woken before the sun rose did nothing for my mind, let alone my ability to form better sentences.

“I've installed cameras to watch you while I'm at work”...he continued ...

”I thought I would give you a trial run, call me generous of spirit.” I was excited, standing ...forgetting for a moment that I was chained to the wall, until I was yanked back down to my knees, as you must be, as Master would say. Meanwhile he was smirking at my joy.

Did she seriously think I would leave her alone to indulge herself, I mean, seriously!

He walked over, unchained me and suggested I read the list on the fridge.

“So many chores!” I exclaimed.

“Yea well I figured, what is the point owning my own slave, putting in all this effort to train you and getting not very much in return.” A hint of sarcam in his voice.

“Not very much in return?” I echoed.

“Well aside from the control, the pain, the degradation and the occasional fuck, yes.”  With a lsck of expression on his face that would make him the envy of any poker player.

I didn't know if to be hurt or annoyed but either way, I had learnt over the past few months that expressing anything was generally going to result in a flogging but then again, so could expressing nothing, it wasn't like I would ever win but this time I decided to be quiet. After all He was letting me loose off my chain, admittedly only for a day but beggars were never meant to be choosers and nowadays, my life was more one of begging than choosing.

As it must be.

He went over the list with me; there were carpets to be vacuumed and shampooed, there were floors to be mopped, windows to be cleaned, the bathroom to clean including the toilet, there was a basket full of clothes to be washed, hung to dry then ironed. And Master's dinner to cook which needed to be ready to serve by 5:30 that evening.

How was I ever going to complete all these tasks and not be late with His dinner.

The idea of cooking for Him scared me the most, given that my cooking skills were not that good but it's the thought that counts – I can only do my best and whatever the outcome of dinner will determine His reaction.

As He walked past the fridge He pointed at an apple.

“To inspire you slave” An apple! Was that it?! And as if he read my mind, which he was becoming very good at, he replied.

“You aren't showing your ungrateful and belligerent side, are you slave?”

And before I had the opportunity to reply he added.

I interrupted, “No no I will take it, thank you Master.”

“I thought I had taught you manners, just as well you found them and remember this, I can see you in every corner of the house and if I don't see you doing your chores, I will come home early and believe me, you DON'T want that. Have I made my self clear?”

He left without saying Good Bye let alone a kiss. I stood in the kitchen not knowing where to start but started anyway. I followed the list to the letter. Going from one chore to the next, until I needed to pee and I panicked. He hadn't specified where I could pee in this particular circumstance, nor that I could pee at all, given that He would be watching.

To pee or not to pee and the question of where was distracting me from my tasks. I decided to do as I had become accustomed to doing, peeing in my food bowl and drinking it. Hoping and a wishing that the decision I made would not result in His early return.

There were so many rules to obey, yet there was so much we didn't cover before He left for work. Why was it so difficult, I just had to think and decide. Oh the irony! And He continued to delight in her frustration, her confusion, her angst. Such an obedient slave he mused, which was a good result for slave, He thought, although He was itching to punish her. And so His day continued where He didn't get a lot done but still managed to enjoy watching His slave working her fingers to the bone – all for an apple. How easily pleased is she...

I got all the chores done and then there was dinner to cook.Then I remembered, my apple. But time was against me so I went without. Going without was the theme of my life now, so going without an apple to get my Master's dinner cooked and ready in time for his return wasn't going to break me. Breaking me may have been His goal but with every strike to my face, my tits, my arse, my back as well as my thighs and cunt, whether He used His hands, the cane or the flogger, only served to make me stronger.

Dinner was ready. The lights from His car shone in the lounge as He swerved into the garage. I was exhausted. He walked through the laundry. I was so excited to see Him I forgot my place, about to hug Him.

“Wait slave!” He barked. I backed away.

“I just want to enjoy dinner. I've had a very busy day” Watching you suffer is a major turn on, was what he really wanted to say but first He would eat, then later He would check that she had completed her tasks. Like He really cared but the day had been a great source of amusement, for Him at least.

Saying next to nothing, expressing little to nothing, yet feeling so much. In a word – Joy! Was it the pain, the degradation, the control.....No it was more than the sum of the parts, it was the acceptance, the approval and the Love that someone would take the time and make the effort to train me, so that I could be what I was always meant to be – nothing.

After He finished eating, Master checked that the tasks were completed to His satisfaction and since He was satisfied there was a reward to be doled out to His slave. And again I stood in that other familiar corner, receiving another flogging, despite being covered in welts that were yet to heal.

Needless to say it didn't take many strikes and I could feel what must have been blood, trickle down my back. He left for a minute – I was confused – well nothing new there but anyway, when he returned He had His camera with Him, snapping at his “work”.

When He was done with me, with next to nothing to say, He led me to my other familiar corner, chained me up and bid me good night, although not before He reminded me that in the morning I had dirty dishes to wash but since He was in a good mood, He would let that slide – this once. I picked up the half eaten apple and finished it. Wondering what He had in store for me tomorrow.... I couldn't wait.