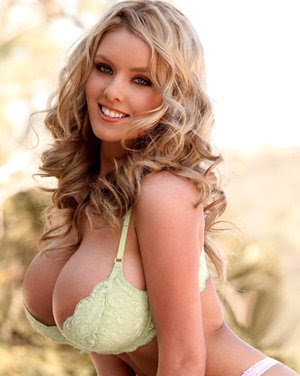 Emma got that queer feeling again, in the pit of her stomach. He was looking across the room, at the chair where her red lace underpants hung from the arm, like a tattle-tale. If he had wondered about her state of undress, beneath the sheet, he now had his answer.


a “Quicky” by Jo-Anne Wiley

“I brought you coffee.”

Emma was jolted from her lazy Sunday morning sleep-in by the voice on the opposite side of her bedroom door. “Paul? Just a sec, I'm not dressed.” She scooted up on the pillow.
“Hurry. It's burning my fingers.”

Her shirt and jeans were clear across the room, in the chair where she had dumped them last night. “Never mind,” Emma shouted, and pulled the bed-sheet higher to cover her breasts. “Come in!”(Sex Storiesp)

The door opened and the smell of fresh coffee enticed her nostrils. Paul came quickly forward and placed a mug on the side-table. He wore a shorty-robe, beachwear, and it occurred to Emma that it was the first time she had ever seen his legs. They were lightly muscled, shapely, and hairless. Damn, she thought. I have girlfriends that would blow a wino for those legs!

Paul straightened and smiled. “You always look this good in the morning? You're beautiful.”
“Who are you trying to kid? I look like a flippin' Eskimo!” Her face was roundish and with a short bob of black hair, it reminded her of someone who slept in an igloo. But Emma was pretty enough, though would never be considered a rare beauty.(Erotic Stories)
“Beauty comes from inside,” Paul said.

Emma was conscious of the conversation taking an unusual turn, being it was coming from her husband's kid brother. Paul was staying with them for a couple of weeks while he got himself enrolled in the local college.

Paul took a moment to glance around the room, a rare look into his brother's personal life. “Rick's done pretty well for himself. He's lucky!” Paul sighed.

It was an old dilemma for him, living in the shadow of his older brother. Paul had come along late, an obvious “mistake” and his mother had over compensated, showering him with affection. At least that was Emma's opinion, but, never having had a child, she wisely kept her opinions to herself.

“Paul, you're only eighteen. Give it some time. Rick has a dozen years on you. He has gone to college, landed a good job and with that, came a house. And the nice car. And the boat.”
“And you.”

Emma got that queer feeling again, in the pit of her stomach. He was looking across the room, at the chair where her red lace underpants hung from the arm, like a tattle-tale. If he had wondered about her state of undress, beneath the sheet, he now had his answer.

“How do I compare? With Rick, I mean.” He turned back to where Emma still sat propped against the pillow; the sheet still tucked about her breasts and held in place with both hands.
“That's not a fair question,” she tried to sidestep him.
He came closer. “C'mon. It's a simple question. Don't snow me.”

Emma noticed now that he had closed the bedroom door; that told her he had intentions beyond delivering coffee. Her nerves started to jangle and she took a breath to steady herself. “Alright ...alright. The obvious: Rick is rough and tumble, you are gentle. Rick plays sports, you play the guitar. Rick is big and dark, you are slight and blonde.”

His expression clouded. Emma could tell it wasn't what he wanted to hear. “Rick,” she continued, “has had lots of women... And you?” Emma watched the color rise in his neck.

She had tossed the question out in an effort to turn the tide. Make him uncomfortable; enough to want to leave. It didn't work. He gave her a funny smile. “I've never had anyone.”
“What?” Emma couldn't hide her surprise. “You're eighteen and you've never slept with a girl?”
The manic shy smile again. “Never.”
“But you're eighteen...”
“How do we compare here?”

Her breath caught, lungs feeling paralyzed, when she saw him reach for the opening of his robe. He pulled aside the terrycloth, exposing himself. Emma's eyes fell on a long, slack penis nestled between two heavy testicles. The pubic hair was fine and fair.
“Paul!” she cried, “I don't think this is such a good idea!” But he had already shrugged his robe from his shoulders; let it fall to the floor. “God no,” Emma gasped, but hesitated when she took in the length of his body. He was beautiful. Slender limbs, soft curves, delicate; almost girlish. He took a step closer, his penis swaying gently.
“Well?”
“Your adorable,” she said, without pause or prejudice. “Not like Rick.”

He stepped to the side of the bed and Emma was hesitant but didn't feel threatened. He reached out for her hand, lifting it from her breast. The bed-sheet slipped and her nipple pined. But that didn't seem to matter. All that mattered was the velvety smoothness of his penis when he pressed her open hand around it. The hint of moisture. “It's a lovely penis,” Emma whispered. And had the overwhelming desire to explore every inch of him.
“It's yours, if you'll have me.”

Emma avoided the question, dully aware of the consequences. Instead, she lifted the slack muscle and, leaning forward, treasured his balls in her other hand; exploring the nuggets and the soft sack that contained them. She lifted and searched behind. Emma was faintly aware that her body was exposed; naked to the waist, but crazily, she wanted him to see. His cock suddenly bobbed, quickly rising to meet her eyes. As she held him, she felt the pressure building, the heat, the pulsating blood coursing through the tissue. Her jaw ached.
Paul reached down and there was the suggestive nudge on the back of Emma's neck. “Isn't it bad enough?” She didn't look up. “And you want... want that?”
“I want to know that you are sincere.”

Oh Christ! He wants sincerity, too! Emma supported his penis in her hand; studied the tip. The moisture had gathered at the pee-hole, now a glutinous droplet, clinging, defying gravity, waiting for her to respond. A shudder raced up Emma's spine from the hollowness low down. And she realized she wanted this. Wanted, for once in her life, to be deceitful; betray her vows of trustworthiness; cheat! And the fact it was her husband's kid brother made the assignation all the more delirious. Hell, if Rick's old man were here, I'd suck him off as well, she thought. Serve myself up as the family dinner!

Paul moved a little closer and Emma leaned forward to meet him. The kid had her insides shimmering like tinsel on an electric tree. Emma had one last pang of doubt... once she had that droplet on the tip of her tongue, there would be no turning back. Not for her. Not for him.
Eve would have her bitter fruit.

To hell with it, she thought, and closing the gap between them, she cleaned the end of his cock between her lips. Emma savored the texture between the roof of her mouth and the tip of her tongue. Then squeezing and milking, she got him to work up another morsel and she sucked the head of his penis like it was an over-ripe summer strawberry. Slipping her hands around to grip his buttocks and taking a lungful, Emma pulled him all the way into her throat. His reaction was one of mild panic; maybe thinking he was about to feel gnashing teeth. But when she start rolling her face into him, scrambling to get the last inch down, and, all the while, teasing his balls, he began to let go.

Emma kept him locked between her tonsils, rocking and wheeling, working with her tongue, until, finally, she had to come up for air, gasping and spluttering. Paul was enthralled. And ready. But he wanted a proper fuck!

He pulled from Emma's hands and slipped around to the opposite side of the bed, Rick's side, and lifted the sheet. He lay on his back, stretching full length, giving Rick's expensive mattress a test-drive. A moment later, he was giving Emma, his brother's wife, a test-drive:
He rolled into her arms. And between her legs.

Emma was aware of the inexperience. It was sweet. She had to reach down and help him; got a hold of him and squeezed the head into place. He felt the muscle part, entered then, smoothly, effortlessly, and very deep. Emma's whole body shuddered with the first climax. It wasn't earth-shattering but it was unexpected, and so, all that much sweeter.

When she finally felt his release, Emma simply folded, the contractions flowing through her abdomen, repeatedly. They settled. Together. Slowly recovering. And when he slipped from her, he moved down, covered Emma with his lips.

A young man of eighteen who had never been with a girl? Who had been mothered, totally, as a boy? The room went still. Paul preferred little boys. Of course.

It was true. She was just a grand experiment.

He surfaced eventually. Came up to where she could explore his eyes. He smiled happily, had gone full circle. Could make the decision after sampling both. Emma stupidly felt like she had performed a community service. And then she heard the front door slam.
“God damn! It's Rick. He's suppose to be at the golf course.”
“Yes, I know.”
“But he can't find us like this...”
“Oops,” Paul smiled. Shrugged.

Emma heard her husband's step in the hall. “What the hell is he doing home?”
“That's easy. I called him.”
“What? You called him?”
“Yes. Told him you needed him. Were desperate. And like a good husband, here his is!”
“But you have to hide... he can't find us like this... the closet... under the bed! Please!”
“Nope!” Paul snuggled closer and Emma saw the bedroom door swing back.