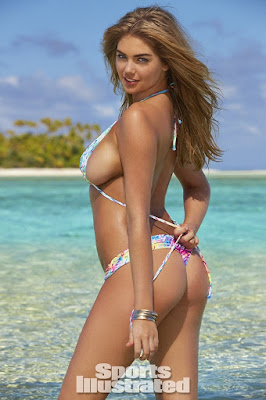 I dont know what it was that night that drove me to what I did. Maybe it was the crushing boredom of being a suburban housewife. Maybe it was the two hours I had already spent listening to principal McKinley ramble on about attendance and the importance of the PTA. Maybe it was the neverending despair of a ten-year marriage that had produced one child and exactly zero orgasms. Hell, maybe I just have a thing for black men. Or gym teachers. Or black gym teachers. Maybe though, just maybe, it was the fact that I'd seen Coach Barrett's big cock through his sweatpants every day this year when I dropped Nicholas Jr. off for school. I had seen how long it was. How thick. How it stretched the fabric of his otherwise loose-fitting gym wear. Whatever the catalyst, when Barrett got up and walked out of the assembly hall, I told my husband that I needed a cigarette and gave chase.


I followed him around the side of the building, he was leaning in against one of the big picture windows. From the inside, you could easily see his back from the waist up.

"Too boring for you too, Mrs Jones?" He asked, looking somehow exhausted and restless at the same time. Even in the dim lights, I could see the bulge in his pants. It was completely unaffected by the Autumn chill. (Sex Stories)

I didn't answer, instead I just stepped in front of him and pressed a finger to his lips before dropping to my knees.

"Mrs Jones, I don't think I understand what's going on here..." He whispered as I massaged his growing bulge through his soft sweatpants. My heart pounding at the idea that someone could have seen me in the moments I was in front of the window.

"Yes you do, now shut up before you get us caught." I whispered, though the thought of being discovered excited me just as much as the thought of Barrett's big black cock. Maybe even more. “And it’s Becky to you, big boy.” I added with a smirk.

With no further delay,  I pulled Barrett's pants down and took his massive member in my hands. For a moment, I was awestruck. It was even bigger than I had first thought. I stroked it gently at first,  watching it grow and stiffen in the yellow glow of the outdoor lighting. It was a magnificent thing, almost the length of my forearm, and nearly as big around as my wrist. All in all, it was a far cry from my husband’s angry looking little pink thing. Time seemed to stand still as a hundred thoughts ran through my mind. Part of me was terrified of its sheer size, but the rest of me ached with an animalistic need to have it inside me. Then, after only a moment’s more hesitation, I guided it hungrily into my mouth. Everything about him was incredible. The smell, the taste, the raw masculinity. My heart was pounding like a jackhammer at the sensation of him in my mouth, but even more so at the thought that my husband could walk out here at any moment. I pictured him shifting uncomfortably in his seat, wondering what was taking me so long.  I thought about him walking out and catching me slurping hungrily on Coach Barrett's thick cock. I played with his big black balls. I ran my tongue from base to tip and back again. I even took him as deep into my throat as I could without gagging. Then I took him deeper until my eyes watered. I lived out every one of my filthy, cock-sucking fantasies and Coach Barrett simply rested his big strong hands on my head, trying desperately not to moan too loudly. I, on the other hand, had given up on being quiet all together. I was sucking and slurping loudly, pulling his cock out of my mouth with an audible pop only long enough to spit on it so that I could slurp the spit back up like a cock hungry slut. I was in heaven, completely cock-drunk. I was riding the mixed high of big black cock and potential discovery. It was magical, I had never been so wet.(XXX Stories)

“Show me those big titties, girl.” He half begged, half demanded. I pulled his huge cock out of my mouth with another loud pop and looked at it. Its stark, monolithic majesty gleaming with the wetness from my mouth was absolutely breathtaking. It was truly a king among cocks, and I couldn’t bare to say know to royalty.

I pulled my top down, letting my breasts fall free, then I brought them around his thick meat and began to massage it between them. He was long enough that I could still suck the tip while he fucked my tits to his heart’s content.

“Ah shit, Mrs… I mean, Becky. I love your big, milky white tits… Goddamn.” He moaned as he slowly slid his big rod between my breasts.

"I'd rather fuck your little white pussy." He all but growled, his rumbling baritone making my panties soaked.

"Next time baby, I promise." I whispered apologetically before taking him back into my mouth and bobbing a few more times in rapid succession.

"Next time?" Barrett asked, trying his best to focus on our conversation and not my actions.

"Oh baby, I think we're going to have a lot of next times." I  replied with a big grin, casually stroking his full length.

Barrett needed no further assurance, he tightened his grip in my hair, slid between my lips and started thrusting. He pounded at my throat. My eyes rolled back and welled up with tears. I felt a long, ropey strand of drool drip down to my breasts and slide into my cleavage. I  slipped one hand up my skirt and easily worked myself to orgasm after earthshaking orgasm. As if we'd rehearsed it,  just as my body was rocked with a final orgasmic release, Coach Barrett shot his huge load into my mouth and down my throat. I swallowed every bit, just as I'd promised. Then I took his cock into my hands and kept sucking, trying desperately to milk out even more of his salty-sweet seed.

When I finished, he slid to the concrete with a relaxed sigh and sporting a huge grin. I lit a cigarette and took a long drag, still trying to regain my composure. He asked me when next time would be, and promised to really ‘break in my little white pussy’. His words. I sat silently and finished my cigarette, then I told him it would be very, very soon. After a little more silence, as the afterglow finally started to fade I put the butt out on the cement and walked back in with his taste still in my mouth. Principle McKinney was wrapping up the longest speech in history, and my husband was nervously glancing over his shoulder at the door. I strode to him confidently, feeling a growing desire to french-kiss him with the taste of Coach Barrett’s cum still fresh in my mouth.

“You were gone a while.” He sat said as I sat back down. He looked more bored than worried.

“I had to find something more interesting than listening to McKinney, any more of his shit and I’d off myself right here.” I replied.

“Did you find anything? Interesting, I mean.” He asked in a hushed tone, trying to be respectful of the still rambling Principle.

“The only thing out there is more bored people looking for something to do.” I said with a smile, then I kissed him full on the mouth and my heart raced.