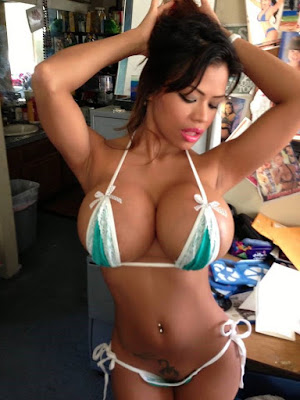 She was very good at giving blow job. she had pulled her skirt up and was rubbing her pussy as she was sucking me, faster this time. "she must have been waiting to get laid for a while" I thought. She had nice black panties on and I could see she was wet. "Give it to me bitch" I thought to myself as she was sucking harder and harder.

"Is Lisa home ?" said my wifes best friend. I didn't really like her much. She was a short, kinda curvy lady who talked a lot and sounded like she didn't really know others lived on this planet as well.

"She is in the shower" I replied as I opened the door.

"Come on in, she won't be long" I said. She always wore high heels and walked around my house which I found annoying for some reason. (Sex Stories)

"How long will she be?" she asked

"Can I get a coffee" she asked as she sat down.

"Of course you can", I replied. "the kitchen is over there and you can make me one as well while you are at it" I winked at her and left.

"Stupid bitch" I thought as walked into the shower where my wife was asleep in the bath tub. "Your friend Linda is here" I said as I walked past her and slapped her hand

She sighed and said "won't be long".

"Yea right" I thought. As if she would get out anytime soon. I was gonna have to put up with Linda for a lot longer.

I turned the volume right down and settled down with my pants down. I had kept the door ajar so I could see Linda coming from the living room. The movie was just building up to a climax, the girl had drunk so much that she was at the mercy of the dude who couldn't wait to get out of the bar and into the carpark. I loved the car park scene.

My cock was already hard but I was waiting till they were in the car and hard at it. The anticipation is better than the actual thing sometimes.

"Haha, so is this what goes on when Lisa is not around" came a voice from behind. Fuck, Linda was standing at the door. "I told you to make coffee and sit in the living room" I yelled.

"Shut up" she replied as she walked over and stood right next to me. My hand was still on my dick and I could barely think of what to do next when she got on her knees and slapped my dick, hard.

"Yes it is" she smiled and said. she put my whole dick in her mouth, I mean the whole thing. I had a pretty long and hard dick and I didn't think it would fit in there. She was biting it, slowly as she rubbed my balls.

"Lisa would be put any minute" I said. She slowly pulled my dick away and said "so?" then put my dick back in her mouth, all of it. Fuck, I had never experienced this before. She was slowly but firmly biting my dick and releasing it. It was such a nice feeling as I sat there, helpless, enjoying every moment of it.

She slowly starting sucking it, very slowly. I put my hand on her head to grab her hair and she pinched my balls.

"Ouch, that hurt" I said and she laughed out loud. "You can't touch me otherwise this stops" she said. "Well, lets enjoy this and if my wife catches us I can always blame it on Linda" I thought as I sat back to enjoy the ride.

She was very good at giving blow job. she had pulled her skirt up and was rubbing her pussy as she was sucking me, faster this time. "she must have been waiting to get laid for a while" I thought. She had nice black panties on and I could see she was wet. "Give it to me bitch" I thought to myself as she was sucking harder and harder.

I came a lot sooner than I wanted to, not a problem I usually have but the sense of my wife sleeping in the bath and her best friend sucking my cock was all a bit too exciting.

She laughed at me and looked towards the only window in the room. "So, do you like my best friend now" A voice said seeing  my wife look through the window.

"Think of something to say" I thought as I was sitting up, putting all my equipment away and pulling my pants up.

"Leave that down" ordered my wife. "You always wanted a sandwich action on your birthday, didn't you?" She smiled and said.

"Phew", it was my birthday and after all these years of begging my wife had finally come though !