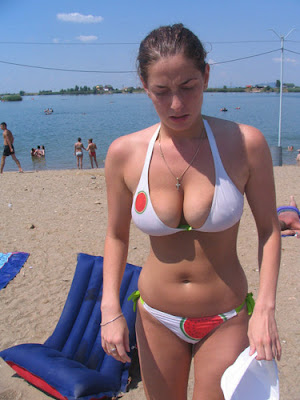 "I have been watching you from there" she pointed from under a tree close by. "What if my wife finds out?" i asked. "So what?" she replied. "Don't be a pussy" she said and picked up my phone and pushed play.


For the fourth time in less than two weeks I had to pick my wife up from this stupid part. I did not have any issues with it but every time I showed up she wasn't ready and I would have to sit there and wait. "Ah well " i thought to myself. Next time i will just make an excuse and she can catch a cab.

As i pulled into the carpark of her friends house, it was surprisingly empty. Usually there were heaps of cars parked in the driveway. "Maybe they left early and for once my wife is ready to head home on time", i thought to myself. I parked close to the house and called my wife, I wasn't getting out in the rain. (Sex Stories)

"I will be a few more minutes" she yelled. "Fucking drunk bitch" i thought to myself as i hung up. Well usually a few minutes meant half an hour or so and I didnt wanna just leave otherwise the scene at home would be excrutiatingly painful. It would be eaiser to just wait and that way i can be the one to yell at her on the way back home.

I had the volume on loud by now and I was just starting to rub my dick when a sharp knock on my window startled me. I turned the phone upside down and slammed it on the seat and pulled the window down. "What" i yelled in a loud and annoyed voice.

"Can i watch too?" said a soft voice. She came closer and i saw she was wet and shivering. She must be my wife's friend. "Well get inside before you catch a cold" i said and opened the passenger door. She was very attractive. Nice pair of boots up to her knees, nice short skirt, beautiful tight top and a leather jacket.

"Fine by me" i thought. I knew my wife would be upset if she found out but my dick was egging me on and i always listen to my dick. Her wet clothes were so fucking sexy as i could make out her panties and bra from the dim light of the moon. I ran my fingers from her boots up to her short skirt when she smiled and said "No, I like the anticipation more than the actual thing".

I leaned over and whispered in her ear "I don't" and kissed her on her cheeks. She giggled and leaned back in her seat. I licked her neck and pulled her wet top down. Her boobs were small yet bouncy and firm. I sucked on her nipples as she pushed my head down towards her pussy.

She had a lacey panty on, i pushed it to the side and licked her pussy. "What's the rush" she said as i was pulling my pants down. "Wife will be here any minute" i said. She turned around on the seat and said "Fuck my ass". I pushed my dick inside her so hard she moaned loudly. The rain had gotten heavier by now and i hoped no one could hear us.

I was slamming her so hard she lost her grip and fell forward. "Slow down" she smiled and said with a stern voice. I told her to turn around. She did and put both her legs on one side. This was a kinky little trick i loved to do in the car. I grabbed her boots and pushed my dick in her pussy. nice and wet and soft.

"Glad you enjoyed it, you owe me $200" she said. I looked at her and she had a real serious face one. "What?" i yelled. "You can't just fuck a hooker and not pay her" she said in a serious and frightning voice. "One phone call and my pimp will be here and thats when you will be in trouble" she threatened as she pointed to her mobile phone.

"the shit my dick gets me into" i thought as i sighed and pulled out $200 from my wallet. She laughed as she got out of the car and said "You men are so easy". "next time, maybe i should ask her for her name before pulling my dick out" i thought as i called my wife and told her i was leaving.