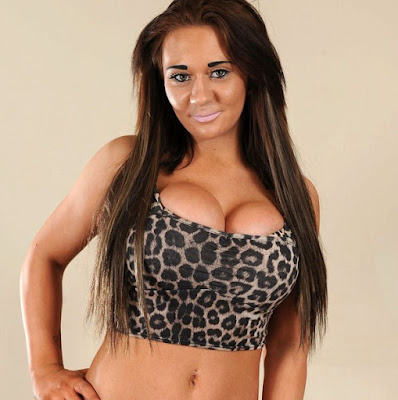 “Are you aching yet?” he responded. “Yes…my legs are shaking…I don’t know how much longer I can hold back,” Jess pleaded. “Excellent.” Jess’s heart leaped, anticipating release. Then she saw his next words: “I’ll let you know when you can come.”


Jess slid her hotel room key into the lock, and was rewarded with a welcoming click and chirp.  Within three steps of entering, she had abandoned her high heels.  Six steps, and her suit jacket was draped over a chair.  It had been a long evening of smiling and chatting up potential customers over cocktails, she was mentally and physically exhausted.  Her colleagues from the marketing team were headed out for a late dinner, all Jess wanted was a hot shower and her bed.  She continued to strip down, stepping out of her skirt, peeling off her stockings and panties, blouse and bra joining the jacket tossed over her chair.
Now naked, Jess strolled to the bathroom.  She turned on the shower, grateful that the water heated up quickly.  With a long sigh, Jess stepped into the shower and let the day’s tensions wash away.  She always savored the moment when she could set her polished, poised exterior aside to relax and be herself again.  Steam swirled around her, the spray massaging her full, round breasts, water cascading over her curvy hips and long legs.  Jess closed her eyes and stood still, lost in the warmth and the sound of the rushing water.  Gradually, she felt her mind and body re-awaken.  She stretched, turned and began lathering shampoo into her long, red hair.

Upon emerging from the bathroom fifteen minutes later, Jess’ mindset had entirely changed.  No longer feeling sleepy, her mind was now on the texts she’d been exchanging with Eric earlier that afternoon. Sexting was a tradition of theirs whenever Jess had to be out of town on business.  She had let him know she’d arrived safely by sending a picture of the skyline view from her room…artfully obstructed by her bare breast.  The resulting conversation was so much fun, she’d nearly been late for the cocktail reception.  She had arrived smiling, with her normally pale cheeks rather flushed.

Jess decided it was time to heat things up with him again.

Wearing only a towel, she strode over to her suitcase and pulled out a drawstring bag containing a few of her favorite sex toys.  She placed the bag on her nightstand, then grabbed her phone and set it beside the bag.  Tossing aside her towel, Jess turned back the covers on the bed and lay down naked on the cool, smooth sheets.

“Wish you were here…” she added playfully, and sent the pic off to Eric.

The response was almost immediate.  “So do I!  Can I see more?  Please?”

“Oh, that’s good!” he replied.  Then he asked, “Do you have any other toys in your little bag of tricks?”

She slathered the huge toy with lube, then eased it inside her, savoring the full feeling it gave her.  The firm pressure against her G-spot felt divine with each thrust.  Jess filmed this for Eric, slowly moving the thick, silicone cock in and out of her pussy, letting him see and hear how much she enjoyed it.

“Want to see me take it all?” she asked, knowing full well what the answer would be.

“Mmm…I want to see it buried deep in your pussy!” Eric answered.

Eric’s response came in the form of a picture of his cock, standing hard at attention with his hand wrapped around it.  At the sight that delicious image, Jess reflexively began thrusting faster.

“Think I’m going to come soon!” she somehow managed to text.  She loved having his encouragement to help take her over the edge.  What came next surprised her.

Jess paused mid-thrust, suddenly remembering something they had talked about earlier.  She had finally admitted her submissive tendencies, that she wanted him to take control, tease her mercilessly.  Her job required her to be strong, to always take charge of her situation…she wanted to know what it was like to surrender to someone else completely.  Apparently, he’d taken her request to heart.  Jess was pleasantly surprised to find him so receptive.  She hadn’t expected to fulfill this fantasy so soon.

Another message appeared: “I want you to hold off until you ache for it.”

Despite her craving for release, Jess obeyed.  The new thrill of surrendering outweighed her physical desires.
“I’ll do anything you ask me to” Jess replied, meaning it with every fiber of her being.  She waited then, on edge, yearning for his next message.

“Good.  I want you to test your control, push yourself to the limit, but don’t you dare come until I say so.”

“Are you aching yet?” he responded.(Porn Stories)

“Yes…my legs are shaking…I don’t know how much longer I can hold back,” Jess pleaded.

Jess’s heart leaped, anticipating release.  Then she saw his next words:

“I’ll let you know when you can come.”

Jess let out a groan of mingled frustration and excitement.  She cursed his name, then thanked her lucky stars that she had finally found someone to fulfill this need for surrender.

“I think that big toy filling you up might be too much for you to resist.  Set it down for a while.  Now I want you to stroke your clit as gently and lightly as you can with just the tip of your finger.”

“Please…I’ll do anything if you let me come for you!” she begged.

“You’ll have to show me how badly you need it,” he answered.

Jess continued to play for Eric, until her moans became whimpers and the only words she could form were pleas for release.  He kept urging her on, pushing her farther, letting her get within seconds of orgasm - only to demand that she stop.  She lost all sense of time, her mind was so wrapped up in the need to please him.  It would have been simple to ignore his commands, to give in to temptation.  He was hundreds of miles away and would never have known.  Yet she couldn’t do it…didn’t want to do it.  She’d dreamed of this sweet agony for so long, she needed to see it all the way through to the end.

After what seemed like hours, she begged him yet again.  “I’m dripping wet now, aching, please can I come now?”

“Let me see how wet your pussy is.”

Jess snapped a picture of her pussy with her legs spread wide, her juices forming a puddle on the formerly pristine sheets.  This time, she didn’t add a single word, letting that image speak for her.  She almost couldn’t believe her eyes when she saw his next message.

Jess was so excited she could barely use her camera.  Only her intense need to please Eric kept her from giving up and hurling it across the room.  As soon as she got it to start recording, Jess began thrusting hard and fast.  The need to obey Eric and her overwhelming need for release combined, building into a relentless wave of pleasure.  Jess finally gave in to it entirely, coming hard and long.  Her back arched as she came, soaking the sheets and shivering in ecstasy.

Jess lay on the bed, catching her breath in the aftermath of that dizzying orgasm.  She had fantasized for so long about what this kind of surrender might feel like, but even her wildest imaginings didn’t come close.  She quickly sent off the video to Eric, still eager to please, hoping he would relish the results of his sweet torture.  She was beginning to sense that confessing her submissive streak had brought out his own hidden dominant side.

“Very, very nice,” he replied. “I take it you liked this little game?”

“I may have cursed at you a few times, and I called you a number of colorful names.” Jess admitted.  “But that last video says it all.”

“A picture is worth a thousand words,” Eric agreed.  The next message to appear on her screen was an image of Eric’s cock, covered with evidence of his satisfaction.  Jess grinned at the sight.

“This was incredible,” said Jess.  “Thank you for letting me finally experience that fantasy.”

“Oh, we’re far from done…“ Eric answered.  “Just wait until you get home.”

Jess fell asleep that night with a smile on her face, dreaming of things to come.