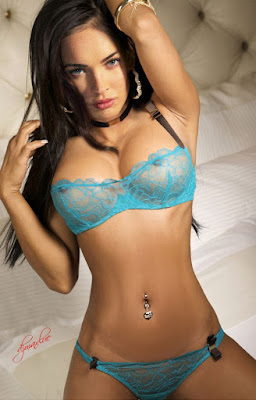 I reached inside her top and pulled out her right breast and was pinching her nipples as I fondled her breast. I pulled her breast like I was showing it to the guys across the aisle from us and one guy came over and sat beside her. I could sense she was getting nervous as she moved as close to me as she could. I used my other had and removed the left breast and began to suck it as I watched the guy to see what he would do.

Our sex life had become boring with her usually saying “fuck me in missionary position and get it over with”.

She says my cock is  to big for her to take comfortably .She was raised a Baptist and it was almost a year before she would even be naked in the house in front of me. (Sex Stories)

We had been having some problems and then she confessed to me that she had an affair with a co-worker when she went with her girlfriends to the beach. I didn't know what to say - but she said she still loved me and it was just a mistake. Then she said I was the only man she ever had sex with and he flattered her and made her feel special, but she realized he just used her. Then she asked me to forgive her.

I said “Well our sex life is boring and we need to make it more exciting”.

“What do you have in mind?” she asked.

“Well I am going to buy you some sexy clothes and take you out Wednesday night but you must do what I say.”

“Then you will forgive me?” she asked.

She looked at them and said “They are very skimpy and you want me to wear that in public?”

“Well we are going to another city because I know you need to keep up appearances here.” She went to her dresser and picked out a bra and panties.

“You won't need those” I said. Her mouth dropped open, “those are the conditions” I replied.

She powdered her pussy and put on the the skirt and then I tied the string on the top for her - a little loose. We drove to Birmingham and parked in a space across from the adult theater. She was reluctant but I told her

“I’d hate to tell your family why we are arguing”. We went into the theater and I chose the 2nd and third seat from the end across the aisle from a group of black guys. I knew Wednesday was interracial night at the theater so I figured a lot of guys would be there and Birmingham is a majority black city.

I asked her if the movie excited her. Then I french kissed her as I placed my arm around her shoulder.

“Can you take that big of a cock in your mouth as the woman who was on the screen sucking a huge black cock was doing?” I reached inside her top and pulled out her right breast and was pinching her nipples as I fondled her breast. I pulled her breast like I was showing it to the guys across the aisle from us and one guy came over and sat beside her. I could sense she was getting nervous as she moved as close to me as she could. I used my other had and removed the left breast and began to suck it as I watched the guy to see what he would do.

I pulled her breast toward him like an invitation. He leaned in and started to suck her nipple, I told my wife to close her eyes. I left her breast out and took my left hand and spread her knees running my hand up to brush her pussy.

Then I took her right leg up and put it on the armrest so he could she her naked pussy. My wife whispered

“I am not about to let a black guy fuck me”.

I said “There is no way he can here so just go with it”. I noticed he was unzipping his pants and took his cock out. I took my wife's hand and put it on his cock and forced her to rub his cock. He was still sucking her breast as he took a finger and rubbed it against my wife's clit. My wife was not enjoying this but she had little choice. She said her arm is getting tired, so I told her to use her mouth.

He had his finger probing inside her as he started to fuck her with one then two fingers. Use your mouth on his cock I ordered.

She stopped but I told her to continue, she was a sight with both her breasts hanging out and rubbing her clit in public. The 2nd guy kissed down my wife's legs as he started to lick my wife's fingers and pussy. I started sucking her breast real hard and scraping it with my teeth. Next thing I know she had the wildest orgasm I had ever witnessed as her whole body shook and she slumped in her seat.

I took and put her breast back in and thanked the guy as we got up to leave. On the way home  I made her suck me off and she sucked it like a pro. This must have changed her because usually I have to beg her and then she is so soft and delicate. This time it was like she was obsessed and she swallowed it all for the first time.