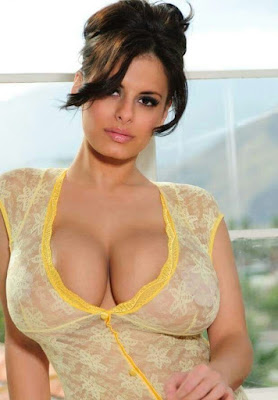 and sat me down on the couch, and took my shorts off and began stroking my cock all while looking at me, and after a few minutes, put my cock into her mouth and she began sucking like there was no tomorrow.


It was the summer after my second year of college - summer of 2013 - I was going to a school nearby and living at home and dating a girl from an hour away at the time, but that had just ended as I found out she'd been cheating on me (finding condom wrappers in her room that weren't from the ones I bought).

In a house a block away behind mine lived a girl i'd grown up with for years, and let's call her Jenny.  Jenny had moved in with her family several years ago, and we were great friends since junior high.  I tutored her in math and science all through high school and we spent hours at the kitchen table studying.  After high school she went away to a school 4 hours away but we always hung out with groups of friends.  During college, we usually chatted once or twice a week on facebook.  She had a steady boyfriend that she met during orientation and I thought she would end up marrying him, and that was fine, as we were friends.(Sex Stories)

She came home for the summer in early May, and we'd gone out with our old high school crew a few times, especially now that most of us were 21 or turning it that summer.  One warm night in late June, about say 8:00, I was on facebook at home, and Jenny sent me a message asking what I was up to, and told her nothing, and asked if I wanted to go to a nearby club, to which I agreed.  I got a quick shower, put on some clean jeans and a nice collared shirt.  I agreed to be the DD, so I got in my car, and picked up Jenny.

She came out wearing a strapless top and a short skirt.  I have to say, she looked quite amazing - she had a tan from being on vacation earlier and her tanlines made her look even hotter.  I asked her if anyone else wanted to go and she said no.  So off to the club we went.

We got there in about 45 minutes and waited in line for another 20.  While waiting, I asked her how things were with her boyfriend to which she'd told me they'd split up.  I asked why and she told me he'd cheated on her when she walked in on him with another girl.  I told her how sorry I was and she told me it's allright, since it's for the better.  I told her my relationship had ended too, and she felt sorry as well.

We went into the club and I asked her if she wanted a drink, and I got us some drinks.  We spent the next few hours catching up, and doing some dancing and drinking.  We both got a little tipsy, so I told her I needed to sober up for the road, and she had a few more.  We were just dancing and having a good time, and found each other doing a bit of grinding on the floor.  Admittedly, I was getting quite aroused and wondered if she could tell, even through my jeans.  Around midnight, we decided to hit the road.  I asked if she wanted to go anywhere else and she said nah, but if you wanna come watch a movie or something, let's do that. (Erotic Stories)

We got out of the car and realized how warm it still was, and I suggested we go swimming a bit at my house, and she agreed, and ran home to put on her swimsuit.  I changed and she came back, and for some reason, she looked even sexier and filled out her top quite nicely.  I threw her in and jumped in after her, and we just played around a bit in the pool.  When I grabbed her, I think she could tell I was getting quite aroused at her, to which she began to tease by playing with her top more and more.

Finally, she commented on it and I just told her flat out "from the moment I saw you, I thought you were the sexiest thing alive.  I can't believe someone would cheat on you!"  She then jumped up, put her arms around me and began kissing me, thrusting her tongue into my mouth ever so quickly.   In the middle of my pool at about 2 in the morning.

I thought I was the luckiest guy in the world.  She was grinding herself up against me, and feeling my rock hard cock through my shorts.  She broke away and told me her folks were on a business trip and asked me to come to her place.  I quickly agreed.  I went back into the house quietly and grabbed my clothes from the night, and followed her in.  She asked me why I needed them, and I told her I didn't know....I then grabbed her, and carried her to the couch, and I sat down and we continued making out for several minutes with her straddling me.  I reached around and began untying her top, and she helped me by throwing it on the ground.  I began to put her perfect tits right in her mouth, using my tongue to make her nipples as hard as my cock was.

Her hand was grabbing at my cock, as it slowly reached under my shorts.  My hand was already down her bottoms and feeling her already wet pussy.  I then asked her to get off me for a moment, and had her lay down on the couch and I slid her swimsuit bottoms off and put my tongue right into her pussy and went to town.  After about 10 minutes or so, she told me to stop and got up, and sat me down on the couch, and took my shorts off and began stroking my cock all while looking at me, and after a few minutes, put my cock into her mouth and she began sucking like there was no tomorrow.  After a few more minutes of the best head ever, she stopped and told me how bad she wanted me and I told her I didn't have any condoms with me, to which she told me we'd just be careful.

I then carried her into her bedroom, both of us completely naked, and she got on top of me and began riding me, all while her beautiful tits began shaking and I grabbed at them.  I actually was able to prevent myself from climax for several minutes, but after about 15 minutes of riding me,

After the shower, I grabbed the towels and wrapped her hot body in one and put one around my waist.  We walked back into the bedroom and saw it was nearly 5am, and I had to be at work in an hour as a cook at a local restaurant.  I called my manager, saying I was way too sick to come in, which was itself a lie, but after a night like mine, I wasn't going to function the next day.  With that off my back, Jenny and I climbed into her bed, still naked and fell asleep in each other's arms.  We awoke a few hours later with the sun hitting the bed and bouncing off her beautiful body.  I asked her if last night really just happened and she just said how incredible it was.....we then took another shower together, and I cooked her some breakfast.  It was the start of a wonderful relationship.