Trang chủ Sex-Stories "Adult Stories" It's better with the belt

"Adult Stories" It's better with the belt 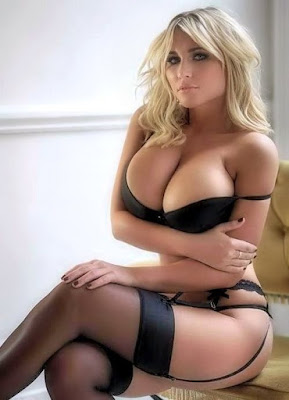 She closed her eyes and tried to lose herself in his words. He was stroking her lower back with one hand and had reached around with the other; fingers playing in the thick patchwork of hair. He was so close his breath tickled her bottom and despite the bite of the belt, she snugged toward him.


The white hash marks flashed past.

She stepped lively avoiding them like cracks in a sidewalk: Step on a crack, break your mother's back!

Her bare legs slanted against the tight fabric of her skirt. The rhythm of her body was hypnotic and the hum in her head sounded like wind in far off wires. The warmth of the sun fell across her shoulders, soothing the strain in her back where the rope had held her.

The “clicking” stopped her.

She missed a step, and startled, she saw him step in from the side, shaking his closed hand as if about to roll the dice: click-click-click. “Mrs. Mason. You're looking very; well... sprightly.”(Sex Stories)

“For someone my age, coach? Is that what you're saying? And my name's Melanie.”

“He laughed at that. “Hardly, Melanie. I would think that you and I are the same age.”

She didn't believe it; not for an instant. She was sure she had several years on him. But he was youthful and fit; not a big man, she looked directly into his eyes. His size had probably kept him from professional sports. She watched as he rattled his fist again. The coach took a step closer and extended his hand, opened his fingers. He held two chestnuts. Melanie abruptly went all weak inside.

“Yes,” he said, and tucked one up under her nose. It smelled like animal, a barnyard. He dragged it down across her lips. It was burnished smooth against the tip of her tongue. “Are there more?”

He sighed. “I suppose you had better come along with me.”

“Yes,” she said, suddenly fighting the violent urge to pee. She watched as he unbuckled his belt, withdrew it from the loops of his jeans.

“Hands in front.” She held her wrists together and he bound her tightly with the leather. “It's better with the belt.”(Porn Stories)

He led Melanie with the belt, pulling her from the sidelines toward a swat athletic office near the bleachers. It looked like a bunker; built of unpainted cinder block with it's two, single-paned windows and a door frame you had to dodge on your way though. Inside, the florescent tubes cast harsh light on the narrow desk. There were lockers, a shower stall, shelves with towels and a floor to ceiling cage with balls, flags, buckets; all manner of sports gear locked inside.

“Here,” he said, leading her to the end of the desk; turned her toward it. She wanted to cry when she felt his hands on her waist; to struggle. But in the end, it proved to be too much trouble. The effort would be unbearable. And besides, this wasn't his fault. The whole thing could have been so easily avoided. Why had she been so weak?

Melanie got that watery feeling inside again when he reached around and worked the button free. He pulled the zipper down over her hip and with his thumbs, shimmied the waistband down over her bum and let it drop. He tapped her shoe with his toe and she lifted first one foot and then the other so he could kick her skirt aside. She found his hand resting on her shoulder and she bent forward at the waist until her cheek lay along the wood. He moved around, pulled the belt forward; it bit her skin, stretched her spine. He tied it fast.

It's better with the belt, she thought. He kicked her feet apart. The straps were fastened about her ankles. He brought his chair around and sat behind. “Try to relax.” And his fingers were at her crotch.

A quick snap and her tore her underpants. They dropped about an ankle. Her thighs began to quiver when his hands came up between her legs. “C'mon. You can do this,” he whispered. “Just let everything go. Set yourself free.”

She closed her eyes and tried to lose herself in his words. He was stroking her lower back with one hand and had reached around with the other; fingers playing in the thick patchwork of hair. He was so close his breath tickled her bottom and despite the bite of the belt, she snugged toward him.

The cramp took her by complete surprise. It was deep down in her gut; a jab so sharp, she thought she had been cut. Her back arched with a contraction that turned her bowel ridged. “That's it!” he said, excitedly, his soft stroking now turning to massage. There was painful movement inside. “Oh-h-h,” The desperate cry fell from her lips.

There was another stabbing pain and her guts clenched. Droplets of perspiration ran along her spine. Her anus seemed to swell, bulge outward and just as quickly, emptied. She heard the chestnut bounce once and roll across the tile. The relief was instantaneous; like falling face forward into a mountain stream. “Atta-girl,” he encouraged and kissed her anus. She realized he had been holding her buttocks open. She was gaping and extended; cool air inside.

She felt the movement again. The second chestnut was following close behind the first. She bore down and then experienced the release, almost pleasurable this time. He plucked it from her bottom and kissed her there again. He reached forward and placed the chestnut on the top of the desk in front of her eyes. “Something for your husband,” he said. Then he stood and she heard the zipper.

He placed his penis at the edge of the opening. “Yes,” she said. “Fuck me hard. Make it hurt.”