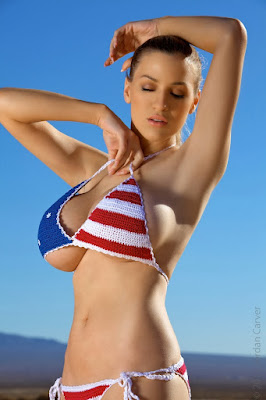 He told me to walk along the pathway and not turn round, I knew he was behind as I could hear his footsteps and as I was getting over a stile I felt his finger go inside me,the feeling was so good I stayed there hoping he would carry on but I was to be disappointed as he said to go on.


Once again I was out walking with my dog Bruno,we walked the same route twice a day and this was our evening walk and we were a bit later than normal. There was no people about which is normal for night time during the day is different though.

My mind had been busy and so never saw the man till he was in front of me,as I tried to walk round him he blocked my path and I was a little worried as he seemed to be in an aggressive mood.

I tried keeping calm as I asked him to let me pass but I should think he knew that I was a bag of nerves, he told me to take my shoes off and when I asked what for he just said do it.

He took the shoes from me and placed them at his side,now your socks which joined the shoes, I was getting worried now I was a bloke so never expected this sort of thing.

I next had to take my trousers of and fold them putting my briefs on top which left me very exposed and a little cold but strange as it seemed I was getting a thrill too which was starting to show, he reached out and fondled it before getting my jacket and shirt of. (Sex Stories)

All the time he seemed passive and in control which made me harder than I had ever been before. I was now stark naked and in a public place god if I was seen now,he told me to tie the dog to the fence, Bruno was not happy he never likes being on a lead let alone tied up.

He told me to walk along the pathway and not turn round, I knew he was behind as I could hear his footsteps and as I was getting over a stile I felt his finger go inside me,the feeling was so good I stayed there hoping he would carry on but I was to be disappointed as he said to go on.

I waited as he came over the stile and he was very close as he got to the ground, I leaned in towards him kissing him on the lips while feeling his crotch,he was hard and I knew he was on the large side he allowed me to carry on kissing and feeling him but very soon he wanted me to walk on.

I was so sexed up that I failed to notice that I couldn't hear his footsteps behind me. I glanced behind and the path was empty apart from myself. I had a long walk if I wanted my clothes maybe two or three miles.(XXX Stories)

I had expected some sexual activity and was randy as hell, the only thing for it was to play with myself as I walked back the way we had come.

The feeling I had when at last my sperm arrived was so good, the feeling of being nude out in the open was new and exciting but I was hoping for some skin on skin fun at the end of it.

I hated him and wanted him in equal measure,where was he and would I see him again.

I arrived back at my clothes and saw that he had hung my pants up showing the sperm on the front, how I would have liked it to have been either inside my mouth or rear passage but he was gone.

I felt the note in my shirt pocket as I dressed saying he had enjoyed the walk and if I wanted a walk again he would look out for me.