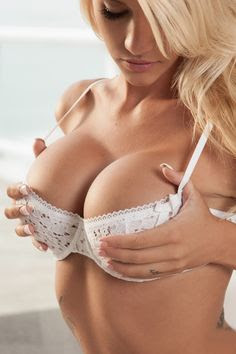 After many months of asking or should, I say begging her telling how much we would enjoy it. She finally agreed to it. (Sex Stories)

The day arrived and we were hot and heavy when, she told me that she wanted me to eat her while he was fucking her. I didn't want to do that, I felt that my tongue would be to close to his cock and I didn't like that idea.

Now back to my story.

I was going on vacation by myself and it had been a long time since, I've had me some cock. I had been thinking about it for as long as I had planned the vacation. I looked at craigs list looked for massages and found one that said that, he gave full body Swiss massages.

I wrote to him and asked him for rates and what it consisted his massage?

He replied back, he stated that, he was 39 with and athletic build with an 8" thick cock. He said that it consisted in a massage with different oils and that he would be totally nude, unless I didn't want that.(Erotic Stories)

He also said that he would work on the area's that, I needed to relief the stress.

I told him that, I wanted to get some work done in my rear since, I was a bottom.

He said that wouldn't be a problem and he was d/d free and clean.

He also said that if I wanted to, I would be able to touch him and play with any area of his. I told him that I would love to suck on his cock if that was Ok!

"He would also love it very much" he replied, he enjoys a good blow job and asked me if I would swallow it.

I said that "I had never swallowed before but if he was clean and could prove it that was one of my things that, I always wanted to do".

We made arrangements to meet the next day of my arrival.

When I arrived the next morning, I could hardly wait to get that massage. I went got me an enema kit and cleaned up took a shower and went for my appointment.

I arrived there just a little early, he opened the door and invited me in .

Wow, Jason was his name and he was very good looking even better then he explained. He opened the door with a robe on. I looked at him and was very pleased with my choice.

He asked me some questions, what I wanted and what, I expected?

He then lead me to another room with a massage table and asked me to remove my clothes and if I wanted to stay in my under wear it would be all right.

He left the room so that I could get ready for him. I got completely naked and laid down waiting for him. My body shook in anticipation of him coming back.

When Jason came back into the room he was also naked. It took my breath away and I laid still as not to show my total excitement.

He worked on my back and all area's my body needed his touch.I felt like I was in heaven.

He was fantastic, he rubbed me just where I needed. When, he reached my sweet spot he took his time massaging it touching me with just the right amount of pressure, I wanted him to feel him inside of me so bad. I wanted to tell him to stick his cock inside of me and to fuck me hard. I didn't though, I struggled but held it in.

I knew that he would when it was time,so I just waited and hoped it would be soon.

Finally he stopped teasing me and was there. Jason slowly circled my hole putting more oil and playing around there. I wanted to scream for him to fuck me,

I waited as slowly he put one then another finger rolling them around the inside of me and putting more oil inside of my butt hole. I thought it was time.

Jason wasn't done with me yet he continued teasing me massaging me, making me wait ,

I had just a taste of his fingers and my body screamed for more but he told me to roll over on my back. He then worked on the front side of me.

He rubbed my balls oh it felt So good.Carefully rubbing me giving the greatest feeling ever. He then finally took hold of my cock and rubbed it, all I could do was close my eyes enjoy it.

I felt his mouth on my cock head Oh fuck I almost came straight away. He was using his tongue on my cock and it was so fucking great.

To my surprise he said that it would be Ok!

If I wanted to do that he keep on sucking my cock until, I could no longer hold it.

I shot my load down his throat and he swallow my man Juice and licked it clean. He then again asked to roll over. I did and he continued where he had left off on before.

He applied some more oil on my buns and worked around them and slowly running his fingers in my crack. He again put one finger then two and then three fingers working them inside of me putting them deeper and deeper inside of me.

He put more pressure on my prostate, I would push into his finger to get him deeper. He would open his fingers while rolling them inside of me.

Jason got on the table rubbing my back, I felt his now hard cock rubbing and going up and down on my crack, when I felt his cock near my hole, I pushed into him hoping to get him inside of me. I was so horny,I could hardly wait any longer, I needed his cock inside of me.

He just played with me getting me more aroused, I felt his cock and balls on my butt. He applied some pressure when his cock was on my hole, he pushed it in slowly as not to hurt me. I felt his cock head pop inside of me, it was fantastic better then I ever dreamt.

I needed and longed for a cock inside me for so long. He stayed still for a few minutes to allow me to adjust to his cock then he pushed in some more. He did this a few times until,he was fully inside of me. He would change rhyme from slow to fast and rolling his cock inside of me. He knew what he was doing and I didn't want this to end.

I screamed out "to him to fill me up".

the moment passed and Jason got of the table and went to go wash up.

As he was leaving I asked him to let me clean him. He came closer so, I could reach his cock. I used my tongue working every inch of his cock making sure that, I had clean his cock well.

He told me that I could get dressed and that he would meet me outside in the other room. I told him that,I wanted to stay for another hour if that was good for him? He said it was but it would cost me some more. I didn't care,I just wanted him to do it again. I needed to feel him fucking me some more it was the greatest time ever.