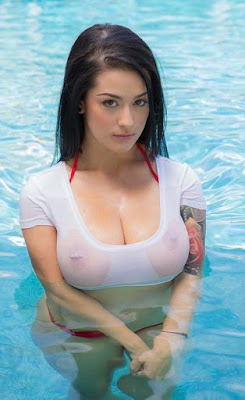 His dick left my crack for a moment and when it returned, it was hard and slippery. Was he carrying lube in his pocket? No matter. I felt it rub against my anus and I tried to relax and open myself to him. I felt his knob push against my ring and slowly, almost gently, it slipped inside.


I live in an Air Force town. It has its benefits.

For starters, not a month goes by without a hot little airman moving into my townhouse complex. In fact, it’s usually two or three hot little airmen sharing a townhouse. The military gives each serviceman a housing allowance for living off base. For airmen that’s about $1,000 a month. If two or three share one place, they can split the rent and pocket the rest, which is why you see so many young airmen, fresh out of basic, driving Mustang GTs and American Eagle motorcycles. With $600 a month lying around they can afford such vehicles.

So it was with more than a little interest I noticed the new BMW coupe parked at the townhouse next door.(Sex Stories)

They moved in on a Saturday afternoon. They owned practically no possessions so there wasn’t much to move – basically a couch and TV, a couple of beds, and boxes of clothes. Later they retired to the upstairs patio where they talked late into the night. It was autumn so I had my windows and sliding glass doors open to air out the townhouse. Sitting in my upstairs office behind the computer, I could hear everything they said.

They talked about girls, mostly. As the night wore on their conversation became more ribald until they were describing individual sex acts, and the crazy things that happened during such encounters. Guys that age always seem to have stories about Mom or Dad walking in on their lovemaking, or a condom coming off inside a vagina, or hubby returning early from a business trip. Probably 90 percent of them were untrue, but that didn’t make them bad stories.

Over the next few days I kept on eye on them. Due to this clandestine observation I learned there were three of them, an Asian fellow who drove an SUV, a block-headed white guy and his motorcycle, and BMW boy.

BMW boy was about 5-7 or 5-8, 165 pounds, with short, curly hair. He looked like a slightly stockier version of the Facebook guy, Mark Zuckerberg. What I remember best about him was his meaty ass. It wasn’t necessarily a bubble butt. It was big, however. Big for his size. He wore those clingy basketball shorts which showed off that big ass without much left to the imagination. I could picture myself diving into that ass with my tongue, eating out his 22-year-old anus. What a story that would be!

Over the ensuing months I continued my sneaky observation of the Air Force household. The boys would leave for the base around 6:30 and come back by 4 or so. They drank a lot of beer in their off hours. Sometimes BMW boy went out on a date, but he never seemed to score, considering the hours he spent with his roommates out on the back porch, smoking and talking about how weird the girl was, and how her father came with them on their date. Very strange.(Erotic Stories)

Nothing much happened until a week or so before Christmas. It seems BMW boy’s roommates returned to their respective homes for the holidays and he was left there alone. Since I live alone I didn’t see that as a problem; he was probably enjoying the privacy.

That day began innocently enough. I went out to the mailbox to get yesterday’s mail, which amounted to nothing but junk. I chucked it into a trash can on my way back to my unit. But as I passed BMW boy’s place my eye was immediately drawn to something.

He had left his laundry basket on the front porch, and it was filled with dirty clothes. And right there at the top of the heap was a rumpled pair of boxers.

I must have presented an odd sight, standing there on the sidewalk staring at a basket of laundry. Truth is I was working up the courage to dart up there, snatch them and hustle back to my unit for a morning of crotch sniffing and jerking off. But I was afraid. What if somebody saw me? What if he was peeking through the blinds right now, trying to figure out what I was up to. And cameras – there are freaking cameras everywhere these days. What if one of them was shooting video of me right now – and oh God, what if somebody loaded that video onto the internet? My life would end. Death by shaming.

Still, I wanted those damn boxers. I had to have them.

I tried to concoct an excuse for going up to his porch, but there was no newspaper to put on his doormat, no piece of dropped mail to leave at his door, nothing.

In the end, I walked up to the door as if I owned the place, reached down, started to pick up the boxers –

– and the damn door opened.

My heart stopped. My breathing stopped. Everything just stopped.

I looked up. He was standing there, his face registering surprise that slowly melted into anger when he saw what I had in my hand. He squinted at me.

“What the fuck are you doing?”

And I could think of nothing to tell him, no excuse, no reasonable-sounding lie, just nothing that would get me off the hook. I stammered idiotically for a moment, then fell silent. Finally, I decided to tell him the truth.

“Sorry, man, but I’ve seen you around and I think you’re hot, so I thought I would take something to remember you by.”

He opened the door and stood aside. “Get in here,” he commanded.

I asked him what for – shit, I didn’t want the dude going psycho and stabbing me – and he said, “Do you really want to do this outside where everybody can hear?”

Well no, I didn’t, whatever “this” was. So I stepped inside and entered the kitchen. By God if he did go psycho on me, I wanted access to knives – lots of knives.

He closed the door and locked it, the knob and the deadbolt. He stood at the entrance of the kitchen, trapping me. He was wearing an olive drab T-shirt and baggy camo pants with lace-up boots, pretty much standard issue for servicemen these days. Even in those crappy-fitting clothes he looked damn good.

“Drop those shorts and turn around,” he ordered.

I reared back, shocked. “I beg your pardon?” I stammered.

“Drop ’em and turn around. That’s my requirement for not calling the cops on your ass.”

Slowly, and with a lot of trepidation, I complied. I felt the satiny fabric of my shorts slide down my thighs, then the scratchy cotton of my boxers. The air in the house was cool and I immediately felt a thin layer of sweat in my crotch and crack start to evaporate. I turned but peered over my shoulder to make sure he didn’t reach for a butcher knife.

Instead, he unbuttoned his camos and shrugged them off his hips. I got one brief look at his cock – it was thick at the base and nestled within an abundant thatch of weirdly straight public hair – before he pushed himself against me. I felt his cock separating my butt cheeks, probing for my hole.

I nodded, too excited to think. My heart was hammering in my chest, not out of fear but sudden lust. This encounter had taken a delicious turn for the better.

His dick left my crack for a moment and when it returned, it was hard and slippery. Was he carrying lube in his pocket? No matter. I felt it rub against my anus and I tried to relax and open myself to him. I felt his knob push against my ring and slowly, almost gently, it slipped inside.

He wrapped his arms around my chest and laid his cheek against my back and continued to push inside me. I felt a warm glow spreading from my ass across my entire body as his rigid shaft sank deeper, and deeper, until I could feel his pubes in my crack and his balls rubbing against my own balls.

He started fucking me. His crotch was like a bowl that was filled with my ass. He thrust in and out, in and out, and I could feel his cock coming into me from different angles, always filling me and sending waves of pleasure surging through my nerves and into my brain so that any other thought but to allow this young man to do this thing to me was quashed.

“You’re letting a man use your body for his pleasure,” BMW boy groaned as he pushed harder and harder. “You’re letting a man conquer you and use you like a filthy slut.” Christ, his dirty talk was setting me on fire. His balls were now banging into mine and I really wish I could have tasted those babies – not to mention that thing inside me – but he had been so direct and forceful.

The sensation of being fucked by this 22-year-old was more than I could stand. I spread my legs a little wider to lower my ass, and somehow that gave him the ability to push another half inch of that fat cock into my asshole. As he continued pounding me I began to smell his sex, and the tang of ass, and I just wanted to lose myself in the sensory overload.

He held onto me through the aftershocks of his orgasm, and then slowly unglued himself from my body and withdrew his cock. He stepped backwards across the kitchen, breathing heavily, his Mark Zuckerberg face flushed, and yanked a paper towel off the dispenser. He used it to wipe off his cock. I pulled up my shorts.

Then he was pushing me to the door. When we reached the porch, he grabbed the pair of boxers and threw them at my chest, hard. I caught them.

And as I hurried back to my townhouse, clutching my prize in my hand, all I remember hearing him say was, “Next time.”