"Adult Stories" Sex in a Carpark on Valentines Day 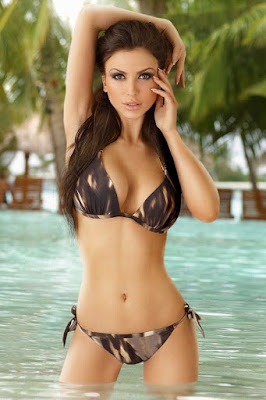 She put her hand on my thigh, real close to my dick and said "What about your wife?" I looked at her and told her she is my wife but your friend as well and it is best we keep her out of it. The next few seconds passed by like years and she finally leaned over and said lets keep her out of this and asked me to meet her in the car park when my wife was back. Fuck!


It's Valentines day, again ! Having been with my wife for over 5 years I know what she wants and how to get it arranged for her. Same old restaurant with same old wine and her usual long dress for hire.

I rush home to shower and change and the pick up transport shows up on time for once and I am off to pick wife up from her work, a 30 minute drive. The driver was a short funny dude who wouldn't shut up so I slipped him a few dollars and told him what to expect when dinner was over. He smiled and said "no problem", and told me banging the wife in a limo was a very common request on Valentines day!!(Sex Stories)

Wife walks out of her office building and to my surprise she introduces her friend Natasha and tells me Natasha would be coming with us as the poor girl has no date. Fine by me as i didn't have to talk so much and let the girls get along. Natasha was very polite and well mannered and i asked her if she wanted a drink. She settled for some wine and was very impressed with the limo I had hired.

Driver dropped us off at the restaurant, usual reception with the door man who knew us by now and we settled down at the window seat. Wife wanted to go and freshened up so I started chatting with Natasha by asking her what she did and where she was from. She told me all about how her boyfriend cheated on her just days ago and she did not see it coming and was totally at loss of what to do from here on.

"Well" I said "A little wine always helps with the thinking process." and she smiled and to my surprise brushed my hair with her hand and said "thank you."

I never ordered wine so fast, by the way, wife is still freshening up. I raised the glass to her and said "No point in waiting for my wife as by the time she is back it will be another 30 minutes or so".

Natasha drank a lot faster than I thought, I figured she was still upset about her boyfriend. "So, do you like the restaurant?", I asked. She said she was very impressed with how much attention I payed to the details and loved my selection and taste. She was right in the middle of telling me how she wished someone paid this much attention to her when I saw a tear in her eye. Just a tiny little one but unmistakably a tear. I moved closer and put my hand on her head and rested it on my shoulder and said "You will find someone much better."

My body had never sent all the blood right down to my dick this quickly. I froze for a few seconds wondering what to say. I mean my wife would be back any second now. What came out of my mouth next was something i still can not explain, I said "I can make you forget everything for a night if you let me".

She put her hand on my thigh, real close to my dick and said "What about your wife ?" I looked at her and told her she is my wife but your friend as well and it is best we keep her out of it. The next few seconds passed by like years and she finally leaned over and said lets keep her out of this and asked me to meet her in the car park when my wife was back. Fuck!!

I skulled another whole glass of wine as she walked off to the car park and I was trying to look calm and normal. Wife gets back eventually and I told her to order as I had to make a phone call and Natasha would be back from the toilet soon. I have no idea if my wife suspected anything as I walked away fiddling with my phone.

Downstairs past the toilets was where the carpark was and my heart was pumping out of my chest by now. As soon as I was out of sight I ran. I couldn't find Natasha anywhere in the car park. Surely this couldn't have been a trick, not on Valentines day. That would be cruel!!  I was stunned, thinking of what to do next when i felt a hand on my shoulder. There she was, Phew!!

I pulled her towards me and kissed her on the lips. very soft,  moist lips. her thighs were so soft and her breasts felt like jelly. I grabbed her hand and took her behind this SUV, pushed her face forward onto the back of the car and rubbed my crotch against her butt. She was moaning in joy, or pain which ever it was I really didn't care.

Back of her dress had buttons, I hate buttons. They are very hard to open and I couldn't rip it off. She was pushing her butt hard against me and my hands were shaking as  I was opening those bloody buttons. Her neck was beautiful, soft, sexy. I licked her shoulder and opened her bra. Her panties were showing by now, pink and black, my favourite colour combo.

By now I was down on my knees, licking her panties and my hands on her front. Her thighs were so soft to touch that I didn't know if i should forget the back and just fuck her. I pulled her panties down to her knees and she said "We'd better hurry up". Fuck, I pulled my dick out and pushed it in her butt. She bent forward and let me push my dick in her ass. It was like heavens had opened up and welcomed me with open arms.

She was moaning loud and clear now. I touched her pussy with my fingers, soft and she had a little bit of hair, not that I could see it but I could feel it. She pulled her bra completely off and took my hand and put it on her breasts. I grabbed it so hard she screamed. I wasn't gonna ease off now. In and out, in and out, my dick was slamming her ass. She turned around and said "Fuck my pussy".

One leg up on a wall and she leaned against the poor old SUV. I shoved my dick up her pussy, it was so wet by now. She had hers eyes shut and her hair was down already. She looked like a sex goddess. She held my shoulder and wrapped her legs around me. Wohooo this was great.

Oh fuck, my wife was standing there looking at us!

Natasha had her legs around me, my dick in her pussy, there wasn't too much that came to mind in the form of an explanation to my wife as to what was going on.

Surprisingly Natasha spoke up, "It was my idea", she said.

"I thought you were my friend", said my wife. Natasha said sorry and told my wife what she had told me, that her boyfriend cheated on her and she wanted one night of freedom, no strings attached, fun.

My mouth dropped open and i almost fainted when my wife said "Well in that case, just this once."

Before I could do or say anything, my wife had taken her dress off and was giving Natasha a hug. I thought I knew my wife, boy was I wrong. She pulled me towards her and said "Do her first and I am next". Yes, Madam.