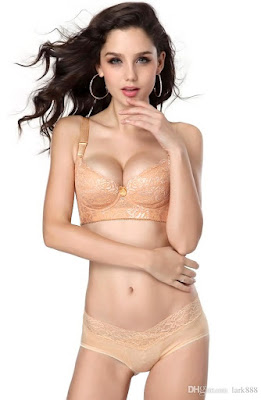 She pulled him up burying her face in his neck and whispering " I want to feel you inside me" he was more than willing to fulfil this request. It began like any other weekend for them he drove hours just to get to town. The drive was excruciating for both of them. The anticipation, the desire, the needing and longing for one another's touch.


He finally arrived around midnight, she met him at the door in the cute little pajamas that he always loved seeing her in. Her hair was down curls full and bouncy her beautiful eyes glittering like the deepest blue sapphires in the moon light. He found it hard to control himself. He was so in love with this beautiful woman standing in front of him.

She to had a very deep desire for this man. She knew that every time he came to town their love would just continue to grow. They couldn't even make it off the porch and into the house before embracing each other in a deep passionate kiss he could feel her firm breasts pressed against him and she could feel his hardening manhood pressing against her through their clothes. (Sex Stories)

She knew it wouldn't be long before she had him in her bed for a night a passionate love making. They continued in the house, he directors her to sit on the couch and she obeyed. He wandered into the kitchen pouring them both a glass of wine.

Sitting on the couch next to her and holding her close just so he could feel her body against his. He took a sip of his wine, then eased in to give her a deep passionate kiss. She didn't argue she had been waiting almost a week to be back in his arms again. They sat on the couch soft music playing, drinking wine, sharing one another's passionate kisses. The kisses became longer deeper and more passionate. Their tongues in an almost rhythmic dance.

Her hands resting on his chest playing with the soft mound of hair. She love a hairy chest on a man. To her his was the perfect combination of muscular with a soft patch of hair. As their kissing continued, she could feel his breathing sharpen. His chest rising and falling harder and harder as their session continued.

His hands began gently on her cheeks stroking the side of her face and adoring the look in her eyes. He gently began rubbing her shoulders and her back while they kissed. The intimacy she felt during their kissing and his rubbing was becoming intense.

She could feel the passion beginning to swell up in her body her firm breasts getting a little more firm the tingle in her lower regions were getting to the point where she could no longer ignore it. She pulled him in a little closer deepening there kiss their tongue still dancing in and out of each others mouths.

Her hand still caressing his now bare chest. Her hand rubbing over his nipples so she could feel how hard his nipples were getting. She already knew that hers were becoming erect and elongated as they kissed and passion flowed through her body as well. Her hands continued slowly down the stomach enjoying running her fingers through his happy trail.

She could see the swelling in the front of his jeans as she continued to kiss his chest and stopping at his nipples. His hand still rubbing her back Easing down her back to undo her bra. He had already unbuttoned her top and she hadn't noticed. Perhaps she had become so enthralled in what she was doing to him she just never realized it was happening.

He slowly eased her top off her shoulders and allowed it to fall on the couch. Her bra being undone allowed her ample breasts to be free. He eased her down onto her back both of them shirtless she could feel his manhood pulsing through his jeans against her body. His mouth exploring every inch of her neck and breasts. She did so love the way that he kissed and seem to truly know every sensitive place on her breasts. his tongue exploring her erect nipples. She began moaning softly with pleasure.

His mouth was so skilled, with the way he explored her chest and stomach. He made a discovery completely by accident, his hands caressing and touching her body as his kisses eased down to her stomach. His hand brushed that soft area on the front of her hip. Her body began squirming almost uncontrollably.

He hadn't even touch her in the most private of spots yet but she could feel the sensation and her groaning just from his hands on the front of her hips. His touch was soft, it was almost a Tickle but it sent electric shocks through her body.

The moisture between her legs increasing with every kiss and touch. Did he even know what he was doing to her yet?

Her hands ease out of his hair and onto the back of his shoulders, her nails digging into his back as he kissed her stomach. His mouth began working its way down to the same spot his hands had brushed a minute earlier. He hadn't pulled her pants off, but still was kissing her through her clothes.She couldn't take it anymore she reached down and pulled his face to hers. Thrusting her mouth to his he forced his lips apart with her tongue.

Her kiss was deep passionate and almost unbearable once again she could feel his manhood pushing against her. She whispered in his ear don't stop kissing me, as she reached down and slowly undid his pants.

She eased his pants down freeing his manhood. He managed to get his legs free of his jeans. Her hand easing back up his thighs until it found his manhood she softly began stroking him.

His breath deepened as he let out a small sigh of ecstasy. He had done exactly as she had asked and never stopped kissing her. His strong hands eased down her body sliding her pajama bottoms off exposing the cute panties that were his favorite.

Her soft thighs and beautiful body was such a turn on for him. She also loved the way his body looked and felt against hers. The soft kisses, the deep passionate kisses, the kisses down one another's bodies, it was almost more pleasure than anyone should feel.

His kisses once again began trailing down her body, he paused for a brief moment at her beautiful breasts kissing and teasing her nipples with his tongue. But it didn't last long as his mouth continued to lay a trail of kisses down her body and stomach.

That's when he remembered that little wiggle she gave when his hand had brushed the inside of her hip. He began placing soft slow meticulous kisses up and down the line of her Inner hip. His hands gently massaging up and down her thighs  every so often he would brush against her ever wettening sex.

He could feel the heat radiating through her panties. She's so hot down here he thought as he continued to kiss her inner hip. He eased her panties to one side so he could  finally touch her in the most sensitive of places. He loved how wet she got at his touch.

Her body pushed hard against his hand forcing more pressure on her throbbing clit. Her hips began to do soft circles almost helping his fingers Explorer her body in the perfect way. His hands began massaging her legs reaching around massaging her lower back.

He gently cupped his hands around her perfectly round backside and eased her hips forward so he could kiss her hot sex. Her body grinding more and more as his tongue and kisses explored her sex. It didn't take long for her to begin losing control.

She pulled him up burying her face in his neck and whispering " I want to feel you inside me" he was more than willing to fulfil this request.

It was no trouble at all his manhood found her sex all too easily her body was so hungry for him. His manhood slid inside her with ease, as it did she let out soft moans of pleasure. He whispered in her ear that she felt incredible.

They slowly made love on the couch their bodies in a perfect embrace. Neither one of them could remember ever feeling this way with anyone else.

His thrust became quicker, he couldn't help it, it was a natural reaction to the way her body moved it was almost as if they could read each others minds their bodies mingle perfectly into mind blowing sex.

Their orgasms came simultaneously the perfect timing with one another. They laid there on the couch holding one another and staring into each others eyes while trying to finish that first glass of wine.