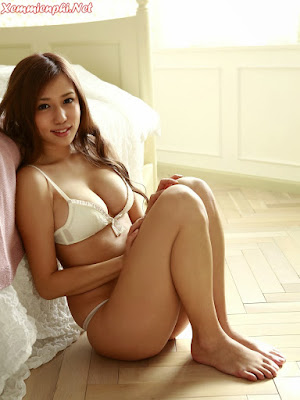 The kisses reached a paroxysm of passion. I asked her if I was going at it too hard, but she was just grumbling and pulling me inside of her, obviously eager for yet more pounding. Like a great athlete nearing the finish, I reached my full pace and felt our entwined bodies as one in the vibrations of the mattress.


The smoke from her cigarette seemed to take forever to reach the ceiling. Standing behind her chair, hungrily sniffing her hair, I knew what was going to happen when that cigarette would have been put out. I was going to be the center of her attention. I knew all the conversation was over because we had known each other a long time. Yet somehow, deep emotions would inevitably always creep in when her cooch pressed against me.

In a common understanding, she is not very pretty. But she is feminine from head to toe. A well-rounded and proportioned face, with the cutest ears you could ever imagine, lobes that beg eternal kisses. A small mouth with the most versatile tongue I have ever encountered, standing in contrast with that wide and level forehead, preceded by a medium-length black hair.(Sex Stories)

The small, round and even breasts fit in wonderfully with the bland tummy, which is much more appealing due to perfect imperfections. The short, slim legs are saved by the smooth texture of her skin, and feet that are adorned with the most delicate little fingers. Her thighs are ever inviting, with the space around and between them being my resting place of choice.

As I kissed her hair, she slowly took my left hand putting it around her waist, whispering that we should find our way to the bedroom. I followed her, remarking that a petite turquoise top and insignificant panties was all that separated me from her nakedness. I undid my belt and unbuttoned my shirt on the short walk. I brushed my lips against her eye-brows. She took hold of the situation and pushed me onto the bed.

She made her way into my arms, engaging in a violent embrace as I was seeking her left breast with my right hand, the pillows with my left, and her mouth with mine. My left thumb was by now my only free appendage, and, with some effort, I managed to slide down the panties. I can recall now the instant sequence of embraces – her and me, us and the pillows, the bed embracing everything and everyone.(Erotic Stories)

Her time to lead was over. I sat on the bed leaning against the pillows and parted my legs. I positioned her with her back to me between my legs, beginning to fondle her all over, while gently moving my tongue across her back, from one shoulder to another. She was grabbing my calves with both hands, I was rapidly groping from her tits to her belly-button, while my hour-long hard, thick member was pressed against her spine.

The breaths were accelerating, and I realized that only a tempo reduction would be the key to an unforgettable session. I began slowly massaging her tummy, spelling “c-a-l-m” while chewing on her left earlobe, and she immediately kept her hands to herself. After this symphonic session of heavy petting, I muttered a ridiculous question. “Are you wet?” Chuckles of “come and see!” made me fix my palm on the pristine lawn between her thighs.

There are rare, blessed times when you are able to see and feel below the surface. This was one of those times. Covering her entire hole with my hand for several dozens of seconds, I could actually experience the blood flowing like a torrent. Seeing that I was enjoying the idle pace, she took my hand and started rubbing. “Touch my clit … GENTLY!” she sighed. And I complied immediately, in the only way I know how: terrified that I wouldn’t hurt her. But by then it was almost impossible.

I parted those heavenly lips with my fingers. Now I am not what you would call an adventurous guy. Yet, having some kind of history with the girl, I knew that there are few things she refuses. In goes the index finger, for the first time in her cunt. I was amazed by the pressure. My dick hadn’t been subjected to that kind of pressure before. With me exploring the Promised Land, she sought behind her my titanic erection. It was time for the main course.

A happy pussy is a drenched pussy. I laid her on her back and again parted lips, this time with my tongue. The first moan made me want to tease her. I repeatedly licked all over both thighs, until she squirmed for my tongue to open her slit again. I licked long from the opening of her asshole up until the belly. She then demanded my prick inside her mouth, and naturally I couldn’t refuse.

I knelt right above her burgeoning bosom and looked down. For the first time in my life, I was satisfied with the size of my cock, knowing full well that the minuscule mouth could not even swallow the whole head. I thought it was as thick as a baby’s arm. She gradually turned her head towards it, and my expectations were confirmed. There was no more space in her mouth for anything other than her tongue and the head of my member. But this girl is always full of surprises!

The dictator in me was awakened. “Lay on your belly!” was not met with refusals. I was licking her temples and cracking her buttocks. Admittedly, I searched for the opening for a few seconds. She guided me in with only a slight movement of her hips, and there were some long breaths from both of us. With rare in and out movements, I softly poked her, while enjoying the whole left side of her face, slurping it. For minutes at a time, I didn’t thrust inside of her. I wanted to connect the warmth of our bodies and just be in her. Plus, cowgirl was just around the corner!

I haven’t met a woman with the ABC of sex under her belt to not be able to cum when on top. This was the most predictable part of the whole affair. The only surprise was that my soldier was still alive in the trenches. I knew how it was gonna go down – she would stay upright and fondle her pleasure button until she would come, and then come over me and kiss me. Though visually very stimulating (how could seeing your dick being engulfed by a boiling pussy not be), cowgirl doesn’t emotionally do it for me, so after she came, we both knew that missionary was the setting for the grand finale.

She literally immersed her tongue down my throat – probably as a thank you for her orgasm – and lied down. I put both my hands on each of her cheeks and mounted her. She firmly took my prick and placed it near her trickling cunt. With almost no push, I was inside her, starting to rhythmically thrust. Firstly, with only half a cock and slowly. The kisses reached a paroxysm of passion. I asked her if I was going at it too hard, but she was just grumbling and pulling me inside of her, obviously eager for yet more pounding. Like a great athlete nearing the finish, I reached my full pace and felt our entwined bodies as one in the vibrations of the mattress.

With convulsive coos near her left ear, I began climaxing and filling her with an avalanche of cum. All the intensity was released in that saintly pussy and, for a moment, I thought I was gonna faint. Then, I felt the pressure from her pussy to uncunt her. I wasn’t about to do that, as I stayed inside the warm paradise until my hard-on evaporated. The load was so huge that we both laughed the next day when assessing the damages. I don’t know how much time passed with me nestled between her breasts, with me caressing her forehead and her the back of my neck.

All good things come to an end. Even though our attraction had by no means come to its physical resolution, she insisted on a shower. The bathroom, however, was pitch-black, due to a lack of reserve light bulbs. “No matter,” I said, “I found your pussy and you grabbed my dick in the same conditions”.

Carefully entering the tub, she fumbled her way to the shower head and, pointing it towards my groin she unleashed an ice-cold stream. I shrieked and forcefully grabbed her ass. She pointed it away, laughing at my perceived lack of manhood.

“The hot water takes a while!”

“How are you gonna make it up to me for that?”

“What do you have in mind?”

“You do know that I still have something hot left in me, don’t you?”, I asked as I guided her head down to my prick. Ever the pleaser, she started licking the shaft of my cock and caressing my thighs with her lips. Alternatively, she took each nut in her mouth, sucking with a surprising degree of responsibility. Gently clawing up and down with her nails on my back while tightly gripping the hardening prick in the aforementioned fine vise with a hyper-feminine hunger, I quickly exploded in her mouth.

When I came to my senses, I felt my softening member being glued to her tongue by a mixture of semen, spit, attraction and the sheer joy of authentic living … And then the hot water came.