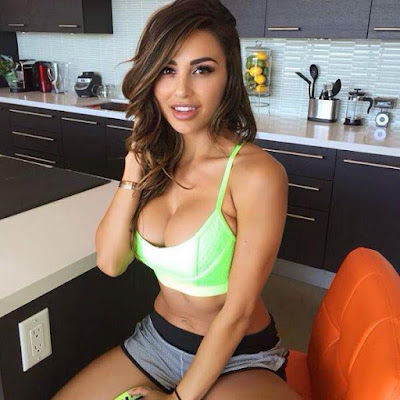 Well there was no way I ever wanted to suck a cock, but I pondered it for a long time. Long story short, in a moment of desperation, I gave in and did it. Barbara set it up with a ‘gay’ guy that she knew so that she could watch the whole thing.

I met her at her house. Barbara immediately made me strip so I’d be ready when her friend got there. When she opened the door to let him in, I caught my breath when his broad shoulders filled the opening. Damn. I though, no man had a right to be so overwhelmingly sexy. Not that he was traditionally handsome. His appeal came from a rugged strength that I’d never encountered in a man before. He was about twenty eight years old, six foot three, two hundred and twenty eight lbs., and broad shoulders that tapered into narrower hips and a firm ass that had me itching to touch. Chestnut hair set off golden brown eyes and a square, stubborn jaw. He was attractive enough, but what drew me the most was the command and control that he seemed to have over himself and everything around him.

I sank to my knees as I stared at the stranger’s crotch. I could see the bulge in his pants even before he freed his cock from them. I’ll always remember seeing his huge, soft dick for the first time. It was so big, even soft it was much larger than mine. It was uncut and about 9-inches long.(Adult Stories)

I had never done this before and I was suddenly scared to death. I reached out and with a shaking hand grasped the cock in front of me. I marveled at the warmth that was radiating off this stud’s dick. As I stroked it back and forth the stranger groaned. Finally getting up my nerve, I leaned forward and stuck out my tongue.

Nervously I closed my eyes as I prepared to taste my first cock. The musky smell of the big stranger’s balls drew me in. I kissed the head of his cock and ran my tongue around the head. I stopped and looked at it for a minute. I had just licked my first cock and even though I’d never admit it to Barbara, I liked it. I licked again at the head and sucked as much of its length into my mouth as I could. I sucked up and down fast, coating the cock with my saliva. I pumped my fist up and down on his powerful shaft as I sucked at the head. Then I took its length into my mouth, I felt the cock grow and knew his orgasm was approaching.

Of all the lies my ex-girlfriend, Barbara told me, saying sucking a cock would be ‘no big deal’ was the biggest. It surely was a big deal. And now I know exactly why, first hand. The manipulative evil bitch! On a positive note, she hasn't contacted me in half a day, and I realized that at least there were no pictures taken of my disgrace. I sure as hell wouldn't need that.

Then came the worst part. When I was done, she just laughed at me, calling me a pathetic sissy cocksucker. Turns out that the ‘gay’ friend wasn’t gay at all. He was the new guy that she was fucking. She said there was no way that she was taking me back now, after I sucked cock for her. And, she said that she was right, I was a natural.

Barbara just laughed and laughed and laughed, as she tossed me my clothes and told me to leave. As I was dressing I was thinking, just how straight this guy could be if he let me suck his cock. I think the difference was that he was okay with his cock being sucked by a guy, but he wasn’t going to suck one. So I guess that means that he's bi at least. That's a little different from not wanting to blow a guy, but doing it anyway. Plus giving a blowjob is much more submissive than receiving one. And he was bigger than me physically and kind of tough looking. He was probably just humoring her and going along with her plan. In fact, afterward, when she was laughing at me, explaining things, I got pissed and called her a bitch among other things. She just said, "No, sweetie, you’re the bitch!"

Then the dude told me, “Get the fuck out of here before I kick your fucking ass.”

What a fucked up night. Red faced, I quickly finished dressing and slinked out in shame.  As if it wasn’t humiliating enough that I’d sucked a cock, but even worse I’d enjoyed it.  I rushed home; dejected, humiliated, and feeling way too used, and immediately brushed my teeth and gargled, twice, then showered. But the aftertaste lingered for a very long time. Heck, two-days later, it seems like I can still taste it, and it's making me queasy.

Last night Barbara sent me an e-mail telling me how enjoyable it had been for her to watch me sucking a cock, she even thanked me. But again she reiterated that she doesn't date sissies. She totally set me up, and I cannot think of a worse humiliation. I just hope that I can somehow recover some dignity one of these days.

But whatever, it's over, and I'm trying to move on… if she'll let me, that is. I got another e-mail from her, telling me that she was sorry and didn't mean what she said and that this time, for real, she'll take me back if I blow another guy for her. I couldn’t believe her nerve. No ‘fricken’ way lady, I shot back.

Cuckolded? Well, I'm pretty sure that she cheated on me a few times. Well in fact, she told me that she did, and though I wasn't happy about it, I was pretty much just happy to be with her anyway I could. Part of me was glad that it was over, but part of me missed her shit, as fucked up as it was. Oh well.

Anyway, it's been weeks and I haven’t had sex since. I know that I should get back on the horse and find a nice girl, but I've been in kind of a hibernation mode after my humiliation. And that’s what really sucks, having my last sexual memory be blowing some asshole dude and then her laughing at me. I know it's impossible, but I think I can still taste it. I feel so used and unclean. I'll get back out there, but it’s going to take some time to get my confidence back.

Unfortunately, after tricking me into blowing her new boyfriend and dumping me for good, Barbara isn't through with me yet. I guess I was crazy to suck the guy’s cock. But I did it as an act out of desperation hoping that she'd take me back if I did.
.
And if things weren’t bad enough, it turns out that Barbara did take pictures, or so she says. Barbara said that she had always wanted to get a straight guy to suck a cock for her, and when I did, she wasn't going to miss an opportunity to get that on film. She says that she had a web cam set up and secretly recorded my humiliation. Besides the video, Barbara said that she had some great still images of me in action.  She said that there was a particularly cute picture of me with a cock in my mouth and that she cherished that one as her greatest trophy ever. She originally told me that they were just for her amusement and that she'd never share these with anyone. But since then, she has changed her tune, and now I am really fucked!

Well it turns out that she has another new boyfriend and while looking at my video, she decided that I should blow him too. In fact, she wants me to blowing all of her new boyfriends at least once for the rest of my life. She said that she knows that I still worship her and that it's only fitting that I should ‘endorse’ all the cocks that make her so happy. The controlling bitch wants me to do this ‘out of love and admiration for her,’ and ‘as something that we can still share.’

But, she laughed, if those reasons weren’t good enough, then I needed to do it to avoid having the pictures sent to my parents. I know that the bitch would do it too. What the hell kind of mess am I in now? I cannot think of a worse or more humiliating predicament. I am totally trapped and fucked by my ex... and I don't see any way out. She always did have a way of getting what she wanted. I am sooo fucked.

I reached down and gently touch his hard, throbbing cock. Taking it in my hand, I gently caressed it, rubbing the shaft before moving my hand down to caress his balls. I could tell that he enjoyed my touch because he pushed his hips forward, pushing himself against my hand. I could feel his erection growing in my hand.

As I knelt down and planted a kiss on the tip of his hard throbbing cock, I thought to myself, at least Barbara has good taste in guys. With a chuckle, I ran my tongue all over the head, and then I slowly moved down his shaft and gently kissed and licked his balls. Then I was so busy running my face over them, and then sucking them one at a time ever so softly, I was too busy to worry about Barbara and her threats.

With a moan, he ran his fingers through my hair as I ran my tongue up the length of his cock. Parting my lips, I softly sucked him into my mouth. I found the smoothness of his skin to be sensual and powerful at the same time. I could taste the saltiness of it, as I took the head out of my mouth and run my tongue right under it, circling ... licking, and sucking him back into my mouth. My right hand encircled his shaft, and I begin to rhythmically stroke him in time with the action of my mouth. I could feel his excitement grow, as I took more of him into my mouth. I ran my tongue all around what was in my mouth before I started gently moving my mouth up and down his shaft.

As I caressed his balls, I had as much of his cock in my mouth as I could. I generated as much suction as possible, and started to use my mouth to move up and down, sucking, taking all of him on the deep stroke rhythmically, I stroked, and sucked, and stroked and sucked, faster and faster, and finally with a powerful moan, I felt him tense up as he reached orgasm. I felt his cock pulse in my mouth with each wave of ecstasy.
.
After his energy was spent, I found myself wondering what Barbara’s next boyfriend would be like. Oh well, only time would tell.