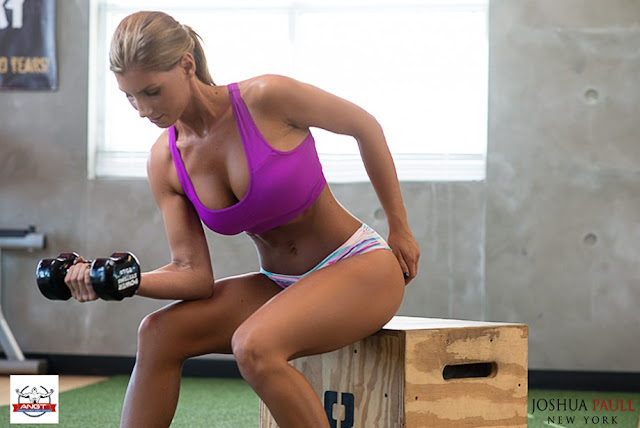 By the time I got back Barbara already had her top off and Vince was sucking on her left breast. I said, “Damn, nice scene to walk into."


An Old College Friend part-1-of-1 A few days ago we got a visit from an old college friend. Vince was in town on business and called to see if we were home. Several times he’d call that he would stop by and then never show up, so we didn't have a lot of faith that he would this time. We’ve played with him a few times over the years so we always looked forward to him spending some time out in our neck of the woods. After his call, in anticipation that he was telling the truth this time, my wife Barbara quickly took a bath and shaved her pussy and her legs. She wanted to be shaved just in case. To our surprise, Vince showed up about an hour later. He had to work in the area the next day so we told him that he could take a shower and wash his clothes at our place. Barbara showed him to our bathroom and helped him get undressed. (Sex Stories)

When we came back inside, Barbara sat at one end of the couch and I took the lazy-boy. Our friend, Vince sat in the center of the couch next to Barbara. I realized I had to take a leak and just as I got up Vince leaned over and kissed Barbara. I told them to, “Have fun. I'll be right back." By the time I got back Barbara already had her top off and Vince was sucking on her left breast. I said, “Damn, nice scene to walk into." Barbara was leaning back on the couch with her head tilted back so I went around behind it and started kissing her. Meanwhile Vince moved his attention to the other breast and then worked his way down until he was able to pull off her thin pajama bottoms. Then going to his knees on the floor in front of her Vince started to softly lick her pussy, while I kissed her and played with both of her 34C breasts. As I watched, Vince slid one finger inside her tight pussy and slowly massaged her g-spot. Sighing, Barbara murmured, "It's so nice to find a guy that knows how to eat pussy." We’d had a few partners over the years but none of them ever made her cum orally. (Erotic Stories)

I kept taking turns kissing her and sucking on her breasts for about ten minutes or so while Vince intently enjoyed the pussy he hadn't had the chance to eat for nearly three years. After she cummed, I took over in Vince's position between her out stretched legs while he moved up to the couch so Barbara could suck his eight inch cock. I love watching her with a big cock in her mouth, so I ate her pussy while I watched her suck cock. She sucked until I made her cum three or four more times. Then I stopped to give my jaw a rest. Meanwhile, Barbara rolled over on to her knees and had Vince lay back on the couch with his legs wide spread so she could get a better angle on that nice hard cock. To my amusement, she slowly licked up and down his shaft.

I moved back to my chair so I could take in the sight of my sexy wife with her amazing naked ass pushed up in the air, with her knees on the couch, bent over with a big hard cock slowly sliding in and out of her mouth. She started to suck faster and faster while getting his shaft farther and farther down her throat. She just loves the feel of a hard cock hitting the back of her throat. She continued this for several minutes before I went over and started to caress her ass. Then I started to lick her butt cheeks and pussy from behind. A few short minutes later Vince started to squirm and said, “I need to take a break. I didn't want to cum yet.” I sat down on the couch and Barbara turned her attention to my rock hard cock. She slide to her knees on the floor in front of me and started to deep throat me, sucking it all the way to the base.

Vince sat next to me and just enjoyed the show. Barbara was naked with her breasts hanging down and her nice ass swaying back and forth as she sucked. Then pushing my legs further apart, she moved down and started licking and sucking on my balls. As she worked over my balls she noticed that Vince was rubbing his cock again, so he must be ready for more, she said. With a little chuckle, I told her, “I needed a break. I don't want to be done anytime soon either.” So Barbara eagerly crawled over to Vince and started to suck his cock again. I needed some air so dick swaying, I went outside on the patio. Then I had a cigarette while I watched my wife suck this guy's cock from outside. I told you I love to watch. When I was done smoking, I came back inside and sat down in my recliner. By now Barbara was not only sucking his cock but was now taking turns sucking on his balls as well. Barbara soon shifted her attention to licking his shaft up and down while watching me sit there. Seeing me, she motioned for me to come join them on the couch. Mouth to full of cock to talk, she patted the couch indicating I should sit next to her. As soon as I sat down, she motioned for me to kiss her.

When I started kissing her his cock was right next to our mouths. As our lips touched she leaned over a little so that our lips were touching his cock. She then opened her mouth and took turns kissing me and sucking his cockhead. She then softly asked, "Would you like to help me?" Reluctantly, I started kissing her and licking her check while his cock was in her mouth. As we kissed I moved my lips closer and closer to the action. Before long I was French kissing my wife while Vince’s hard cock was between our lips. Then with a little giggle, she nudged me to take him in my mouth. I always do what I'm told. So there I was for the first time in my life with this big cock in my mouth and I liked it. But not in a gay way, just in a sexually exploring way. For the next few minutes we took turns kissing each other and sucking on Vince’s big cock. While I had him in my mouth, she would suck on his balls. Suddenly, she told me, “Take him in as deep as you can.” I have a bad gag reflex so as I bobbed my mouth up and down his thick shaft, I only got him about half way down. Vince was moaning, “Ohmigod, here it comes,” loudly and getting harder, so she knew that he was about to cum.