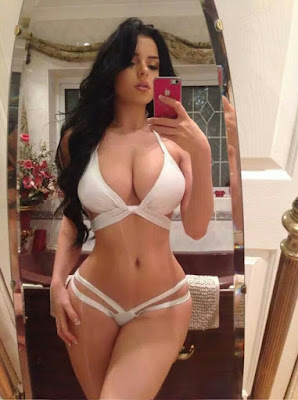 The other was a small adult theater. I’d not been to the theater before, so I checked its times and found it was open. I’d heard that guys and couples go there to play at night. Of course it wasn't night, in fact it was midafternoon, but I decided to go there anyway. I figured that if things didn't work out I'd just head to the bookstore and find some guy to suck my cock through a glory hole.


When I arrived at the theater it wasn’t crowded. Only a few people in the theater part and a couple more looking at stuff in the shopping area.

It was very dark in the theater area but I could see movement as I stood at the back letting my eyes adjust. Soon I could make out guys in the last row jerking off.

In the middle of the theater there were two guys sitting together and as I watched, one bent over and started to suck the other guy’s cock.

As my eyes adjusted more, I noticed a couch area off to the side. There was a guy there with a woman who was playing with his hard cock. I moved over nearer to them and watched as the guy blew a load in her mouth! She kept on sucking and swallowed it all. Good girl, I thought to myself.

One of the other guys that was in the back row had also moved over next to me and was rubbing his cock through his pants. It didn’t appear to be a large cock. And he soon confirmed my guess when he pulled it out and started jacking it off for me to see. When I’d watched a couple of minutes, he smiled and asked, “Do you like what I’m doing?”(Adult Stories)

By now my cock had grown and was straining to get out of my pants. Suddenly another guy's hand reached from my other side and grabbed my cock through my pants.

Without even thinking about it, I unzipped and let him pull it out.

I looked over at the woman who’d sucked off the guy on the couch. I saw he was gone so I move over to sit beside her.

She smiled and reached for my limp cock. When she played with it a little, it started to inflate a little. She decided that some more stimulation was needed so she bent down and nursed the tip, probing and prying at the pee-slit with the tip of my tongue. Soon she was lapping at the velvety head and running her tongue in circles around the rim exploring.

Then she swallowed it down but only a half inch at a time. She went little by little obviously enjoying and savor every last little bit of it. She was down to where she was taking the whole thing deep in her throat and at the same time sticking her tongue out underneath my cock, reaching out to massaging my balls with the tip of her tongue. At the same time allowing her throat muscles to clamp on tight with a hungry milking action.

Then she slowly back my cock out while she moved her mouth's focus to the back side of my ball sack underneath.

Soon I was sitting there with a nice boner. She was indeed a good girl. After sucking my prick she stood up, lifted her dress, dropped her panties and bent over in front of me. I stood up, dropped my pants and underwear and started to guide my now hard prick to her pussy.

Reaching between her legs, she took my cock but instead of sliding into her pussy I felt it slide easily into her ass. And what a nice feeling that was.

As I started stroking into her I did a reach around for her pussy and then realized why I hadn’t been invited into her pussy. She didn’t have one. She had a hard cock instead.

In the dark I’d thought she was female but she wasn’t. She was a very passable CD. And I didn’t mind at all. I just started stroking her cock as I fucked her ass.

As I pulled out I felt it run down onto her legs.

I needed a break so I went out into the shopping area and found a soda machine. I stood outside the door slowly dinking it down and feeling spent. I watched others start to show up. Soon I was a little refreshed so went back to the theater to see if there was any action happening.

As I stood there watching the debauchery, I heard a female voice behind me say, "She isn't the only one here who can take all those cocks."

She moved forward and I saw that she was a smallish brunette with a nice set of tits and round tight ass. The kind that looked like you could bounce a quarter off it.

She quickly moved to the center of the crowd and dropped her panties, lifted her dress off over her head and stood there naked.

The guys stopped playing with the CD to at her.

Surging forward as one, they nearly mobbed her.

She looked like she was in trouble but as I moved closer I saw they all had hard cock and she had one in each hand and one in her mouth.

Soon she had a cock in each hand and two in her mouth. Four at once. What a gal.

It wasn't long before the cocks she was stroking shot their loads all over her and were quickly replaced by two others.

As they pulled out a nice sized cock took their place. I was surprised when I saw the cock now in her mouth belonged to the CD. She was fucking the woman's mouth so hard that her balls were slapping the woman’s face. She soon blew her load also.

The girl stood up, pushed everyone back and announced, “It's time to fuck.”

She got on all fours on the couch. One guy quickly went under her in a 69 position and started eating her pussy as she sucked his cock.

It wasn't long before a really nice 8 inch cook slid into her pussy from behind.

The guy underneath just kept licking and sucking as the 8 inch cock in her pussy slipped into his mouth every now and then.

She took me down her throat completely as I fastened my mouth on her pussy as it was being fucked.

By then the cock in her pussy was shooting his load too.

Undaunted, I swallowed them both as much as I could.

When he pulled out I got to suck him a couple of minutes before he left. And that was great.

Then another cock slid into her willing pussy. She moaned, “Ohmyfuckinggod,” and took her mouth off my cock long enough to say, "ASS IN MY ASS."  And then she went back to sucking me off.

The cock in her pussy slid out across my tongue and I saw even in the dark as it slid easily into her pretty butt. He buried himself balls deep in her ass as I sucked her pussy and his cock as much as I could.

I slowly got out from under her and sat up.

She swung around and giggled as she licked my face clean. What a gal.

On the way home I wondered if I’d be recovered enough to go back there tomorrow. Fuck, who am I kidding....of course I would.