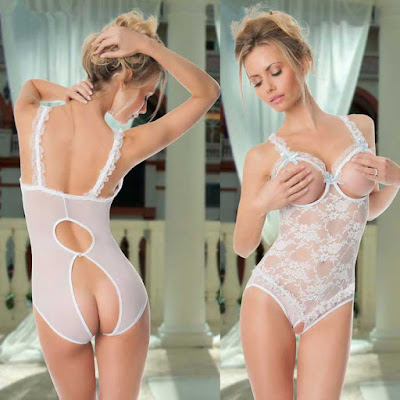 2:37am is that time of the morning where your either already in bed sl**ping heavily, or up and partying. For me it was the first, soundly sl**ping next to my wife. Out of the fog of sl**p I began to make out the thumping bass of music being played somewhere near my house. Seeing as I was now somewhat awake, I went to investigate.

I went to the room in our house closest to our backyard and looked out the window. I could make out figures moving around the pool deck of my neighbors house behind me and one house down. Their property meets mine on the back corner of my lot. The music was just loud enough to be annoying but not so loud as to invoke a call to the authorities.

I decided a closer look at the goings on was in order. I slid on a pair of running shorts and headed towards the back door, making sure to deactivate the security light sensors. Quietly I opened the back door and walked out to the back corner of my lot. I could hear the voices more clearly now. It was a fine fall night, humid but a little cool. Typical Florida.

The music became louder as I approached and so did the voices. "come on take it Katie" I heard as I approached the fence. "I love you Katie take it." The voice belonged to a rather portly young college age woman, who was completely naked and sitting on the edge of the pool with a small white pill in her hand. I found a place to stand that afforded me a view of the entire pool, while obscuring anyones view of me.

As I looked around I counted 3 college age k**s, all naked, swimming in the pool. As my eyes began to adjust to the lights from the house and the pool I could make out my neighbors daughter Katie. She was a tall girl with b cup breasts, a tight ass, and a preppie attitude, or so I thought. She had graduated from high school this summer and had just turned 18. Katie was naked in waist deep water standing in front of Sharon, the big naked girl who was offering her some X. As my eyes roamed up and down Katies body, I noticed a tattoo in the small of her back. "That's hot," I thought to myself.

My attention was ripped away from her as a big muscular guy came up behind her, grabbed her breasts from around her sides and pulled her into him. She screamed and then melted into his embrace. "Ummmm Mikey that feels nice" Katie said as she leaned back into him. His muscles rippled as he held her, his tan contrasting strongly against Katie's pale white skin. "Comeon Katie, just take it" Sharon repeated with urging in her voice. Mikey let go of Katie as she moved towards Sharon. Sharon placed the pill on Katies waiting tongue. Katie swallowed it down and then without hesitation placed her head between Sharons meaty thighs and began eating her pussy.

Sharon moaned and lay back on the wet pool deck. Mikey moved up behind Katie and began running his cock up and down the crack of Katies ass. Katie wiggled her ass against Mikey's advances, causeing his erection to come to its full 7" potential.

My mind was in a fog and had trouble processing what I was seeing. My neighbors were skinny dipping while their daughter was getting fucked in the pool and was eating another girls pussy. My cock ached at the thought of what I was now seeing. I slid my shorts down and began stroking the length of it, enjoying the feel of the cool night air on my shaft and balls.

Bruce and Sarah were playing around splashing each other and whatnot. Then Bruce began to chase Sarah in the water and Sarah fled towards the group of teens. She stood up and pressed her full feminine form up against Mikey. Sarahs D-cup tits mashed against his muscular back and her hands glided effortlessly up and down his haunches.

Bruce climbed the ladder out of the pool and with his 9" meat swinging made his way over to the group. He squatted down right above Sharon's face and the large purple head of his swollen cock bounced once off Sharons lip and then made its way inside as she opened her mouth to accept him. He began pumping in and out of her wanton mouth. His balls slapping her nose as more and more of his rigid tool disappeared into her throat. He felt the surge of pleasure and knew his load would be traveling up his shaft and down her throat any second. So he pulled his cock out of her mouth with a pop and pointed it right at the spot where his daughters mouth was eating Sharons snatch.

He came. Like nothing I had ever seen before. Line after line of hot white lightning spewwed forth from his glowing rod. The first hit his daughter squarely in the forehead, the second into the wet matted hair of Sharon's pussy. The third and by far largest length of cum hit Mikey square in the chest, as he continued to slide his cock in and out of Katies sweet teen pussy. As his explosion subsided the final strings of goo splashed out onto Sharon's tits and finally dripped down over her chin. Where she licked it up and swallowed it, then taking his cock head back in her mouth cleaned it of its seed.

"O.K." mother and daughter said in unison, as they moved towards each other in the water. They met in the middle of the pool and embraced each other like old lovers. Their tongues danced together as their arms wrapped around their sexy bodies. Over on the edge of the pool I could see Sharon lazily sliding a finger up and down her wet pussy lips. On the other side, Bruce's dick was lurching forward again ready for action. And down in the deep end, Mikey floated, stunned that his suggestion had elicited this response.

"Let's get up on a lounge chair sweety" Sarah said to her daughter as she moved to the steps and her hot body emerged from the water. Katie followed her mom up the steps. Sarah lay down on her back on the chaise and spread her legs mindlessly toying with her smooth shaved lips. "Mmmmmm" Katie moaned as she neared the chair. Katie turned the opposite direction and lay her body down on top of her mothers. Then her mouth fell down upon her moms pussy and she began to lick and suck it, sloppy and slurrpy, and wild. Sarah planted her mout squarely on Katie's pussy and slid her tongue deep into the young girls hole, causing Katie's back to arch sexily. Then Sarah reached up and began slapping Katie's ass. Katie began to grind her pussy into her mothers face, harder and harder with each slap of her ass cheek. Katie's bodie went rigid, and then she spasmed, writhing on top of her mom. Katie slid two fingers into her moms soaking pussy and began finger fucking her for all she was worth. Sarah could only take so much before a huge wave of lust washed over her and her woman cum squirted out all around Katie's fingers and onto the lounge chair.

As I turned my attention back to the corner of the pool where Bruce was sitting. Mikey was now sitting next to him on the pool wall and they were busy stroking each others cocks. I had never seen two men touching each other this way before, and it caused me to shoot my second load onto the wodden fence as a small grunt escaped my lips. Katie turned and looked in my direction. The others seemed oblivious. But, I wasnt going to risk it so I slowly crept back to my house.

The next morning, my wife left early with her running club, and I was in the kitchen eating my eggs & toast and reading the paper. There was a knock on the front door, I figured my wife had forgotten something and walked over to the door in my open robe and running shorts. I opened the door and there was Katie, she took one look at the running shorts I was wearing and she said "may I come in?." But that is a story for another time.