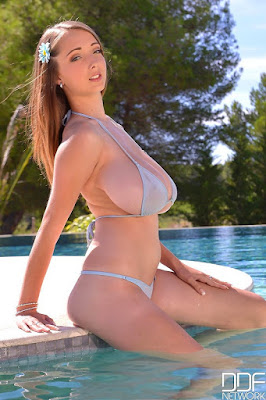 After what had gone on before I was bit embarrassed to show my face in the pub again. But after three weeks my BF persuaded me as it was only so long I could keep making excuses. I had a bath and a few wines. At about 6 we headed over to pub and again it was very busy. I thought to steer clear of the pool table this time (well at first anyway) LOL.


The more I drank in the bath the hornier I became thinking of how hard I was fucked in the toilets last time by John and wondered if he would be there again. So I dressed in my best underwear (check my bathroom picks all in black bra, panties, suspender belt and stockings) and wore my black above the knee dress and high heels. I was wet even before I put my panties on.( Sex Stories)

When we got to the pub we sat at stools at the bar. I noticed the landlord kept giving me strange looks and smirking. I didn’t think anymore of it as we had more drinks. I even gave the landlord and a few others a few glimpses of my stocking tops as I crossed my legs on the stool. It was funny my end of bar was getting busier and my BF liked the attention I was getting too.

After drinking for an hour I headed off to toilet as I was bursting. I headed for different toilet as its nearer but you have to go near private quarters. Anyway after unloading my full bladder I headed back to the bar. Just then it was the landlord and said could he have a word in private. I was intrigued and went into his lounge. He explained that john had told everybody about our toilet romance. He thought it best I know and for that I thanked him. He then said he would appreciate the same. I was again shocked that this big overweight fifty something guy was trying his luck. I said no straight away but then when I saw the size of lump in his trousers I was curious. Again I held my reserve until he took his belt off and his trousers fell to the floor. He was now standing in his pants with a huge bulge. He then pulled out the thickest cock I have ever seen and said if you don’t suck this I will tell your bf what happened in toilets with john.

By now I was angry at being blackmailed but I was getting very turned on and couldn’t take my eyes off his cock. I was memorized and slowly found myself curling my little hands around it. I then took off my dress and his eyes nearly popped out of this head. His hands running up my legs and then over my panty covered bum. He was breathing heavily and then I felt him kiss me. His tongue in and out probing mine. I was shaking as he pulled my panties to the side and inserted two fingers into me. I could feel his throbbing cock getting closer to me. I was aching for him as he found the entrance to my pussy with that huge fat cock of his. I was wet but it was so wide I have never felt anything like it as he stretched me. One last push and some adjustment from me and the huge horny bastard was in me. Thrusting away for all he was worth. My initial pain was no absolute ecstasy as I flung my legs around his back to draw him in further. I was stretched so wide and then I could feel my orgasm building. I said stop I am not on pill but he continued and I didn’t stop him. He kissed me further and then I felt his legs twitching as he came bucketloads in me. Even as he withdrew it was still splurting on my stockings and panties. I had cum too and was in a complete mess. I then went and cleaned up and headed back to the bar hoping he wouldn’t tell……………