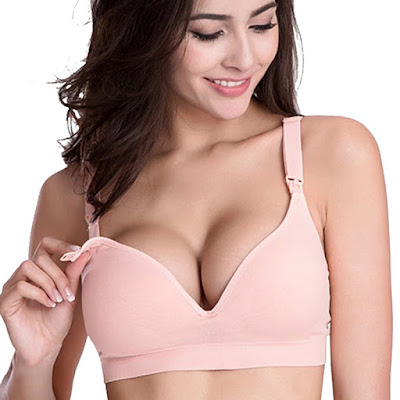 
As much of a prick as he'd been, and she was glad to be rid of him, his willing cock was sadly missed! 10 inches long and nearly 2 in diameter she has enjoyed every glorious inch of him each time he'd slid into her, pounding her to orgasm after orgasm as her dripping pussy gripped hard to his huge plunging shaft.(Porn Stories)

After viewing many sites and nearing the end of her bottle of wine she had finally found what she desired. Perhaps it had been the wine making her so bold, or maybe it was just the rapidly building fire of lust that had driven her to buy the toys she had. Either way she was happy with her decisions, if a little sheepishly embarrassed now in the sober light of day, but a burning desire to be penetrated and stretched by a large cock was overriding all other thoughts.

The fact that she would be alone while pleasuring herself with these toys meant she need feel no sense of insecurity or embarrassment about the desires she felt coursing through her body - the wanton need she felt to be filling her holes with these toys was making her pussy so moist her thighs had been sticky with her juices when she had woken this morning.

The next few days were an agony of desire and disappointment as she checked her mail box, waiting for the arrival of her package. Three days of suspenseful excitement as she approached her mailbox each day after work were followed by frustration - and a growing need to be satisfied!

It seemed so much bigger than the picture she had seen on screen. Picking it up in her hands she was surprised at the weight of it, as she wrapped her hands around its thick shaft and brought it to her face. With fingers not reaching around its thick girth she rub it against her cheek, feeling the softness of the jelly-like material and inhaled the new clean smell of it.

As the shock of the arrival of her package and the size of its contents wore off, she became aware of the raw feeling of lust and need she was feeling - the need to be filled to her limits with these new toys, to bring to a conclusion this lust and demand that had been consuming her body all week.

Quick shedding her clothes she took her new toys into her bedroom and place them on the bed, while retrieving a bottle of lube from her bedside draws. Already moist her pussy was soon dripping as she rubbed her lubed fingers across her smooth mound and parted her puffy lips, groaning with pleasure as she probed two fingers into her opening.

"Ahhhhh.........oh God!" she cried as she felt her first orgasm of the afternoon approaching.

Madly searching for a quick release she began to plunge the toy into herself with abandon as she turned the vibration to its highest setting. Grunting with exertion she furiously pumped her hips up off the bed, meeting the thrusts delivered by her hand till she clamped her thighs together on the toy and cried out with fabulous release.

Grabbing the huge thing by the shaft Bree started to rub it along between the soft folds of her hot slit, then lined up the big head to her already tingling entrance. Slowly pushing in then relaxing to relive the pressure, and trying again, each time Bree felt her tight young hole begin to give a bit more. Suddenly the fat head and about an inch of the shaft slipped inside. The feeling of being stretched so wide elicited an involuntary groan from deep in her throat, the thought of so much more of this monster still to go making her shudder with need.

Wanting more Bree continued to apply pressure to the base of her huge new toy, forcing her pussy to accept the huge intruder inch by inch. With about six inches inside her Bree stopped to catch her breath and let her pussy adjust to the huge thickness stretching her open. The tingling pain of being split so wide slowly receded as her pussy relaxed and she felt the first waves of an impending orgasm start to flow through her body. Applying more pressure she worked more of the b**st inside her, forcing her pussy to expand as it gripped the dildo tightly. Pushing and pulling Bree started to ride the b**st of rubber taking 9 or more inches into her creamy hole.

"Ohhhh Fuck!!!" she groaned as her body began to be wracked with a painfully huge orgasm, her pussy spasming around the huge girth of her new pleasure toy.

Retrieving the large flesh-coloured cock Bree licked its base and stuck it against the headboard of her bed, it dangled there obscenely large and inviting. Covering its shaft from head to base with plenty of lube she scurried quickly around onto all fours and backed up till its huge head was nudging her hungry pussy. Dropping to her elbows and tilting her pelvis back she found the right angle for the huge dildo to penetrate her and began pushing her weight back, forcing her abused pussy to stretch around it massive girth once again. The fat head of the b**st was slowly stretching her pussy wide, by far the biggest cock she had ever taken. Never had she felt so full, the muscles of her pussy so stretched they could barely contract to grip the massive shaft.

With a grunt she threw her weight back and f***ed the big head into her and once passed her tight entrance the shaft was more easily handled. Determined to find her limits she pushed more of the big rubber cock into her willing hole, her breath coming in panted gasps as she slid further and further down her massive toy. With a strangled cry she pushed all the way back until she could feel the balls at the end of its shaft rubbing her slit. Now impaled by the full 12 inches Bree let fly with a harsh groan.

"Oh Fuck, oh fuck, oh FUCK!!!" she gasped as the realisation of what she had just f***ed into her pussy dawned on her, thicker than her wrist and an entire foot long she was skewered on the biggest cock of her life - and it was driving her wild!

Slowly pulling forward she felt the massive cock start sliding out, her dripping hole gripping the shaft so tightly it felt like it would turn her pussy inside out as it was withdrawn. All the way out till she was just gripping its bulbous head, she then slowly returned every glorious inch inside her body till she was rubbing her throbbing clit against its balls, where she stopped for a moment to catch her breath.

As Bree started working herself along the entire length yet again, a few minutes later she felt what was going to be the most massive orgasm of her life starting to build in her gut as she glided up and down the thing. Riding the entire 12 inch shaft hard, she now felt her ass cheeks hitting the wall each time she slammed herself back onto it. Her pussy juices flowed freely down her thighs as she cried out from the brutal shafting she was experiencing.

The intense pressure of her impending orgasm mounting, Bree furiously rocked her hips up and down, forcing herself back onto the toy. Unable to keep her whimpers down, she lets out a strangled scream as her pussy went into painful spasms as her orgasm rakes her body. Pulse after pulse of muscle contractions gripped the huge toy in her pussy as she bucks with the waves of orgasm riding through her body. As they finally begin to subside her body loses all strength and she collapse on her bed, the massive toy being ripped from her body almost painfully causing her body to buck one last time.

Legs spread, face down, Bree slumps in exhaustion on her bed. Her thighs sticky with her juices and her abused pussy gaping open she falls into a deep sl**p of peace and satisfaction.