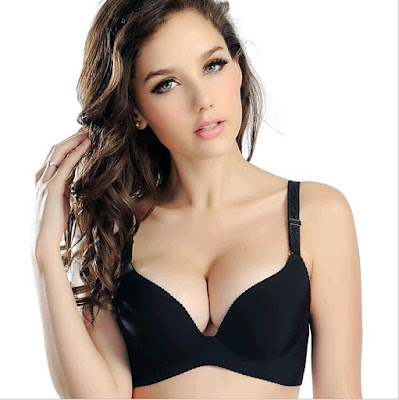 
The first grrl was Robbie. S/he was a full figured African American cross dresser with long black hair and a pretty round face. Robbie was wearing a short light brown dress covered with dark brown leopard spots. The outfit came with a hat and a pair of long sexy boots.

Robbie didn't have the biggest penis I had ever encountered but it sure was the longest. I began to stroke it hard with both hands. Gazing into Robbie's eyes I started talking dirty.

"YOU GOT DOUBTS ABOUT MY ABILITIES?

YOU'RE GONNA EAT THEM WORDS!

I clamped down on Robbie's long shaft as tight as I could with my mouth and started working my magic around hir tasty head. As I moved back and forth Robbie began to shout.

Next in the circle was our oldest cross dresser Terry. S/he drew open hir hand sewn petticoat dress and slip to uncover hir stiff healthy boner. I gazed into hir pretty eyes and started some sweet bedroom talk. (Adult Stories)

"Oh your so pretty. Such a pretty grrl.

I so want to suck on your sweet stick!

You are just so sexy! I just wanna eat you up."

"Such a good grrl." cooed Terry.

After getting hir dick nice and wet I slid over my grrl friend Gigi. S/he had on a yellow bikini that really showed off hir pretty white skin hir sexy figure and hir super stiff hard on.

"Just like we rehearsed." She ordered as I came over to hir side.

Gigi put hir feet flat on hir lounge chair and raised hir skinny legs. I took hir stick in my mouth and clamped on tight. As soon as Gigi was sure I had a firm grip, s/he began rocking hir legs up and down while hir boner slid up and down in my mouth.

The next one in the circle was Billie Jean. Like Jilly s/he was a genuine she male. S/he had an amazing tan and beautiful long black hair. Billie Jean was wearing a short black dress that revealed hir stiff hard on when s/he stood up to meet me.

As s/he squatted down I rolled under hir dress gazed up into hir Asian eyes and began to kiss hir long lady stick.

Slammer's was the club where Jilly Grrl and Billie Jean performed.

Moving past Billie Jean's cock I kissed hir lady sack and began to nibble on hir soft ass. As my nose rubbed against hir tanned skin I picked up the scent of hir perfume.

It's amazing how a familiar fragrance can trigger a flood of memories. Billie Jean was wearing the same perfume my high school sweetheart Sky wore the night we lost our virginity on each other.

Back in those days I was such an ignorant fuck. Sky had to just about hit me over the head to get me to go out with her. Perhaps it was because we had known each other ever since we were five. Our dads were best friends so we spent lots of time together.

The ironic thing was no matter how many girls I'd fantasize about while jacking off I'd always finish with Sky. You'd think I'd have asked her out sooner. I just never had thought of her as a girl friend. She was always just "Sky."

Even our parents were clueless. They never thought of us as a couple even after we started car dating. Leaving us alone together even at the age of 16, was never a problem for them.

We were downstairs in her families' kitchen when I made my first move on her. I began to rub my hands on the bare skin of Sky's legs. She pulled back and smiled at me.

"Don't you think we should kiss first?" she suggested with a wink.

"You know that thing you did with your hand before?" she asked, breathing hard.

My hands moved up and down her bare thighs under her school uniform. Each time I moved a little higher until I reached her panties.

Minutes later my virgin cock broke through the hymen of my sweetheart Sky. Of course it's never good for a girl the first time but we made up for that several times after.

Sometime later that year Sky started going out with someone from her high school. I think she was just tired of having to teach someone everything about romance. After that it was really awkward to just be friends so we just stopped seeing each other.

But even years later I'd always think fondly of the special time I was with Sky in her bedroom. Even now the smell of that familiar perfume gets me all horned up.