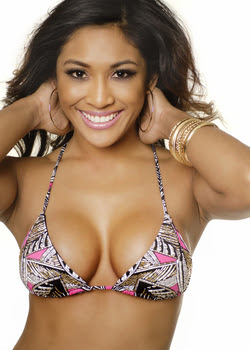 ..It's wear you get your partner to drop their pants / dress .. they lay on their stomach on a bed, couch or chair while you grind and rub your cock into the crack of their ass until you get off.


I know a lot of you reading this post are like ... why not just stuff you cock into the offending orifice and be done with it ?
Answer: Because that shit is boring and lacks imagination. Plus a panty job can be steamy and hot leading to intense sexxual encounters later with that partner.

... Done right a panty job can be better thaqn you average run of the mill sex ....

so much so, that she had lost her job as a a****l groomer and decided to take a sabatical ubntil she found her next job ..... Of course when the money ran out ... she had no one to turn to and appealed to my better nature ...

" Pleeeeeeeaaaaasssssseeee !!!!" She had begun to tear up at the thought of her pending eviction.

... I just started grinning and walked away ... Marsha was standing in the middle of the street shaking and sobbing. She was right. I was a nice guy ... to nice people .. and I just kept flashing back to the time a cup of beer was tossed into my face when Marsha thought that I had goosed her. It was actually an aquaintance that was into her. We were at this show and he reached through the crowd and grabbed a handfull of her chunky ass. she spent the next four month scalling me everything out of the book.

... I hardly looked back, but I could hear the sobs getting louder.

That little offer got to me .. The idea of this racist bitch choking on my penis was amusing and completely evil ... I was a chivarous guy on occasion, but I had no love for this cunt.

"You'll loan me the money?"

Marsha scowled and stalked back off towards her apartment. I just watched her moping off as I silently giggled at her defeat.

She shocked me by looking back and motioning with her arm for me to follow her. I followed to see what would happen next because I never believed she would actually suck a black guy off, much less me of all people. I was kinda nervous as she fumbled for her keys. I didn't want anybody that knew me to see me going into her flat. I'd never hear the end of it, but it would make a good story to tell my other friends.

Inside Marsha's apartment was fucking filthy, discarded pizza boxes and taco bell wrappers littered the grungy carpet along with dvds of Will & Grace ...

"Where do you wanna uhm, do it?"
It was an honest question.

"Does it even matter fuckface ?!!"

... She was pissed in her defeat. She was attempting to kneel and having some difficulty. She finally tripped and fell on her fat bottom with a huff. Ijust stared at her sitting their like a scoop of shit flavored ice cream.

I honestly didn't know if I could get it up.

I was trying to give Marsha and myself a back door out of an increasingly embarrassing situation ... Nodding her head, she got up on her knees and reached for my zipper. I stopped her.

" Forget about it. This shit is just stupid."

"Don't be a little faggot ... You just scared 'cause you got a little dick."

... She had my zipper down in less than a second and roughly pulling my penis into the streetlight filtering in through the curtains of her bedroom [Marsha also hadn't paid her electric bill.].

Suprisingly enough, my johnson became fully erect the minute her chubby little hand touched it. Marsha shoved her face down on my cock sucking with desparate abandon. Fuck, she really needed that money and she was giving me the first class treatment. Slobbing and spitting while she attempted to jerk me off with both chubby digits.

... Twenty five minutes later [I was checking my watch.] .. I still hadn't come Marsha was starting to get tired, but she was still on the case ....

"You BASTARD !! .. You knew this was gonna happen .. Did you have a vasectomy or somethin fag?!!"

I was reaching into my pocket to give her the cash anyway when Marsha suddenly socked me in the thigh ... I yanked my pants up and started for the door. Marsha's loud waling stopped me in my tracks as I looked back at her.

Marsha was busy pulling her too tight jeans down over her pasty, plump thighs ... she had numerous multi-colored stars tattooed on her thighs. She was wearing big streched out of wack pink panties .. I couldn't help but notice her prominent camel toe.

"Pleeeeaaaasssssseeee ... just fuck me then, man. I need that money fuckin bad."

She rolled over on her stomach ... Her undewear was pulled deep into the crack of mer massive ass.

I noticed two large wierd wicca like tattoos on the outer edged of her butt. Marsha was on her hands and knees now .. her ass pointed out at me ... inviting the most unholiest of unions.

For some reason I had a raging boner and hated myself for it.

Massive jello jiggling in my face, I methodically knelt and began groping Marsha's big can. Mashing her butt cheeks together and pulling the paties deeper into the crack of her ass.

I didn't want to have sex with Marsha because doing so would be a defeat of me on a personal level that even I couldn't fathom, but that ass ...

I placed the length of my turgid penis into the crack of her ass and sandwiched her butt cheeks around it ... It was warm and moist .. I could feel the smal curly hairs aroung my balls electrify. Marsha was still jiggling her ass. She was covered in sweat ..everywhere ... She was bouncing her butt on the length of my penis ...
... and it felt good.

... I pressed my cock deeper, harder into that juicy crack and started rubbing it into the flesh. I peeled her panties midway down that big ass and was shocked to see too cat eyes tattooed on the small of her back.
... fucking wierd ...

We were at it by this time, a good thirty minutes. I pushed her down on her flabby belly while I kicked off my jeans. Other that her grunting, she was silent. I mounted her with my legs spread eagle and started fucking her butt cheeks earnestly and intensely.

... Her panties had become intangled in my cock and my thrustiing overtures against her constant back humping was creating a terrific friction on my dick and balls ... my penis deep in the crack of her ass and the bottom of her voluminous cheeks massing my testicles.

... I looked over and noticed her black cat [Lucifer] starring at me from the arm of her ratty, bombed out lazy boy ... the cat was moving it's head from side to side in curiosity ... I looked down to see the cat eye tatoos jiggling up and down ..seemingly starring at me ...

... Marsha had semen all over her massive ass and backside..

Marsha suddnely shoved me on my ass by mule kicking me. she had her hand in my face in an instant.

I had barely taken the money out of my wallet when she snatched it out of my hand [taking some skin as well.] ..

I was trying to pull my pants up when Marsha just opened the door to her single and started shoving me with her foot towards the door ... I stepped out of her house into the courtyard for all her immigrant neighbors to see.

She slammed the door in my grinning face. I blew a kiss to the closed door, bowed to the starring neighbors and sauntered off to my home ...