"Sex Stories" Dreams of a cashier 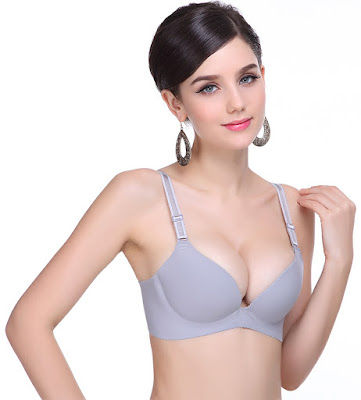 Taking her mind to another world, away from this local grocer where she slaves away every day... to a warm place with sun in her lovely, but currently hidden away body. In a distance, she can see a silhouette of a hunky man, ripped abs, wet, black hair, still wet from the sea water, walking towards her in the semi blinding sun.


... you should get some lotion on that perfect skin, miss... He said from a distance. Immediately blushing at the thought of being cought daydreaming and staring at a stranger, she answered: Eh... eh... no one around to apply... and...(Porn Stories)

"No worries, may I?" He said in a tone that made her thighs melt and instantly she could feel the moist from within... She looked at his hands, well maintained, not to big, yet strong features, a gold ring on his right ringfinger with sculls engraved all round "sure" she said without thinking.

"tun on your stomach first, so I can do your back first" he said in that same voice. almost numb from the waist down, she slowly turned around and felt the moist between her ready pussylips squeeze out and touch the inside of her bikini bottom... good it had two layers for it would have seeped through by now.

"this is going to be cold" he said, and before she could prepare, he had his hands,still cold from his swim, filled with tan cream on her lower back, It was like an electric shock, but sensual, which in turn made her whole body turn into goosebums, "ooh!" she uttered in response, but immediately after feeling his hands full on her back, stroking with power and dispersing the liquid over to her shoulders, she uttered a faint.. "aaah". She closed her eyes for a moment and then felt his hands go in sequence to her sides, then up from her waist to the side of her tits... If he'd only know what she wanted right now, he wouldn't go there! she thought in her aroused mind.

His hands dissappearde for a while and then she felt her calves being touched simultaniously with bth his hands, the liquid of the lotion sticking to her perfect skin... up up and more up he spread in to the edge of her panties, but without hesitation, Lillian puts her fingers under the edge and picks it up, "don't forget the tender bit at the tanline edge" she said in a drowsy, almost husky voice. She wanted him so bad, and wanted him to put his beautiul hands in there and start playing with her sex, she wanted to turn around and take his swimtrunks off and suck his member until he was ready to fuck her to the orgasm she so much needed right now. His touch on her skin was so sensual that she wanted to cum right there and then...

After he spread the lotion where the sun could catch, he told her to turn around, for a moment she thought of just turning around and kissing this stranger with his perfect hands and kissable lips, stare into his eyes and telling him to fuck her right there on her beach towel in the sun... but the shyness took over, she turned around and by doing that, she took a glimps at his cock... oh my god, it was bulging at his trousers and begging to be released in order to explore her waiting, by now, drenched pussy.

Just before she lay down, she had a quick glimpse of her own, and... a big wet spot right at her entrance could clearly be seen on the red, shiny material... what now?! Well, too late, she just lay down slowly on her back, exposing her front to the man she so badly wanted to make her his own, then his hands filled with lotion, touched her stomach so gently, and at first she could feel a slight quiver, not sure what it was, maybe her insides shaking... or his hands.
He moved up slowly and spread it carefully to the edges of her tiny top, she again picked it up for his access, she could feel her wetness flowing again and her nipples going erect at his touch, just under the material of her top at the sensitive soft skin. Her top did not have double padding, and she knew that he was now aware of her arousal, but didn't care.

His hands left her for a moment and after collecting more lotion, started touching her just above the knees. Involuntry, her legs opened slightly at his touch to give him access to her inner thighs, he stopped for a second or two, she looked up, only to see him staring with those blue eyes straight at her wet spot on her entrance. "Eh... sorry" he said and tried to take his eyes away in a flash. Lillian just closed her eyes and lay back.

His hands went down to her shins, feet, and back up to her thighs, but stooped a good few inches from her warm wetness. As he stopped, she took his hands in hers and guided them towards her panty, but did'nt stop at the edge, just carried on to where her little trigger button was situated and when he touched her ,now erect clit and swollen mounds, she uttered a real sigh of pleasure, her legs went stiff, her body started shaking ever so slightly and she felt like it was time to let go all feelings of shy and guilt about strangers.

She opened her eyes and looked up at him, looking back at her and the sighns of lust written all over his face... he took her bikini bottom between his thumb and forefinger, pulled it to the side and lowered his head to her sex, his tongue entered between her pussy lips, the roughness of his stubble on her clit, making her pussy feel like it wants to swallow his face, she pushes up hard into his head and ........... "are you allright, Miss" a voice comes out of nowhere.....

It was the regular face of the salesman at the furniture store down the road, he always buys dread and milk before closing time...

He pays, she takes the money, hands him his change and.... his hands... perfect, and he's got a ring on his right ringfinger, with sculls all round!

She blushes and their eyes meet for a moment... "night ma'am", and he dissappears out the door.