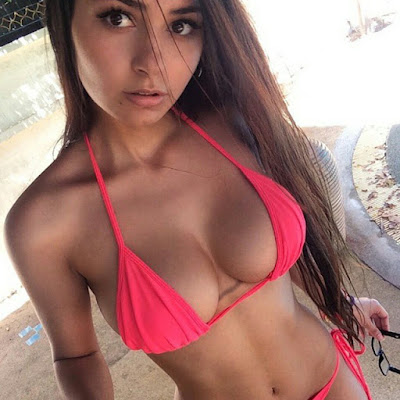 My husband Terry has always had a fantasy about me being fucked by a black man, especially in the back of a van for some reason. He went on and on at me for ages to live out his fantasy, and I must admit, the thought of it had my juices flowing, so I decided to go along with it.


Terry said it would be a voyeur's dream to see a pretty white blonde like myself, taking a big black cock all the way up my pussy. This talk was really turning me on, and I was just as excited as he was about the whole thing. He eventually arranged for me to meet Andy, his work colleague.

Andy was gorgeous: young, fit, and very good-looking. We had a few drinks in a local bar, and it soon became clear to Andy just what we were there for.

I'd dressed just as Terry wanted, a blouse with no bra, short skirt and stockings, no knickers and high-heeled shoes.

In the bar, Andy soon had his hand running up and down my leg, and I could see that Terry was becoming more and more excited.(XXX Stories)

So, we made our way to the car park, where Terry had parked his work van in a secluded corner. Terry sat in the back, on a mattress he had put there, while Andy and I were kissing in the front. He was soon hard at work on my tits, sucking and nibbling on my nipples, while Terry sat staring at us. I couldn't really relax with him there, and his presence was a little inhibiting. But how do you tell your husband to go away because you want another man's cock in your pussy?

In the end, I had to tell him to go back to the bar for another half an hour, to let Andy and I become better acquainted.

Once Terry had gone, Andy really turned all his attention to me, pulling my blouse off and getting me really turned on. I spread my legs, and I could soon feel Andy's fingers plunging into my hot, wet pussy.

I felt his cock through his trousers, and felt along its length. He was a lot longer and thicker than Terry, and suddenly I realised that I had been missing something.

Andy told me to get in the back, and I quickly clambered over the seats. Within seconds I was on my back, my legs up over Andy's shoulders, and his huge cock in my hand. It was so fat I couldn't even get my fingers completely around it. I began to wonder if I could take the thing in my pussy.

I watched him slide back his foreskin to reveal a wicked looking purple helmet. I reached down and pulled him into me, rubbing his wet cock up and down between my wet pussy lips. Then he pushed into me, and I squealed as I felt my pussy open up to take him.

I drew my knees up beside my head to receive him fully into me. I was beyond the point of no return as he fucked himself fully into me.

Andy humped me hard, and I yelled with pleasure at every single thrust.

I looked briefly over his shoulder, and saw Terry's face looking in on us through the van's window. Just knowing he was so close and able to see me getting fucked brought me off, and my pussy slammed up against Andy's cock as he continued fucking me.

My pussy was stretched around his cock, and I was sliding backwards and forwards with the f***e of the deep fucking I was getting.

Andy gasped and panted as he began to come, and I felt his spunk shooting into my pussy. I wrapped my legs around him and held him there as he rocked, and unloaded the last of his spunk into me.

Andy unlocked the van doors and let Terry back in, then he lay beside me, kissing me, and asking if I'd enjoyed it. I could only moan in response.

Terry knelt between my knees, and I thought he wanted to fuck me too, but he stuck his head between my legs and began to lick my pussy. I bucked up under him as he sucked on my clit, and looked up to see Andy sporting a fresh erection, glistening with our combined love juices.

I pushed Terry to one side and eased Andy's cock back into my pussy, feeding it in quickly. He fucked me again, without mercy, and soon I had come so much, I didn't think I could take any more. But, just then, Andy's eyes glazed over, and I felt his cock pumping more of his wonderful seed into my pussy.

The whole time I was being fucked, Terry was furiously wanking his cock, and he had left a substantial amount of come on the mattress.

After a while, we tidied ourselves up, and Terry suggested we return to our house to carry on what we had started. Needless to say, I was very eager to do so, and fortunately, so was Andy.

To cut a long story short, Andy is now my full time lover, and Terry? Well, he wanks until his cock is bright red, and sometimes, I kiss it better for him, if Andy lets me. But that's another story...