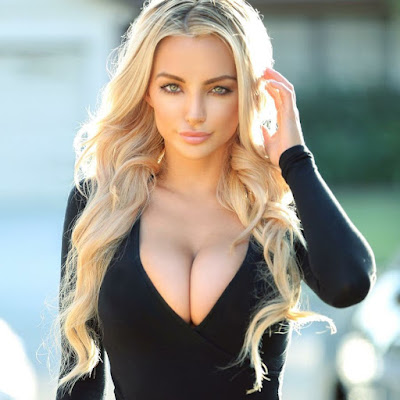 My husband bought me a pair of PINK "stripper" heels at one of the San Diego adult book stores.  They were FABULOUS!!  When I got home I modeled them for him wearing just the new heels and my jewelry!!!  He loved it.


He told me that I looked fantastic standing there in just those high heels and jewelry and said he could just imagine me standing like that in the adult theater at the ABS.  He said that would be a super fantasy!  I wrote that my husband told me that on an adult website thread, and the other people on the site encouraged (dared) me to make his fantasy come true!!

But I thought about it and decided that I would try to give my husband a real thrill and make his fantasy come true.  So here is what happened.

I wore those sexy hot pink pumps (for you shoe experts they are MaryJanes with a 5 inch heel) and a sweater dress to the store.

Now when I say sweater dress, it is actually a super super low cut open knit sweater that I wear BACKWARDS as a dress. The back is cut to show my entire shoulders and back and goes so low that the top of my butt crack is showing. To keep the dress on I have to hold my shoulders way back, which in turn makes the back hang loose on my back, which makes it possible for anyone who is standing close to me from behind to be able to look most of the way down my derriere!

The "dress" being just a sweater is super short, ending just low enough to barely cover the essentials And since the dress is open knit, and with the enhanced view from the back, it was TOTALLY obvious that I was nude under the dress. Real obvious

So I walked into the Adult store and found it was pretty full. I guess Friday late afternoon is a busy time for adult stores. I was pretty, no, REALLY SCARED about this whole thing so I was hoping for an empty store.

I had planned to shop around a bit to draw some attention, but it was obvious that I had already generated enough attention, so after a quick stop at the bathroom to build up my courage, I went up to the counter to buy the tickets to the mini theater.

I had to wait while they rang up a couple of other sales. The whole time I was standing there waiting, guys kept walking up to check out the view offerred by my dress. I got a LOT of nice comments!!

So I finally get our tickets and we got buzzed into the theaters. There are two theaters, each with about 15 seats. The first one was pretty full so we went into the second one where there were still two seats together where we could sit.

As I watched the movies (each theater shows two movies simultaneously, one with sound and one silent, one straight and one gay) my husband began to feel my breasts and I started to get more aroused.

Between the movies, the roaming hands and all the guys watching, I got super turned on pretty quickly. And the guys watching me seemed to be getting pretty turned on as well as one by one the zippers came down and they started stroking themselves openly as they watched!!

So now came the "do or die" part - I sure was scared, but at the same time so excited and aroused at the attention, that I did it - I looked at my husband and said "Here goes!!", then I stood up, shrugged my shoulders forward, the sweater fell off my shoulders and went straight down to the floor! I bent over, picked up my dress, put it on the chair and then looked around!!!

So I sat back down and started to masterbate!!! The guys were all totally mesmerized with me, especially my husband!!! He just sat back in his chair, whipped out his dick and started jerking away saying over and over again "I can't believe you did this!!" as his eyes just kinda glassed over with lust!!!!

Eventually my husband made me stop since he was done and got nervous with me sitting there totally nude playing with myself with all the guys around. So I cleaned up (oh yeah, I was dripping wet!) and pulled my dress back on.

When we went back out to the main store I got a lot of "thank yous" and nice comments from the staff and others in the store. One young guy came up to my husband and said "You are one lucky guy!!! I want to grow up to be just like you!!!" My husband got a real kick out of that!! hahahaha

We then spent some time talking to members of the staff and the store manager, telling them all about my internet picture postings. They were all totally super nice to me. And the really cool part was that it was obvious from the responses that a bunch of guys there had seen my posts on the internet about doing this and showed up to see it, and one guy even came up to me while I was talking to the manager, shyly excused himself, and asked me if I was Flashy Pink!!!

The manager was floored that someone from the internet recognized me and that I had gotten his store some publicity!!!