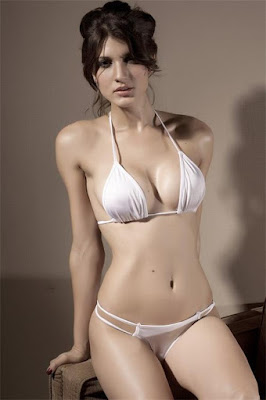 It was small with curly hair that lightly kissed her sweet pussy lips.

I met Jody my third year in college. From the first time we laid eyes on each other we knew that we would be life long friends. While we were in school we took a small one bedroom apartment off campus. My life with Jody allowed me to explore a side of my personally that I always kept hidden away.

My freedom story begin the night that Jody and I became lovers. After three months of living together, and dancing around the fact that we were craving each other pussies, Jody and I decided that it was time to give our bodies the release that we both needed.

It started that morning when I woke from only a few hours of sl**p. The night had been filled with dreams of Jody and mines naked bodies coming together, that was not unusual. I would often dreamed of her lovely six foot one inch honey brown skin, as we would come together in our first buck wild pussy party.

As I watched I realized that my own pussy was in much need of attention. Slipping my hand between my legs, while letting my other hand roam my already naked body I could feel the wetness of my pussy as I felt my finger slip between my pussy lips.

As I came down from the ecstasy that I had created for myself, I looked over at Jody as she looked on, I could tell that my action was giving her a great deal of pleasure.

As I have stated before due to my background and upbringing the thought of taking a female lover went way beyond the pail, still my growing feelings for Jody was beginning to weigh on me.

Once reality set back in Jody and I tried to ignore the loud silence that was between us, despite the fact that we both knew what the other was thinking. Still the silence lust that Jody and I had for one another would not stay hidden for very long.

After a long and taxing day at work I came home bone tired. Like most days I made it home before Jody. I decided that since I had the apartment to myself that I would relaxes by pouring a glass of wine and running myself a hot relaxing bath. The one good thing about that little apartment is that it had a great big bathtub. It was one of these old sank in tub, and it was an easy fit for two.

I had lit a few candles and took my glass of wine into the tub. An old Kenny G CD was playing in the boom box that we kept in the bathroom. Sitting in the tub uninhibited by my own hang ups I allowed myself the freedom of dreaming of Jody and I making love.

My eyes closed I could almost feel Jody’s soft tender hands caressing my tits, and the feel of her tongue as it swirls around my rock hard nipples. I could feel her hand cascading down my tummy, as she kissed the back of my neck. I could feel her tight body as she clamed into the tub with me, and that is what snapped me out on my day dream, and realized that this was no dream.

Nether of us spoke as we looked into each other eyes. Jody’s whiskey brown eyes always left me speechless. As Jody settled beside me she traced my lips lightly with her finger tips, opening my mouth I slowly began to suck her lovely long fingers. I pulled her in as our full lips met for the first time. Passionate and sensual our tongues slipped in and out of each others mouths, I couldn’t get enough of her full lips on mines.

We just gave in to the longing we had had for each other, our bodies coming together under the warm water, our pussies touching for the first time taken us both to the edge.

Getting out of the tub, Jody reached out for my hand, in that moment nothing else matter not the past, nor what I was taught that a good girl should be. In that moment the only thing that mattered was my love for this beautiful woman, and showing her in every way just how much she mend to me

Placing my hand in hers Jody helped me out of the tub. With the warm glow of candle light and smooth jazz, Jody led me to her bed. Our bodies still wet we start to explore every inch of each other.

Jody starts with my shoulder, cascading kisses down my body, I slowly drank in the fragrance of her perfume, as my hands got tangled in her soft brown curls. Jody soon found the opening to my paradise, I gladly spread my legs for her, and she wasted no time in going for what she wanted.

Lord I love the feel of this woman touch as she spreads my pussy lips open. Immediately she fines my clit with her tongue, and its like my whole body was on fire.

My hips began to buck as her tongue licks both sides of my pussy walls. My body seem to melt into this wonderful feeling of ecstasy. I was so carried away that I never saw Jody retrieve her strip on from the night stand. I was more then caught off guard when I felt her push inside me, I opened my eyes and saw Jody as she rammed her body forward, as my pussy lips opened and she entered me.

“Don’t be scare baby, I’m not going to hurt you, I just want to love you.” she said as she whipped a tear from my face.

I knew Jody wouldn’t hurt me, I knew that after all the months that we had spend denying what we felt, that it was now so clear that we were in love.

“Oh sweetie I know you won’t hurt me, I love you. Do as you will with me.” In that moment I gave myself over to my sweet Jody.

With my legs spread Jody fully entered me. I could feel her hit the back of my pussy with such f***e that I was sure I saw stars and fireworks all go off at the same time. Jody was a fabulous lover, she took her time to make sure that she was giving me all that I wanted and needed.

I was twenty-one at the time, and had only been with one other person a guy that I knew from the church that I had attended when I lived at home. Tony and I went out once and we end up in a hotel room, it was my first time. Looking back Tony was a nice enough guy, but I think we both knew that the only thing he wanted from me that night was a free piece of pussy.

The feelings I shared with Jody that night could never be compared to anything that I could have had with Tony. Jody not only made love to my body, but she pulled my lonely soul form a cold dark place. She made me feel like a woman, her woman.

Jody had not only giving me what I wanted, but she had giving the thing that I had yarned for, the freedom to be me. It was now my turn to give my beautiful Jody the same kind of pleasure that she had giving me.

Lying of her back I had full access to my lover. Our lips met again, both enjoying the feeling of our full lips as we became one. I smothered her body with kisses, I allowed my hand to roam the silkiness of her body.

With every touch my sweet Jody seem to come alive. I wanted nothing more then to taste ever sweet inch of her, to drank in the nectar of her love. Opening herself to me, my heart nearly stopped at the sight of her pretty pussy.

I couldn’t wait to devour her sweetness, spreading her lips wide my mouth captured the sweetest piece of pussy that God ever made. There was no holding back, her juice had the taste of a well aged wine, and the aroma was like a fresh bouquet of flowers on a spring day.

Jody said that I nearly drove her crazy when I was playing with her clit. But I could not help myself, it was almost as it the sweet little thing was hiding from me, and I just had to go fine it.

Jody never saw it coming, as I drove deep into her I captured one of her tasty nipples in my mouth. Sucking on her nipples while slamming “Big Willie” deeper and deeper took my Jody the a new place of pleasure.

Our bodies burned with love and lust that night. The liberation of my pussy brought me to a place of wholeness. Jody and I had six wonderful years together, years that I will never regret.