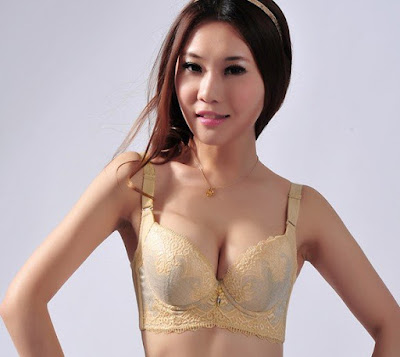 I was driving home from college (this was in the early 70s) and stopped in a highway rest area – the kind with full bathrooms in a heated building. There were three stalls, each had a glory hole in it. I took the one furthest from the door. As I was reading the wall messages, a man came into the stall next door who I assumed was a trucker. He lowered his pants, but didn't sit. He had the biggest cock I think I ever saw, and he just started jacking it to the point that it started to get hard. I leaned closer to the wall to get a better look, and that got his attention, as he turned toward the hole between us and stuck his cock in the hole.


I could not resist this thick, fleshy, uncut cock! I put it into my mouth and it was like it hit the INFLATE button, or something, as he got instantly hard. It was too big around to really get great suction going, and so long that I thought I would choke. I backed off a bit and gave his head a lot of lip action, licking the fleshy hood and getting between that skin and his cock head. He growled how good it felt and started to pump it into my mouth more. By this time I was getting more used to his size, and my spit had lubricated my lips as well as his cock, so he pumped it in quite some ways, and told me that I was taking him deeper than he'd had. Told me his wife wouldn't try and that I was making him feel real special. Then he asked if I would come out to his truck for a while so we could be alone. I sure wanted to go with him, so I followed him out. (Sex Stories)

In his truck, he stripped off his clothes and let me tongue bathe him. He had a really hairy body and was very masculine, yet he was clearly used to gay sex like this! He kept encouraging me and telling me what to do to him, how good I was making him feel, and what to do next. While he was authoritative, it was not f***eful, and I was eager to please him. He had me lick hairy armpits (I can almost taste and smell that sexy aroma there. He had no deodorant, so my mouth could savor his sweaty taste. It was a clean, almost sweet smell and taste. I licked over to his furry chest, sucking on each nipple (he loved that!), and slowly worked my tongue down his chest and stomach to his belly button. How I tongue-fucked that small and hairy crevice! I guess he was either ticklish or too hot for more, as he pushed my face down into his crotch.

Then he told me to lick his balls and ballsac, which I eagerly did! How that hairy sac felt on my tongue and mouth is hard to describe. That smell of him; funky, sweaty, ripe, tasty. I had to lick further down, as I saw his hairy ass below his balls. He lifted his legs as best he could in the truck, and I covered his ass with my mouth, sticking my tongue right up to his hole. He howled in delight and told me to eat it out more. I rolled my tongue all over his ass – his cheeks, his asshole, that wonderful hairy area between his asshole and his balls! I don’t know how long this went on, but I sure loved it. Eventually, he couldn’t stand it any more and told me to suck his cock. I didn’t wait to be told again, and I moved up to his meaty shaft. There was a pool of precum on his stomach, which I lapped up before I crammed as much of his cock in my mouth as I could. We ended up playing around in his truck for over an hour before he finally shot a huge load down my throat. (He wanted to fuck me too, but there was no way I would even try to take him!)

This is true, and while memories may have made certain details more pornographic than they might have been, it is as best as I remember it. It truly was the best glory hole sex I had; and I had many experiences.