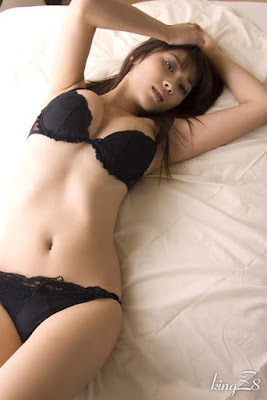 Being nervous was something he was wholly unaccustomed to, as through his incredibly quick wit and charm he maneuvered deftly through most any situation.

However, with her it was different.

Though the two had never met, she had most certainly captured his attention, which is saying quite a bit. Often he found himself bored after a while with most any girl he spoke to, be it days, weeks, or even one short conversation. The end result was almost always the same.


That person was unable to hold his interest. Incapable of captivating him.

Holding him firmly in the palm of her hand, and washing over him whatever feeling she wished him to experience that moment.

He longed for that. For her.

Uncertainty still reigned over him with this one, though he knew she was very difference. One of a kind. Often people confuse being an individual with being different. Yes, in fact one can be unique as a person, but just another fill in the blank.(XXX Stories)

And that she was not.

She was capable of stealing away his thoughts with her slight laughter, taking his heart and prodding it to beat ever faster with a mere few words, or even bringing him to the height of arousal with provocative poses, and sensual displays of her womanly charms.

And charmed he was, though he let on that he was, the depths to which she had him would not be revealed, rather tucked safely away in his back pocket.

Drifting off through nervous excitement and a lack of sl**p the night before over those very same reasons, he was stirred to life by the shrill of his cell phone ringing. Answering it quickly, but with a rather groggy greeting, he found she was here.

Hopping from the couch he dashed past the mirror and out his bedroom door before stopping and tracing back and seeing how his hair looked. Letting out a laugh as it was as tangled and matted as ever, he proceeded to the front door to meet his long expected arrival.

And she did not disappoint.

Hardly so, as she was far more engaging and beautiful than he had seen in pictures and her voice more melodious than on the numerous phone conversations they reveled in. She extended her hand rather awkwardly, and he just grinned at her cautiously, before hugging her.

The sudden physical contact a welcomed gift, though an unexpected one.

As they embraced lightly, he let his hand trail down her back and slightly grabbed her ass. She slapped his arm, though her smile and excitement was evident.

She was rather shy, and didn't really have much luck with guys, thus perhaps the fact she met him over the 'net. While it took some time for her to shed the stigma of meeting someone online, she had warmed up rather quickly to the notion of meeting him and realizing whether or not he was as gifted in person as he seemed to be through every other medium.

His words were a song set to the beat of every young girl's heart, and his thoughts held her gently to his chest in a warm embrace. He was amazing, to her.

Thus she had taken so many steps to meet him, including overcoming her own fears of intimacy.

As she craved him more and more each day, the more likely this reality had become, to the point that almost spontaneously she decided to follow through. And thus far he had not disappointed. That smile on his face and his warm inviting eyes. Boring would be the last word she would ever use to describe him, and she hoped to find a good many that night.

Though he was unaware, or so she thought, to her secretive wants for affection and exploring the bond they had build through cable wires and dialup services. How amazing it was that he could reach out to her, and etch his name on her breast, claiming her.

And she would go along so willingly.

She looked up at him, smiled warmly, and the night had just begun.

They had decided before she came to watch a movie and listen to music, but he had his mind set on a game of pool. She wasn't very good, which is to say she vaguely remembers playing once in some bar and losing badly to some guy who wanted to sl**p with her. And as competitive as he was, they had to make a bet, after all how could he let such a golden opportunity slip through his grasp as sand does an hourglass.

Her smile burned even brighter, as it was decided that the winner got a back massage.

His grin melted her, as she could barely handle the pool cue. In a matchup of epic talents, she actually bested him as he scratched on the eight ball, and stood triumphantly with arms raised, as he muttered to himself about how lucky she was. She was a bit surprised as he did appear eager to win, and that gave him even more satisfaction than before. Her body shivered slightly just at the thought of his large hands gripping her.

She could hardly wait, and they retired to his room, seated on the couch, he got up to get her a glass of water, and she looked around casually. Various sports posters and pinups decorated the walls as a CD he had put on played background music for effect.

She sauntered over to the computer and pulled up his playlist, curious as to which Enigma song he had chosen, and could not hide the smile that accompanied his choice.

How appropriate, she thought, though she was still undecided as to where the evening would progress, and if she would spend the night with him or go find a hotel.

He returned and made a comment about how magnificent her rear was. She couldn't help but blush. Turning bright red, and his constant teasing had her off balance, and she struck back at his choice of music. He had anticipated that, and allowed her to land her own verbal jabs.

That pleased her, restoring a sense of comfort.

As they sat there, he laid back, and they both stared straight ahead for a moment, before he took his left hand and traced the fingers on her right hand with it.

She looked down, and simply watched what he was doing, taking another sip of water.

He ran his fingertip along her arm, up to her shoulderblade, and across her neckline before twirling it around her hair. She closed her eyes peacefully, as he began touching her gently across her cheek.

Whispering into her ear, he inquired if she was enjoying her massage. She replied with a hushed yes, and ignored the fact it wasn't along her back.

Further caressing her cheek, he dragged his finger along her mouth, encircling it, slowly pulling down on her bottom lip. She ever so gently kissed his fingertip, and he returned the back of his hand along her face to her neck, working it over.

He turned around, sliding his left leg behind her, as she positioned herself sideways, and exposed her neck to his hands. He kneaded her with his knuckles and dug into her lower back and sides, and she shook at times at the intimate touch.

And she liked it.

He began working down to her waist, and slipped a finger underneath her shirt, and the touch his flesh upon her own racked her body in spasms, she let out a small gasp that echoed throughout the room.

Slowly he worked both hands underneath her shirt, and pulled it up exposing her back and bra, as he began lightly kissing her neck and back.

Those kisses were fiery hot glyphs of passion seared into her memory and laced upon her skin. She wanted him.

Her arousal level was high, and he began crossing nails all along her back, and sucking on her neck and whispering into her ear.

"You're so beautiful, sweetheart." he laid upon the altar of the temple that was her body as he worshipped it.

She could only moan and reach back and run her hands through his hair, while he brought his hands around her abdomen, grasping her tightly, before coming across her breasts. She moaned and turned to kiss him, and as their lips locked in a dance, he pulled up her bra and began teasing her nipples.

Squeezing and circling his fingertips around them, she alternated between kissing him and moaning to his face.

He slowly ran his hands down her torso, and to her hips across to her thighs, and f***ed open her legs and began rubbing her thighs before cupping her crotch.

He could feel how warm and wet she was, and he reminded her of that fact. "I can smell your sex, and I can't wait to taste it."

She moaned and continued kissing him, while mirroring his hand along her crotch, forcing him to rub her, before he ordered her to her feet.

There she stumbled to stand, and he ordered her to remove her shirt and bra as he watched. She did as he told, and he just stared at her, his piercing eyes and charisma teasing her. She wanted him so badly.

He then reached out and slowly undid her pants, as he slid them down her hips, he pushed her down on the bed and climbed on top of her.

His tongue and hands and lips explored every inch of her face before finding her neck and shoulders to her arms and chest, her nipples and abdomen to her thighs and legs and feet, though he skipped her panties.

Pulling her out close to him, as if to slide inside her as he stood over the bed, he pried her legs apart and descended to his knees, kissing her panties.

She could feel the burning growing. The desire.

He slid the panties to the side, and worked a finger along her lips, before entering her, and sliding in and out of her hole, before teasing her clit with a soft massage.

At which point he pulled the panties further to the side, holding them ajar, and slid his tongue inside of her, encircling her clitoris, and he suckled and licked for a while before entering his finger back inside of her.

The dual stimulation f***ed her to wrap her legs around his neck, as she grabbed his hair and thrust herself at him, moaning. Her climax was swift, and her pleasure incredible. He scaled back up to her, kissing her naked body the entire way as she lay spent.

As he wrapped his arms around her, he whispered into her ear, "Do you feel beautiful, sweetheart?"

Her reply seemed so fitting, though any other time it would seem out of place to her, "Like the most beautiful girl in the world."

He kissed her forehead saying, "That is because you are."