"Sex Stories" Lilyxxx on the telly 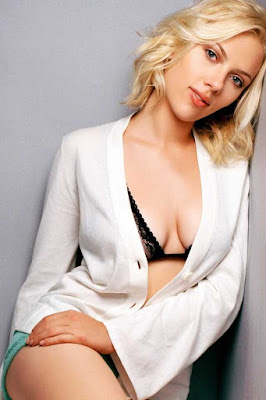 Lily received an email instruction to visit her master immediately. She dropped everything and jumped in her car for the hour journey to his house wondering what he wanted at such short notice. One thing she did know was that she will be fucked, the thought of which made her wet.


She arrived to see a young girl half naked open the door. Lily looked at her pert young breasts and licked her lips. The pretty girl beckoned her inside and kissed Lily on the mouth, making lily very aroused. As she walked inside she could hear moans of pleasure in the living room. She walked in to see master with a girl lifed against the wall, his cock hammering into her. (Sex Stories)

Master smiled at Lily and told her to come over. As she did, he wrapped a hand around the back of her neck and starting kissing Lily passionately on her mouth. He broke the kiss and told Lily to kiss the girl he was fucking and rub and kiss her tits.

As soon as Lily started on the girl, she came over Master’s cock. Master ripped Lily’s blouse open to reveal her ample chest, heaving with her heavy breathing, which he massaged gently, teasing her nipples until they were standing erect. Lily moaned with pleasure and didn’t notice the girl who let her in had a camera and was filming behind her.

Lily was far more confident now and used her spare hand to finger her own pussy as she felt her master’s power as he fucked the other slave. Lily couldn’t wait to have him inside her and was soaking wet almost to the point of orgasm. Lily suddenly felt an arm go around her waist from behind so it couldn’t be master. The man behind her lifted her leg and entered her. Lily gasped in pleasure and came hard as he began to fuck her from behind. Four people tucked into a very small place, it was very hot and steamy, sweat dripping from the four lovers.(Erotic Stories)

As Lily pleasured the girl, master retrieved some ropes and blindfolds from another room. He came back and laid the girls in the 69 position so they could lick each other then tied them together as in the previous meeting but at opposite ends this time. Master and the other guy joined the girls kissing and licking each other and it was then Lily could see the other man could not be older than 21 – she enjoyed the attention of a younger man. What he lacked in experience he could make for in enthusiasm.

Master withdrew his cock early, lifted Lily backside and gently penetrated her ass. Lily was in ecstacy. As his cock pushed deep inside Lily could say nothing except oh god, oh god. The feeling was amazing as he made love to her ass. The other girl frantically licked Lily’s pussy. The feeling of being licked and fucked at the same time was overwhelming for Lily. She hadn’t felt anything like it.

She noticed her master was hard again. He grabbed Lily around the waist and impaled her on his cock facing away from him looking at the TV. Lily came yet again. She was totally spent but completely in orgasmic heaven with her master inside her and watching herself being fucked from behind by the young male.