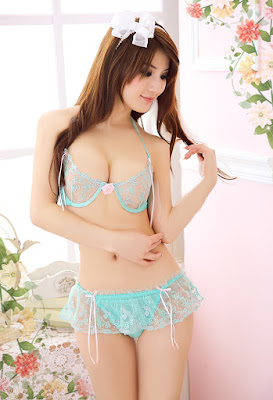 My name is Linda; I am a 32 year old nurse and I assist in giving medical exams. The doctor’s office I work in specializes in women’s health and performs routine pelvic and rectal exams.


One case that I will never forget involves Jenna. Jenna is a stunningly attractive office receptionist. As I was doing the preliminary work-up on her prior to the physical, I noticed that she had recently turned 36. I told her, “Jenna the current medical guidelines are to include a proctological examination of your colon in the first physical exam past the age of 35.”

Jenna sort of gulped and said, “OK I guess so if it’s a requirement.”(XXX Stories)

After we finished the eye tests, hearing tests, and respiratory evaluations I told Jenna to follow me to the patient dressing area. There I gave her a gown to put on and told her to meet me in the adjacent restroom when she was finished changing. A few moments later she entered the restroom.
Now Jenna had a cast on her left arm. She told me she had broken that arm a few weeks ago in a skiing accident.

I had already spread a disposable sheet on the floor and had filled a one quart disposable bag enema. I asked Jenna, “Are you going to be able to do this yourself with your broken arm?”

She replied, “I don’t think so. I guess you’ll have to help me.”
I said, “OK. Since it’s just us girls in here, why don’t you remove the examination gown, it will probably be easier and less messy if you do so.”
I helped her off with her gown. She was a breath taking sight as she stood before me stark naked. She had long auburn hair, nice round breasts, a very tight ass and a fully shaven pussy. Jenna had one of those centerfold asses that were well shaped. Her ass cheeks separated at the base of her crack enough to leave a nice space in her crotch leaving her pussy lips very visible as they protruded downward between her thighs. My husband frequently tells me how hot that part of the female body is and now it finally made sense.

“The best position for this is on your knees with your fanny up in the air,” I told her. She knelt on the sheet with her legs spread and bent over until her chest and face were resting on the floor. I stood behind her admiring the sight. In her bent over position her ass was spread wide open. Her puckered little anus was beautiful, perfectly symmetric in shape, devoid of hair, and ready to be kissed.

Ready to be KISSED? What is wrong with me? I am a professional and a happily married woman. I have never had a lesbian tendency in my life.
Jenna clearly had cast her spell on me.

I continued to get lost for a moment with thoughts of licking her cute little asshole. I had never had these kinds of thoughts before about a woman! My gaze next went from her asshole down to her pussy which was also slightly gaping. I could not see any evidence that she was getting wet. Just as well because if I had, I might have done something unprofessional that I would have regretted later.

“I need to insert my finger to lubricate your anus,” I told her. She tensed when I slipped my finger in to the second joint. I rotated it a few times and promptly withdrew it. I was strictly nurse-like in my approach. Inside I was going crazy. I wanted to explore her ass deeply with fingers and tongue!
I slipped the nozzle into her ass, going in much deeper than the recommended 2.5 inches. I then opened the hose clip. She lurched as the cool water entered her bowels. After she had taken about one fourth of the bag, I closed the hose clip. I reached between her legs, brushing her pussy with my hand, and massaged her distended belly. After I had massaged away her cramps, I opened the hose clip once again. After she took a little more than half the bag, I shut it off again and withdrew the nozzle from her asshole.

After 3 minutes I said, “OK hop up on the toilet and expel.” She immediately jumped up and sat on the toilet. I told her to put on her examination gown and join me in the examining room when she was finished. I left the room and gave her some privacy as she used the toilet.

When Jenna came into the examining room I positioned her on the table for her pelvic exam. I d****d her and had her put her feet in the stirrups.
The doctor then came in and started the exam. I helped him put on a pair of examination gloves and squirted a dab of KY into his palm. He then examined her pussy and asshole simultaneously with his digits. I starred on pretending to be of some assistance.

When the doctor completed the pelvic exam I gave her some tissues to wipe the lubricant off of her pussy and asshole. I then told her to kneel on the table with her behind in the air like she did when I gave her the enema. She promptly assumed the position on the table. All the while the doctor was preparing the proctoscope. I stood by her head and told her to breathe deeply through her mouth. Her eyes popped open wide as the doctor slid the proctoscope past her anus and into her colon. He examined her colon deeply. The whole time he was examining her I massaged her temples; she seemed extremely tense. When the he was finished he abruptly withdrew the scope and said, “Everything looks fine. You can get dressed now.”

That night when I go home from work, I was relieved to see that my husband was not home yet. I ran up to the bedroom and found his stash of Playboy’s.
It must have been a funny site watching a 32 year old women feverishly ripping through Playboy images with one hand down the front of her scrubs.
Finally I found what I was looking for. It was a picture of a long auburn haired model who had nice round breasts, a very tight ass and a fully shaven pussy. Just like Jenna.

I turned page by page though the picture set working my fingers in and out of my own pussy. I was so wet. I heard my husband come home but did not care. He would enjoy the show I am sure. I kept working my clit hard, grinding my pussy mound hard into my hand. Finally I found a picture of this beauty bent over, sticking her ass out for the camera. It was well shaped and her ass cheeks separated at the base of her crack enough to leave a nice space in her crotch leaving her pussy lips very visible as they protruded downward between her thighs. Just like Jenna!

I lay on the bed, tired from my efforts and a little sweaty.
As he picked up the magazine off the bed Joe said “Wow, that must have been some picture!”

Joe must have been a little confused since He did not think I was into women. I’m sure he was also excited about what this would add to our lives.
Joe added, “Hey Linda, this picture looks a lot like this girl Jenna I just interviewed for a job in my office today. She was a really sweet girl and I think she will get the job. It’s too bad she had a broken arm.”