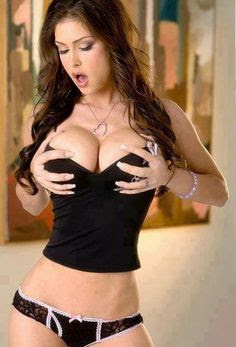 The chat this morning was light, nothing too sexual just more a quiet visit on line with a new friend. I wasn’t feeling particularly sexual for some reason this morning, in odds with other mornings the past week or so.


As I told my new friend that I needed to hit the shower I teased “I'll pay especially close attention to breasts and pussy”.

I started another cup of coffee in the coffee maker and stripped off my clothes as I headed down the hall to the bedroom. I’m not always the neatest of persons and I left a trail behind me starting with my tennis shoes and ending with panties on the bedroom floor. It was chilly and raining and my house hadn’t yet warmed up from the night's coolness and when I looked down I saw my nipples had tightened just a bit after moving from the warmth of the bra, t-shirt and sweatshirt I’d had on a few moments earlier. (Erotic Stories)

I pulled back the shower curtain and turned the water on high and hot. I felt a chill standing there naked waiting and noticed my nipples had tightened a bit more. I pressed my palms to each as I waited for the water to heat up and felt a familiar stirring between my legs. Perhaps I was beginning to feel a bit sexual after all.

I, like many I think, have a certain order to my shower. I picked up the scrunchy body rub and choosing what scent to use today squeezed the milky white liquid into the netting. “Looks like come” passed fleetingly through my head as I began to trace the slightly scratchy bundle over my body. Even though I was now warm my areola had not returned to their normal slightly puffy self, but instead remained a bit crinkled. I rubbed a bit harder there than I had on my arms or shoulders and was rewarded with an even further tightening and my nipples standing further upright.

I sighed quietly and moved to wash the rest of me, sliding fingers between my labia and allowed a quick dance over my clit. I rinsed out the netting and picked up the bottle of shampoo, holding out the palm of my hand to catch the liquid and again that fleeting thought “Looks like come” passed through my mind and with it, another stir between my legs. Washing my hair is sometimes a joy and sometimes a chore. Long and thick it depends on my mood on which it is. This morning it was a joy, feeling my fingers slip and slide through the suds as I leaned my head back and felt my fingernails sc**** lightly on my scalp. The only thing that would have felt better was a hand fisted in it with a breathy whisper across my ear. Fuck, that wasn’t just a stir between my legs it was almost a clench. I wonder if all women feel clenches, those moments when the inside muscles spasm simply from a word or a thought.

I rinsed the soap from my hair, delighting again in the feel of the hot water rushing over my nakedness. And then I felt it, a poke, a stirring, and a clench and decided that perhaps I needed some attention after all. Yesterday had been full of teasing with no release of the tension due to, well, due to the way life just is sometimes.

I wondered how long I’d been in the shower and if I had enough time for this before I ran out of hot water, I must remember to turn the temperature up on the water heater! My palms slid across my breasts and in interest of making sure I didn’t run out of hot water I moved my fingers straight to the black triangle at the V of my legs. I know so many men like a bare pussy but it’s a lot of work, and I’m just not willing. Besides, I like the natural fur. I have been known from time to time to shave my labia, but it’s a bitch when it grows back so I don’t do it very often.

My fingers slid between my folds and I actually smiled to myself when it was obvious from the slick feel that not all the wetness came from the shower head. I put one leg up on the rim of the tub and folded one arm against the shower wall. I laid my head on my arm and pushed my bottom out just slightly.

I turned, fingers pushed between my legs as I heard a noise at the door. Shit, what the hell was that? And then the shower curtain was pulled back slowly. Visions of Psycho flashed through my head, hell doesn’t that scene flash through everyone’s head when they’re in the shower alone and hear a noise? But it was him and not Norman Bates. He was completely dressed, his black jeans and flannel shirt still morning fresh. I blushed and smiled a shy smile, the “oh crap, I’ve been caught masturbating” look flashing across my face. He simply smiled and pointed down. My eyes moved from his and swept down, pausing at the bulge in his jeans. My brown eyes held a twinkle as they swept back to his eyes and my fingers started moving again.

I put my forehead back on my arm, but pushed my bottom out even farther towards him, an invitation that I didn’t speak. My fingers continued to work through my folds, pulling and tugging on lips, pushing at and lightly pinching my clit. I heard his zipper; I love that sound, a man’s zipper being pulled down over hard cock, and then silence. I wanted to turn and look again but instead kept my eyes closed and concentrated on the feeling of my fingers dancing their dance through slick wetness. I felt a slight breeze cross my back as he moved closer and I pushed back just that slight bit that was left before I’d end up unable to lean against the wall. Still no touch from him, but I heard that familiar sound, skin on skin and I knew he had his now steel hard cock in his hand. I like to watch. I like to see a man stroke his cock and even more I like to see come spurt from the end but leaning against the wall would keep me upright and so I didn’t turn.

I pushed harder at my clit and I felt my hips begin to thrust to my hand. It was going to be quick this morning, all that tension yesterday had come back ten-fold and I was needy. I slid one finger deep inside and felt the tightness of my cunt. Fuck, this was going to be so fast and I whispered through the mist “I’m not going to be able to hold it, it’s coming fast”. A second finger slowly worked in to join the first while my palm pressed hard on the hard nubbin that my clit had become. I wanted his cock, I wanted him to fuck me and I didn’t care where. My soft moans became a bit louder as I realized his breath had quickened when I told him I was so close. A part of me thought for a fleeting moment of trying to shove the body wash bottle in my cunt and I blushed brightly at even having the thought.

I felt a trembling start deep inside me and a soft “fuck” passed through my lips. “I’m close, oh fuck, I’m so close” was whispered and my hips now thrust at my hand like the flanks of a bucking horse. There was no stopping this orgasm; it was going to rip through me like a train.

I hissed loudly, “fuck fuck fuck”, I heard a growl from him “Now” and I felt a hot spatter on my ass. “Oh God yes” flew from my mouth as I felt his come spatter on my round ass cheeks. The white hot spatter of a man’s come on my flesh will send my head and cunt into a frenzy every time.

I threw myself over the edge and erupted in a monster orgasm. My cunt clenched tightly on my fingers and I had a fleeting thought of how this must feel on a man’s cock as I pushed them in a bit father and curled the tips. My clit was a raging nub of electric energy as the heel of my hand bumped it harder and harder until it passed over into the overly sensitive bit of flesh that screams to be touched but screams if it is touched. I felt my knees weaken a bit and I had to pull my hips back in under my torso so I wouldn’t collapse in the shower. Slowly my breathing returned to normal and my legs felt solid under me again. I noticed the water had grown tepid and thought I needed to get out of here fast before it turned completely cold and I had a rude end to a lovely shower.

I almost looked behind me for the black jeans and flannel shirt; I have a vivid imagination you know.