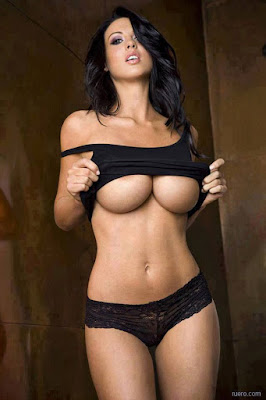 My wife and I had been married for only two years when my best friend from high school, Mario, called to ask if he could spend three weeks with us. He was studying in central Florida and wanted to come home to visit some of his relatives. Unfortunately no one had the room for him and my wife and I had a spare room in our apartment.


We both agreed to let Mario stay with us for those three weeks. Mario had been both our friend. While he and I were closest as far as friendship went, my wife dated Mario before me. When I was dating my wife Mario would always tell me about the things they did together. I got turned on with his stories of making out, eating her tits and fondling her pussy. According to Mario, my wife used to give him hand jobs and blow jobs. According to Mario he never fucked her though he tried many times. She just wasn't ready she had told him.(Erotic Stories)

I was so hot my cock was going to explode. I stroked my cock and finally couldn't contain myself any longer. I pushed Mario off my girlfriend and mounted her in a frenzy as I felt my balls tighten. I pushed my now throbbing cock deep into her and she gave out a loud gasp. She wrapped her arms around me as I began to shoot torrents of my hot cum into her. The three of us laid there exhausted until it was close to the time Mario's parents would be coming home. We got dressed and we took my girlfriend home. The three of us continued to make out and fuck together and at times just one of us and my girlfriend till we got engaged. When we got engaged my girlfriend refused to continue having sex with Mario.

Now two years after we were married he is coming to visit us and I couldn't wait to see if my wife would be willing to fuck us both together again.