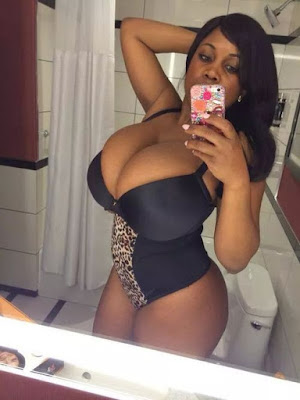 When they first came into mainstream usage digital cameras were expensive, the one I refer to was retailing at £600.00. Of course that price put ownership out of my reach, not that I was thinking about buying one, no, this price was mentioned to me by its owner as he showed it to me, when I first met him.
I was in Beijing, in China, with my job with BA and at the hotel where we stayed there was an oil convention in which the attendees were also staying.

At night down in the basement there was a small bowling alley, where all the Westerners partied.

As we had got in late we were keen for a couple of drinks so we left our bags and went straight down, thinking closing time was not too far off.

In our uniforms we marched in to the relief of all these men, as the room was bereft of females.

As for myself, I was on cloud 9 as I moved across the room to find a chair and empty table for the group.

Wine and Champers were delivered to us in rapid response and as glass after glass were downed, I was warming to the attention, it one feel very special indeed.

A game of 10 Pin Bowling was on offer and we all joined in. I was invited to sit by the scorer and as I was clueless as to how these things worked, it was not long before I was sitting on the lap of the guy, being shown the working ways of the machine.

They were a friendly bunch and at one point my photo was taken, sitting with him and to my amazement I was shown the result.

I had just had my first exposure to digital photography and when I queried more from the owner about the camera, a Kodak DC 40, I think thats right, I was told about its prohibitive cost, but the fact that no film was required and better still no developing costs, in fact the inuendo of no developing was not lost on my fuzzy brain, as this was divulged with a nod and a wink.

The owner was an American in his 50's, a really nice guy, very polite and accomodating and obviously lacking in self esteem.

He was actually working on a Rig in Bohai Bay and had come here for the convention and was due to return within the next few days. What amazed me was that he had been there for 5 months and planned to stay for a year in total.

Of course the topic shifted onto sex, or the lack of it in his case. I was in familiar territory with this so I was at complete ease as he poured his heart out and found myself steering the conversation at will, both suggestively and sympathetic, invitingly coy and promising, but aloof, out of reach one moment, then giving hope for a possible moment of bliss.

That of course was up to me, I would decide if he was to have a night of bliss or another night of frustration and possible hand job, in what might have been, that sense of power is something I cherish most and I use it a lot.

So as we chatted I toyed with him and started to appear more d***k than I was, this being a ploy to lull him into a sence of hope, after all a d***k girl is easier to manipulate than a sober strong mided one.

'What room are you in?' He held his breath as he waited on my reply. 'Why would you want to know that?' I retorted, straight faced and deadly serious. He panicked, apologising profusely, he meant nothing by it, he was just wondering, besides if I was going to invite someone back to my room, there were many young studs lining up for that honour.

'Do you think I am looking for a fuck, with someone down here?' I said, sitting back in my seat and adjusting my top to emphasize my breasts making them more prominant. It worked as his eyes cam to reat on them as I squiggled in my seat.

Even in the darkened room I could see the colour drain from his face. I had him by the balls, I was not letting go, I wanted to squeeze them at will and make them hurt.

'Actually, non of these guys do anything for me,' I said, adding, 'Young men just think of themselves, when they are humping.' I smiled coyly, 'No give me a man considerate of the girl he is mounting, and I will show you a guy who will be happy.'

He never expected that mouthful coming out of my mouth. It showed a woman of stong conviction, equally chalenging and experienced, a girl who knew what life was about and more importantly, what she wanted.

'I need to go to bed now.' The look on his face read, I have lost, and a new look of desperation crept over it as he tried to convince me to stay for one more nightcap.

'No sorry' I said firmly, 'I need to be up early in the morning,' I lied. 'I will come with you,' he blurted out, 'Why?' I enquired. 'To make sure you get safely to your room.' I looked around me, most of the men in here were twice his size, what the hell could he do if one of them did try it on.

'OK' was all I said and we walked out and into the elevator. I was waiting for him to make his move, mabye an offer of money, mabye a furtive attemt of a kiss, but that would have been comical as I towered over him.

'If I invite you in, you wont try anything funny?' I asked. 'No god no' he said and in we went, into my room of pain and pleasure.

The room was smallish, with minimal furnishing and a small bathroom. 'Dont take this the wrong way, but I need to get ready for bed, so its not an invitation,' I said. His face lit up, I was going to show more than he dreamt off and I was doing it without conditions, except he did not try to fuck me.

Blouse and skirt were off and on the chair, I stood in full view, bra, knickers and stockings. 'What do you think?' He sat transfixed. His lips were moving but nothing was coming out of his mouth.

'The rest come off in the bathroom, sorry but thats personal,' I said smiling. I went in and closed the door emerging minutes later in the hotel happy coat. I dropped my knickers and bra on the bed beside him, and noted he was looking at my stockinged legs. Yes I was nude except for stocking under this flimsy coat. Now any normal man by now would have been inside me, banging on about me being a gagging teasing slut who needed this, you know that and I know that, but this guy had been moulded to accept my rules for which in return, he was given a little light entertainment, for his restraint.

I sat opposite him and again reiterated my need for sl**p. He stood up and the bulge in his pants was obviously adding to his discomforture with the pain of nothing over the last 9 months.

I reached for the camera, 'Can I take a photo of you?' I stood up letting my front open accidentally on purpose, and on seeing me for the first time, pert breasted, pinky and tip tilted, complete with shaved bush, he remained frozen to the spot.

I pretended not to notice my indecent pose, standing with the camera raised to my eyes, my raised arms helped to accentuate my nudity. I stood for minutes in this indecent pose, letting him look me up and down and imprint it into his brain for eternity. Of coarse he will tell everyone, but in reality, no one will believe him, everything was coming up aces for me.

Picture taken I lowered the camera, then pretended to notice my exposure for the first time.
By now he was tipping over the edge, desperation had set in, I was sqeezing the proverbial balls.

'Please babe let me stay,' he pleaded. I had made no effort to cover up my indecency, why should I, I was selling my soul to this sex starved pigmy and even I knew I had to let him see and smell my need.

'Look he said,' reaching for his wallet, pulling out Dollars. 'Im sorry I pay, no offence, but please.'

'The camera,' I said, triumphantly, 'I take the camera.' He agreed, without hesitation and at my insistance agreed to sign it over to me, signed sealed and delivered.

As he wrote on the sheet of hotel paper I reached into his pants, having undone the waist button and zipper. I eased both his pants and underpants down to his ankles, took hold of his cock and carressed his buttocks. 'Slowly,' I whispered, refering to his scribblings as my probing was driving his hand writting haywire.

Once written and signed and still working his penis with my right hand, I was working my pubic bone on his flank, my left middle finger, now full off my face cream, freshly scooped from an open jar, came to rest with the opening to his anus.

As the cool cream touched he stiffened, both in his body and penis. Hmmmmm I thought, time for a rectal probbing, and in I went, f***eful and hard, remembering my girlfriends description as she probed men for medical reasons, her being both an intern and an internet dominmatrix.

I must be ambidextrous, as one hand was pumping his cock as one speed, and my other hand was reaming his ass at a slower and more deliberate pace.

He had released 3 minutes after signing, not bad, 3 minutes work for a £600 pound camera.
Now I look at him, all spent breathing hard, I was still holding him by his cock and I placed my hand on his face and gently turned him to face me. 'I need your help here,' and sat down on the edge of the bed, lay back drawing my legs up and open, exposing my girlish hairless crotch, 'Now baby get working.'

I closed my eyes and felt his warm breath and probbing tongue.

Yes guys, we all have him to thank, as the earliest photos of me soon started appearing on the fledgling internet, and sometimes in my moments of desire I lay his ownership note on my face and breath in the moment he released his pent up desire for me, marked darker and crumpled but salty and distinctive to all conisours of male secretions.