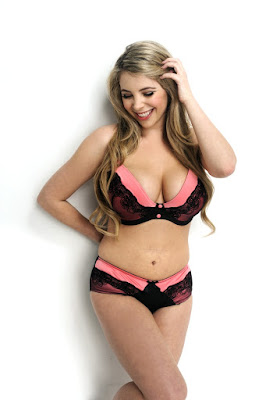 i had been awaiting my visit to the gyno's for a while - eversince i got the new 20-something hot doctor. when i had gone in to schedule the appointment i could hardly contain myself as he indroduced himself as Dr Warren Jackson. finally my day had come. yay! i got dressed in my shortest skirt (for "comfort" more like quick access), my sexiest baby blue thong, my (extremely) see through blouse and my mathching baby blue bra. when i arrived i was ten minutes early and the minutes felt like hours as i fantasised about Dr Jackson. eventually he came and called my name "Miss Bridget Welles?", i stood and he smiled and greeted me. i shot him my sexiest smile and sashayed past him.


he led me to his room and asked me to get undressed behnd the cutain. "Would you like a gown?" he inquired and i replied "is there much point to a gown?" and i got the answer i had been hoping for. "not really, theyre pretty see-through and im gonna need under it for a while". i came out from behind the curtain, he had his back to me and he was reading my medical history. he left the room for a moment while a nurse came in to take all my measurements. the cool plastic of the tape felt good on my nipples and i sighed a little. the sexy nurse shot me a grin, told me to lie on the table and said the doctor would be in shortly. she left the room and in came the doctor. (Porn Stories)

he smiled and said he would be starting with checking my heart beat. the stethoscope was freezing and i flinched a little when he lay it on my left breast. he asked if i would like it warmed up but i declined. i liked cold metal on my body, i loved the shivery sensation - so hot. he moved it around a little and felt the shivers. id always found stethoscopes sexy and they always made me horny. he put the stethoscope away =( and brought out a thermometer. he asked me to roll over so i did so. he spread my butt cheeks and slowly inserted the thermometer into my ass. "good" he said as he removed it. i rolled back over and he said he was now going to check my breasts. he touched them gingerly at first but then he got a little more into it, he tweaked my nipples and pulled them hard. the way he was making me feel i just never wanted it to end.

i knew it was over when he asked me to place my feet in the stirrups and this was when i began to really get excited. he would notice how much i had been enjoying his touch when he noted the wetness of my pussy. i spread my legs as wide as possible (id finally found a use for my gymnastics classes as a k**) he took a look and smiled but i obviously wasnt supposed to notice. he began gingerly again as he spread the labia with one gloved hand and slowly began reaching with his other hand. the way he had positioned himself i could see he was becoming hard and i smiled to myself. he began feeling all around and i began to drip. he explained the speculum and slowly inserted it expertly into my gaping pussy. he took a look around and commented on my cervix.

he took a swab and took a sample. he slowly removed the cold metal speculum which had been causing me much pleasure. he sat it down and inserted to of his fingers into me and i lost controll, i was melting from pleasure. he felt around and withdrew his fingers and explained he was now going to measure my heart beat in orgasm. he called in the nurse apparently called wendy and she smiled at me and put the stethoscope in her ears and lay to cold metal on my heaving breasts. dr jackson sat on the same stool as before, infront of my pussy and he took of his gloves.

i was goin to get up but he locked the door. "we dont need anyone else for the next part of the ahem 'exam'" he said. he removed his shirt to reveal a six pack and then removed his trousers and boxers. he climbed onto the table with me and i felt him enter me. oh the pleasure. he started kissing my breasts, biting them occaisionally. i honestly thought i was going to die from the pleasure. he was bouncing up and down on me now. i couldnt tell who was wetter, me or him. he stood up and so did i. i knelt on the ground and put his cock in my mouth. he held the back of my head and i licked and licked until he exploded with pleasure. i stood and he told me to lie on my front on the table so i did.

he climbed on top of me bouncing again. he put his hands round so he could feel my heaving breasts. squeezing them together and twirling my nipples. he climed off again and began spanking me hard. "Who's been a naughty girl?" he kept asking before spanking hard. when he stopped he said "are you gonna be a good girl now and let the nice doctor finish the exam?" "yes doctor, i'll be good but what do i get in return?". he rolled me over. he put my feet in the stirrups for me and spread my legs far. he put his head down and i felt his warm tongue poke deep at me. he was moaning and so was i. he stood up again and went and got his stethoscope. he put in on my pussy and i flinched from the cold but it was so nice. "now now i thought you were gonna be a good girl.

the nice doctors gonna check your heart again" he put it on my nipples it was still cold but it was wet from my pussy. "this next bit might hurt a little but promise you'll be good and you might get anouther treat!" he bit down on my vagina, not painful at all. "good girl, wanna treat?" i nodded and he began the licking again before he climed atop me for the last time. he pushed deep into me and we moaned in unison. his intercom buzzed and said "mr jackson your next patient is here" he went over and replied "okay im just finishing up with this patient". "a couple more things. roll over you need your shot" i done as i was told as he prepared my injection. "be brave now" he said as he wiped a spot "one, two, three!" on three he stabbed the needle in and scooshed out all the liquid and removed it. "ow" i said. he kissed it better and said "lie on your back once more for the doctor now" "what if i dont wanna?" i asked sexily. he spanked me hard and i rolled over. "open up" he instructed and i did as he licked for the last time.