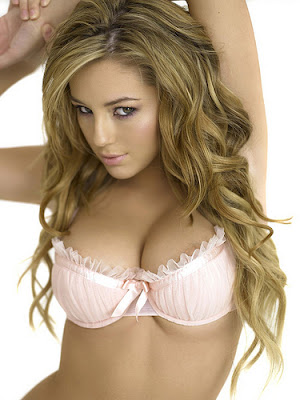 Back then they had just super charged my balls. My doctor discovered my scrotum needed to be untwisted. After that it was like having a second puberty. I thought I had a big erection before then. Plus I would soon discover an extra bonus.


My first girl friend in college didn't have much going for her in the face department. In fact she may have been the ugliest girl on campus. But "Irish" made up for it in so many other ways. (And NOT just a great personality)

Secondly Irish had the perfect chubby chaser's dream for a body. My first love Sky was on the hefty side as well and ever since then the pattern was set. With two notable exceptions I've only made it with fat girls.

As for Irish her proportions were just like Goldilocks porridge, they were, "just right." She was not too big and certainly not too small.

Everyone who likes fat girls know there's point where things become too big. For example, tits that hang way too low, or a monstrous hanging belly or an
ass that resembles a sack of potatoes. These are all big turn offs in my book. Irish had none of these.

But best of all Irish was a bigger sex addict than I was. She was a total fuckin' nympho.

Once while a party was going on at her place she tried to give me a hand job right in her kitchen! That's not too wild so far except her mom was right around the corner! No! No! no! Not good!

Lucky for us I had a buddy who lived nearby. He also house sat for his grandparents who were down in Arizona for the winter. Everybody knew
about that house. They always cleaned up after and kept everything just the way it was.

As soon as Irish got me up those stairs she just about tore all my clothes off getting to my cock. Then she almost ripped my shorts up to get me naked.

As for me I preferred a slow unveiling. First the blouse comes off, then the jeans. Next there's a slow removing of the bra and letting "the girls" roll free.

Finally come the panties. That's when I saw what an awesome big furry box Irish had. All nice chubby gals have such nice wide slots that seem to call out,

After playing with her hefty bouncy fun bags for a while, I reached down with my right hand to rev up Irish's red furry love cavern. She was so ready my for manhood when I shoved it in deep.

Minutes later I discovered my amazing bonus. After blasting my load inside Irish I raised myself off her belly and saw her eyes get really big.

"Are you shittin me?" she exclaimed.

Her answer nearly floored me.

"Your cock limp is bigger than my ex was hard. In fact, bring that thing over here," she ordered.

After getting several strokes in Irish's left hand my big boner returned and we were soon back to humping and bumping. Not only did my hard on come right back
but I lasted allot longer the second time. I'm not sure if that's how X rated stars control it for so long but that's what works for me.

But what I hot ride! After all that pussy juice was released it was like there were tiny little faeries inside of Irish's box massaging my pecker. Soon after that I unloaded my paste for the second in an hour.

What a fucking bonus for an ugly bouncy fat girl named Irish.