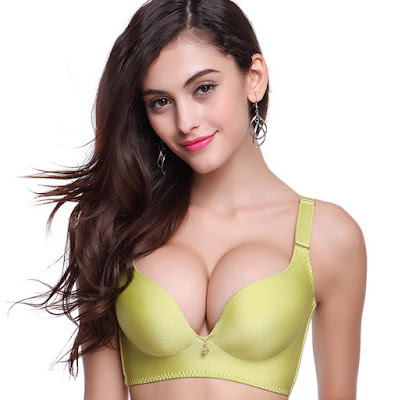 I just moved in to my new apartment downtown. A few months ago I finally divorced my bitch of a wife and I was a free man and it felt good. I decided to move out here in the city and put the past way behind me. The movers were done moving in the rest of my things and it was up to me to open the boxes and put everything in their proper place. By the evening I was halfway through except for my bed which I didn't have time to put back together. Then the doorbell buzzed.


The first ring all day long. I thought maybe it was the neighbors welcoming me. I looked through the peephole and saw a thing of beauty right before me. I opened the door and there stood this five foot five, very petite, brown skin beauty with hair heavily braided. She wore a pair of shorts and a pair of red mules showing off her nicely polished toenails. She had a nice pair of clean shaven legs and I could imagine what else was shaven. The red tubetop she wore matched her mules and her shoulders were nice and shiny. This girl knew how to make herself look good. "Hi", she said. "Hello yourself", I said. "I'm Cynthia, I live next door." "I'm David, your new neighbor." "I know." (Sex Stories)

She smiled showing off those pearly whites. I also noticed she was holding a plate wrapped in aluminum foil. "And this is for you. A little something from Mrs. Hill from across the hall. She's a little shy around strangers." It was an apple pie freshly baked. I would certainly have a field day with it. "Thank you", I said, "would you like to come in?" "I don't want to bother you or-" "No, no, not at all. I like to know more about my neighbors." Without any hesitation she walked in and I was enjoying the view from the rear. What could I say? She had a fine ass. For hours we spoke about my marriage coming to an end and her being an artist. Nude modeling was her specialty and already she was offering me to pose for her.

I wasn't too keen to the idea. "Posing in front of strangers?", I said, "no that's not me." "Ashamed of your body?", she asked. "No, of course not. I'd rather be naked in the privacy of my own home." "Sounds like a plan. Maybe another time." "I doubt it but anything's possible." I didn't realize how late it was until I saw the clock hanging on the wall. It was already after eleven and Cynthia was about ready to leave. I walked her to the door and opened it. I wanted to kiss her goodnight but I kept my distance. I wish I could say the same for my cock which was starting to grow in my pants. "Well", I said, "it was nice talking to you, and hopefully the rest of the neighborhood is as friendly as you." "You'll get used to it. Well, I'll see you later, D." "Listen, you doing anything tomorrow?" "Making your move on the first girl you meet? Get even with the mrs.?" "No, she's history.

I don't care if she's breathing or not. So what do you say?" "We'll see. Goodnight." "Goodnight." Off she went and closed my door feeling the numbness that grew nice and tight. I wondered if she saw me getting a hard on and was reluctant to get to know me more. She probably thought I was a pervert or some sicko. I figured forget it and go to bed. The doorbell buzzed once more. I quickly opened the door and there was Cynthia. She came inside and slammed the door behind her. "I haven't had a date in a long time", she said. "Me too." The heat was on. The fire was burning as the two of us were holding on to one another, locking lips and feeling all tongue tied.

I pinned her to the wall sucking on her neck, listening to her moaning in my ear and her tongue tickling it. I pulled down her tubetop and feasted upon her luscious titties. Her nipples were nice and hard and I sucked on them like I wanted to eat them. I was still hard and I felt her fingers caressing my cock. "Where's the bed?", she asked. "This way. But I have to tell you, it's not finished yet." "Who cares?" Our lips were locked tight and our tongues were dancing with one another. I wrapped my arms around her waist and lifted her. Her red mules slid off her feet and I took her straight to the bedroom. I planted her on the matress which was all there was of my unfinished bed. She didn't mind one bit as long as we continued what we started. I took off all my clothes and she took off hers. Cynthia wasted no time grabbing my cock and sucking the life out of it.

It was a good thing I remembered to put sheets on. After I stopped Cynthia giggled with delight and she was getting more than she bargained for. Her feet began caressing my chest and I grabbed them both, planting them on my shoulders. I planted my dick deep in her pussy and Cynthia continued with her moaning and screaming. "Ooooooooh!", she cried, "oooooooh, your dick is so hard. My pussy loves your dick. Aaaaaaaaaah! So fucking big. Fucking big!" I gave it to her all night long. If it was a long time since she got laid she would remember this for an eternity. I know I would. "Aaaaaaaaah!", she continued, "keep it there. Keep fucking me. Keep fucking me white boy. Deeper. Deeper. Ooooooooh! Oooooooooh! Oh shit. Oh fuck. I love your dick. I love your dick. I love it inside me. Big. It's so big. Aaaaaaaaaah! Deeper. Deeper. Go deeper. Oh shit. I love your dick. Keep it inside me. Oooooooooh!" Moving out here was a good idea.

The rest of the neighborhood would certainly know me better after tonight. I was getting tired but my dick wasn't done yet. My dick was in Cynthia's ass all the way. The love for my dick continued and Cynthia couldn't get enough of it. Her dirty talk got my dick rolling and stayed hard giving her all the pleasure she so desired. "Fuck that ass", she said, "fuck it good. Fuck my ass up. Fuck it good. Fuck it real good! Fuck it! Fuck it! Aaaaaaaaaah! Fuck that ass! Fuck it! Love that dick! Keep it in, mother fucker! Fuck that ass! Rip it up! Rip that fucking ass! Fuck it! Fuck it! Aaaaaaaaaaah! Oooooooooooh! I fucking love that dick. Keep it in. Keep that in! Deeper! Deeper! Fucking love that dick! I fucking love that dick!" She was a wild one. I've never encountered anyone like her before. As I removed my dick from her ass Cynthia turned and grabbed a hold of it.

I thought she was going to suck it again but she had other ideas. "My pussy wants more", she said, "my pussy wants more dick." I gave in to her demands and fucked that pussy all over again. If I kept this up she'd probably want more everyday. "I love that dick", she said, "my pussy wants more dick. My pussy loves that big dick. I love it inside. Deeper. Deeper. Oooooooooh! Ooooooooh! Ooooooooh! Love your dick. Fuck me harder. Fuck me Harder! Aaaaaaaaaah! Oh fuck! Oh fuck! Fuck that pussy! You fuck that pussy! Do it! Do it harder!" After I was done Cynthia was catching her breath and laughed in amazement at what I did to her. I knew she wanted more but that was all I had and she knew it too. I'd almost forgotten what being with a woman felt like.

Tonight reminded me in a big way. The following morning Cynthia remained in my bed sl**ping quietly. I was getting dressed for a job interview and was not going to blow that off. It was too early to go but I figured get an early head start. This was an interview I couldn't afford to miss. "Good morning", said a familiar voice. I turned around and there was Cynthia standing on one leg while the other was carressing it. She was wearing one of my white long sleeved shirts and she looked good in it. "Good morning", I said. "Where you off to, tiger?" "Got a job interview. Very important." Cynthia approached me seductively and give me a big wet one on the lips, with a little tongue in the mix. Already she was thinking of going another round with me. "Hmmmmmm", she said, "I could just eat you." "Another time. I can't get dirty." "Oooh, that's too bad." Another big wet one on the lips, but she wanted to do more than that. She went to my couch and made herself comfortable. She had one elbow on the couch's left arm and her legs on top of each other, while her right hand began carressing them all the way down to her barefeet. I could tell she was teasing me. She even smiled and licked her lips. I was thinking maybe I over did it banging her. I had unleashed the b**st inside of her. "I know what you're doing", I said. "Little ole me?", she said, "I'm just...lying here.

You want to sit next to me?" Now she was getting to me. I turned around and turned on the remote to my flatscreen taking a look at the weather. I needed something to keep my mind off her. "How's the weather?" Cynthia asked. "Sunny mostly cloudy, with little rain. Not too bad." "When is your interview?" "About a couple of hours. Enough time for my coffee and a little breakfast, and I'm there." "A couple of hours? For breakfast?" "I've got plenty of time left to kill, but I want to get there early." "That's two hours away. What are you going to do between now and then?" "I'll figure it out." "Do you have time for seconds?" "Huh?" I turned around and Cynthia stood before me with my shirt unbuttoned.

She took it off and let it slide down her arms. She was in the nude and I couldn't take my eyes off her. There was no denying she had a great body and my dick knew it too. Cynthia looked down and saw the swelling in my pants and there was no avoiding her needs. She was hungry for more, a whole lot more. "I guess you have time to kill after all", she said, putting her arms around me. "What the hell." The both of us went at it again all over the carpeted floor. We both cummed all over it leaving stains that might be tough to remove. Other than that it was all worth it. Welcome to the neighborhood, David.