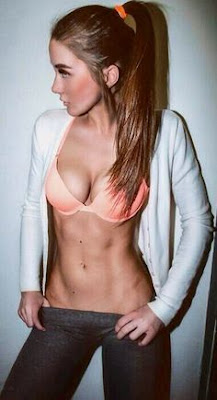 This is a story that seems to always get me hard and wanting to jack off every time I recall it, so I hope it does the same for you. It is something I can’t explain but I have always wanted to watch my wife suck and fuck another man while I lay beside them and wait my turn. Call me a pervert I don’t know but the story goes as follows,


A friend I’ll call Rob used to come by alot and he and I would watch races, football games etc, drink and bullshit like guys do. My wife who I’ll call Susan would always join us, sit with us, make snacks and watch also but really wasn’t into the late night games. Occasionally she’d fall asl**p and Rob would comment on the way she’d curl up or stretch out on the couch, the way her legs looked, the motion of her breasts moving up and down as she breathed. A couple times her nipple would sneak out of her top if she was wearing pajamas at the time. and of course I’d mention private things like her hard erect nipples, how wet she’d get during sex and how good she was during sex. I could tell he’d always show an erection when we talked about her and I’d secretly wish he’d experience it first hand.(Adult Stories)

One night he came over and we were watching a game when the power went off. Without power we decided to all play some poker by candle light. We sat around on the floor by the coffee table. It was fun having to try to see your cards in the dim light so we started drinking more and more. We all began to get pretty well d***k and talk then turned sexual. We tried to get Susan to play strip poker but she’d decline each time. Susan went to the bathroom and Rob told me she’d be passed out soon. I said "How?". He made her a drink and she drank it all when she returned. It wasn’t ½ hour that she was wobbly and semi- passed out, she was laying back on the couch Rob said “told you” and I asked what he did and he just said he made her a special cocktail. She won't remember a thing the next day.

I thought well she needed to be put to bed so I asked if he assist me in doing so. We literally carried her to the bedroom and he held her up while I lit a few bedside candles. I pulled the bedspread and sheets down and he laid her down and I straightened her legs out and he and I looked at each other and smiled at the same time.

He said “she won’t remember a thing my friend”, so I said "are you sure", he again said she wouldn't. So I smiled and said “she always sl**ps in the nude ”. I reached down to lift her top over her head exposing her bra covered breasts and Rob said, “whew, they are nice”. I said “I guess the bra is yours” I rolled her to one side and he unsnapped her bra and it fell off as she laid back. Her nipples were erect and hard as pebbles.

He and I got on the bed and each began to massage a breast and rolling her nipples between our fingers making them even more erect. This went on for a few minutes and he asked “can I suck one” and I replied “be my guest”. He immediately began sucking and licking her nipple and I was enjoying the sight very much. Her body involuntarily began to move slowly to his sucking and arousal of her body. Not to be undone I took the other nipple and began my teasing of it so here we were each sucking and licking a nipple and I assume hard as rocks ourselves.

This went on for some long minutes and I said, “are you sure she’ll not remember?” and he replied “No she won’t”. I said, “Okay I think the jeans definitely need to come off don’t you?” to which he readily agreed. We both unsnapped, unzipped and together pulled her jeans off leaving the cutest beige bikini panties covering her nudity. Rob slowly spread her legs outward really wide, bending her knees slightly and slid his hand up her thigh and he and I saw the curly brown hair sneaking out from her thigh band of the panties. I watched as his finger traced the outline of her crotch. Rob said “my goodness she is soaking wet down there” I touched her and let my finger enter the panties and surely she was really wet, passed out and soaking fucking wet. By the candle light her bush was evident and Rob asked if he could remove her panties and off they went too.

Here laid my wife, nude, legs spread like a whore in need, her nipples hard, pussy just flowing wetness as I watched. I lifted her hips and placed a pillow under her hips to raise her pussy higher. Rob and I took turns finger fucking her while the other sucked and licked her nipples and breasts. Passed out or not she was moaning with this action and her hips were moving with our fingers, her mouth was open as she breathed harder, her head turning side to side and I was in heaven watching this.

I sat back and watched as Rob finger fucked her and then he put 2 then 3 fingers in her and opened her pussy more and more. He withdrew his fingers and traced her asshole with a finger as he smiled.

I said “we might as well get naked also” and the clothes went off really fast and we straddled her naked body. He was a bit larger than me but who gave a shit at that point. Rob rubbed his cock along her arm, her neck and I watched as he placed the head of his cock to her slightly opened mouth. Susan didn’t move so he slowly slid his cock into her mouth as her lips parted to accommodate it. He looked at me, smiled and began to slide his cock in and almost out of her mouth then in again. It was amazing seeing him mouth fuck my wife and her involuntarily begin to suck on his cock. He did this for a few minutes before we switched and surely she was actually applying sucking power to my cock.

We stopped and removed the vibrators and sort of looked at each other as if to say “what next”. Rob said “hey I have to taste her if it is okay” I said “go for it, it should taste sweet by now” and I watched as he licked her pussy, stuck his tongue deep inside her, literally ate her like a Wildman. Her body again began moving to the oral fucking and again climaxed. Rob stopped and said I have to fuck her, I have always wanted to see this but I said “sorry guy that part is mine”, I positioned myself and entered the hottest feeling wet pussy I have ever had and began to fuck her, he positioned himself so he could fuck her mouth but I told him he had to pull out before he came. I fucked Susan like never before and I know she came again because it was obvious if you could have seen her. I felt myself brimming and came deep inside her, Rob withdrew so as to not gag her and shot his come onto her breasts. He and I laid beside her, touching and enjoying the evening. I did finally allow him to slide his cock inside her until he was about to cum and he just fucked her until he came on her mound. We cleaned her again and he left.
The next morning we awoke and she was snuggling to me and said she was sorry she passed out but she wondered if we had fucked and I said yes we did. Susan said she had the weirdest dream last night. I asked “what was it”. She said “I dreamed I was helpess and was being used by 2 men and fucked and sucked both of them.” She asked if I was mad about the dream and I smiled and said “of course not, would you like that to happen?”. She smiled nodded yes and leaned over to suck my growing cock and we made love.