"Sex Stories" Out in the Big City 3 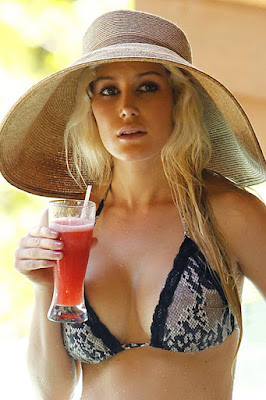 Gigi was a hairdresser with hir own salon downtown. It was closing time when Gary introduced me to hir.

You pretty much know a relationship is over when your lover says,

"Have I got a boyfriend for you!"

Lucky for me Gary was right. Gigi was perfect. S/he was a cross dresser like me, only a helluva lot better at it than I was.


As far as Gary was concerned he wanted nothing to do with the whole cd scene or anyone who is into it. Besides I think deep down he missed getting fucked by a military type instead of a quiet passive type.

After Gary left, Gigi locked hir front door and we went to a back room.

"So Gary tells me your a cross dresser in stealth mode."

"You only do it in private." Gigi explained. "So have you picked out a name at least?"

I hesitated. This was the first time I mentioned this to anyone. And Gary was so turned off by knowing anyone who would even consider trying on his mother's things. Let alone changing their name to a female one.

"It's (deep breath) Lori Ann. It's what my folks would have called me if I were born a girl."

Gigi walked up to me and grabbed both of my hands and smiled.

Then she added with a smile "Lori Ann the tran. "

I carried my travel bag to a store room and got my stuff out. There was my mom's old wig, a bra she was going to throw out, a red sweater and a pair of black slacks she never missed. Best of all by a very strange fluke of
genetics I could fit into my mom's shoes. That's because I took after my dad's side of the f****y. They all had tiny feet.

With my transformation complete, I checked myself in the mirror adjusted my wig and walked out to show Gigi.

"Oh my God! s/he squealed walking up to me. "You're adorable!"

But then with a wink s/he got in my face.

"For a chemo patient! That old wig looks like something people would get to hide the fact that all their hair had all fallen out!

And as for these clothes, they look like some frumpy shit you stole from your mom's! Admit it! I know your type"

Gigi was making hir way down a hallway. "I think it's time you saw the real Gigi. I need to show you how hot you can look, Miss Lori Ann."

In what seemed an eternity Gigi transformed hirself from a flaming gay male to a stunning sexy cross dresser. In fact s/he was the hottest looking person I'd ever been alone with. When I saw hir bare white legs hir short tight
black leather dress, with matching long boots I was so turned on I started to hyperventilate.

The gyrl rushed to my side and started to rub my back which only served to turn me on even more. "It's just that," I began, still gasping for breath.

"I've never (gasp) been alone with anyone so hot before."

And with that s/he pulled open my slacks and began to suck my cock. As s/he caressed it with hir lips I found my voice.

"Actually (puff) what I really want (GASP) is to suck your sweet lady stick."

With a new twinkle in hir eye Gigi stopped sucking at once and withdrew my throbbing penis from hir mouth.

"Well, why didn't you just say so, girlfriend!"

S/he leaned back on an easy chair, rolled down hir panties and pulled out a giant boner.

Instantly I threw myself on it. Gigi squirmed with pleasure as I worked hir cock up and down with my mouth and licked hir cock head with my long sticky tongue. I could feel hir gettig ready to explode, which turned me on even more.

Gigi screamed with pleasure as white spunk juice erupted into my mouth. I only flinched a little as hir lady stick sprayed juice all down my throat and all over my lips and chin. Hir legs were twisting all around my head and
s/he finished her last spurt.

"Oh my fucking God!" she screamed. "Oh God! Oh shit! Oh yes! FUCK YES!"
"You are so ready for the circle Jerk club!" s/he exclaimed.

It must have been quite a sight to see a man with a wig, and a bra with a pair of woman's slacks drapped over high heeled shoes, fucking the living daylights out of a sexy cross dresser in a hair salon storeroom. But there we were, humping and bumping away.

As I emptied my load up Gigi sweet tight ass pussy I wondered what the hell the "Circle Jerk Club" was. But from that moment on I knew that with Hank, Gary and Gigi's help not only was I out as a bi-sexual I was out in the big city as a cross dresser.

Lori Ann "The Tran" was on hir way!