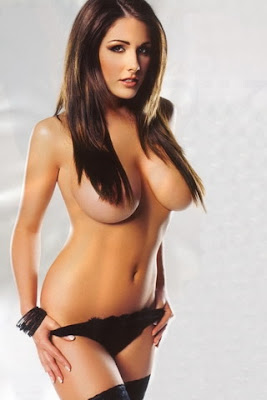 I am realtor, I sell houses for living. I am very good at it. I am 52 years old, I work out, divorced, have nice c-cup tities, blonde hair and I am not fat. I get hit on alot so I know I am attractive. I have an assistant named Judy who is an attractive married woman, 46, nice boobs, not overweight, blonde hair also.

We looked at alot of houses, and these guys flirted and we flirted back and it got pretty raunchy. Finally at one of the houses they broke out some wine, and poured Judy and I a big glass which we drank. We drank more and more till we both had a pretty good buzz going. Judy and I both were enjoying all the attention. We were at this very large house that was furnished whenaone of the men asked to see judy walk across the master suite to see how the room flowed. Then the man wanted Judy to walk across in just her panties as he claimed his wife did that alot and that Judy looked alot like his wife. Judy did this and I could not believe it, she was prancing around in her panties. These men slapping her butt as she danced around, one man grabbed her panties and pulled them down revealing a nicely trimmed dark bush. She said that someone should join her as she jumped onto the bed. One of the younger men pulled off his clothes and jumped on the bed and they wrestled around for a minute stopping in the 69 position, his face burried in her snatch and his dick stuck in her mouth. I could not believe what I was seeing, my pussy was soaking my pants. The other younger man joined in and they switched position again as one man was doing her doggy and the other was getting a BJ. My pussy was now hurting to be fucked, the 2 old men removed their clothing, one asked me if I would join the party? I removed my clothes and got on the bed.

We took a break laying there for a little while talking and flirting till everyone recovered and we all started fucking again. We switched partners so everyone got to fuck everyone. I even licked cum from Judy's pussy and she did from mine also, that was great! Within 45 minutes i had four diferent guys pump me full of semen, Judy too. We looked at 3 more houses and fucked in those 3 houses. My pussy hurt because we fucked so much and I thought that it would surly leak semen for all the next day. We finally finished and Judy and I went back to the office, we could not stop talking about what had happened. Judy said that she was always easy and liked to fuck. I told her I like to fuck too, but that was the first time I had done something like that. Judy said that she has done something like that many times. When I got home my husband wanted to fuck me, I went ahead and took a large load from him too. It sure felt great to be be slutty, I think I will be doing that again as Judy said she knows a club we could go to. I soon will have more to write about.

Oh yea, you would think after some great pussy and fucking that those bastards could have bought a house from me but we never saw them again and they would not return any of my calls!! maybe next time.