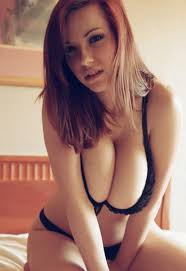 As some of you know was off to southern California for a short business trip. Seeing this as an opportunity to have a chance to meet some of our members in the area. I posted a little short ad here and was not surprised by the amount of response. It was nice to hear that there was so much interest from people willing to get out from behind their computer and get together.


With a scheduled visit for what I felt could turn out to be a really nice time and to get to meet and greet with a couple people on my evening arrival would be somewhat exciting. I have always enjoyed hearing about peoples interests and fantasies a little peel of the onion into the minds of others my own voyeuristic pleasure of others thoughts.

I arranged to meet our member after my arrival, which was nice to know. I encouraged her to do whatever she felt that would make her the most comfortable and with my approval they invited someone to join us. He arrived first and we got a chance to get acquainted with each other, talk about experiences we have had, and general stuff like that.

Since I usually talk more then anyone and can hardly get me to shut up, but I did pretty well as I managed to segue to the question of why and what we all were doing there that evening. I asked what our guest felt comfortable with, understanding that the initial interest would be able see a man stroke off and with two potential available tonight a couple guys stroking. Feeling bold she told us that she would be comfortable having us get naked and masturbate for her. Well a couple guys, don't need a lot of encouraging but top it off with some of the conversation we have been having then it was off with the clothes. As she sat on the couch and he the other end of the couch with myself in the chair across from them it was going to be a great viewing spot. Important to enjoy the pleasures I shared my bottle of astroglide and we both went to work at stroking ourselves from soft to hard. The fact is that after an hour of general banter, just because two guys were now naked and stroking, it was not going to stop. So the three of us continued to talk, make wise cracks and general enjoy watching our techniques.

As my climax subsided and gently enjoyed the sensations of my hands and fingers caressing my flaccid manhood. Jokes were made and the other man joked that the pressure was on him now. Well after he continued to work his own stiff manhood, he made the suggestion that he might use a hand. I waited to see if she wanted to help or if it was going to be up to me. Well I saw that she was not feeling comfortable enough to stroke another or maybe what she wanted to see was me actually giving him a hand. I got up from my chair and went over to him and as I got to him he released his grip, meaning to me that I was welcome to give it a go.

Well his cock was good and hard as I went to work on it for him, trying my techniques to see if it would help build him to satisfaction. I looked over to see that she was very excited about it and we commented about how she felt watching it, hope this isn't a miss quote but basically said "Wow that is really pussy zing" As I continued to work on his very hard stiff manhood, stroking him soft, quick and fast and hard. I could feel it ready and building but not completely. After awhile he said let me try it for a while and I went back to my chair and began to work on my own semi-hard manhood again. Feeling it getting hard in my hand again I enjoyed stroking it for awhile, as I was not sure to enjoy more long slow play or pull off another explosion. I opted for slowly enjoying myself.

As it was now getting very late, we decided to break up for the evening and thanks to everyone went around. Of course after my guests departed I went right back to work reliving the excitement of letting her see us stroking off as a show for her. I have gotten a chance to speak with her since and I know she really enjoyed how comfortable we made her feel and the appreciation of us allowing her to watch in her clothes and not feel any of the pressure to join us.

Well I hope you all get a chance to assist in someone's fantasy or if you have a fantasy that it gets fulfilled for you. I understand we may even get to hear from her about what it was like to experience this evening.