Trang chủ Sex-Stories "Sex Stories" The slip of the tongue

"Sex Stories" The slip of the tongue 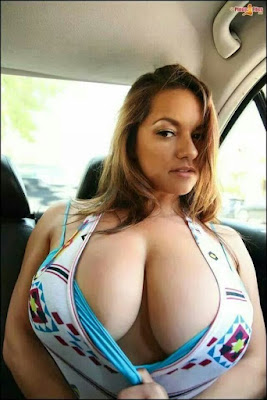 It was a cold November day in London, and David and Maria were lying in bed talking about their eventful days as usual. The conversation started with discussing trivial matters, but then things changed.


David and Maria were married, in their late 20s and generally happy as a couple. David was originally of French descent although he had lived and been brought up in England; he did not speak a word of French for that matter. Maria was Colombian, a real beauty. She was curvy in just the right placed and had the most refined dark hue. David and Maria had met through a common friend whilst at university five years back. Their relationship took off soon after.(Porn Stories)

Tonight the topic of their conversation was different; at least it eventually spiralled into a different direction. Maria had always been a bit on the jealous side – not drastically jealous but somewhat mistrustful. David on the other hand trusted her in every possible way. He always felt there was no need to doubt her commitment to their relationship.

As they were lying there, Maria abruptly asked the impermissible in a relationship:
‘David, do you ever think about other women?’
‘No, why?’ David said without much conviction.
Maria knew David too well. She was not convinced by his reply.

‘Why do you? I mean, do you think of other men?’ David asked hesitantly, with some relief for he knew he would not have to talk further about the truth, the truth of all men (and women).
‘No’ said Maria more convincingly.
There was silence.

‘Are you honestly telling me that you have never thought about other women?’ Maria asked.
‘Well, maybe a few times, you know.’ David said.
At this point he was feeling very uncomfortable. He wanted to change the conversation but he knew Maria would persist.
‘Tell me’ Maria said
‘I do not want to talk about it.’ said David, ‘Look, you are my wife and I will be faithful to you. The temptations in our mind are a product of God’s creation – if you don’t like it, speak to him, not me.’ Now, with much greater confidence he felt he had taken the upper hand of the conversation.
They then slept.

Two weeks later David came home from work tired as usual. Maria asked him to come with her I to her bedroom. David walked in and to his amazement she had placed two handcuffs on the both bedposts.

‘Take your clothes off and put the handcuffs on” she said.
‘OK’ David said with a sense of excitement.
He did so and once they were fastened Maria walked around the room and said:
‘Now, I have a surprise for you’
‘I can see that’ he said.
‘No, that is only the beginning,’ She said ‘you wait’.

Maria walked out of the room and in came another lady wearing a casual dress; she was beautiful, slender with large voluminous breasts. Her cleavage was beautiful to see, her dress was almost revealing something extraordinary. David was in a state of paralysis, he could not believe his eyes – was this really happening. It was. He felt vulnerable lying exposed on the bed.

‘This is my friend Carolina’ Maria said, ‘Isn’t she beautiful?’ without really waiting for a response from him.

Both fully clothed, Maria proceeded to caress and fondle their new acquaintance in the bedroom. David, naked, was getting hard. He was so excited he was not able to utter a word. Maria kissed Carolina gently on the lips and they both started to moan with sexual excitement. After a few moments, the ladies both started sucking David’s hard penis in turns. His excitement was ineffable.

Carolina then spat on David’s penis lubricating it heavily for Maria’s turn to suck.

Maria then got fully undressed and sat on top of David’s penis whilst Carolina licked Maria simultaneously as she was being penetrated.

David had never been so sexually satisfied in his entire life. He was deeply penetrating Maria whilst the groaning continued.

Then Maria climbed off, ‘Your turn’ she said to Caroline. Caroline beside the bed, facing her back towards David took off her beautiful dress, and removed her underwear whilst holding her crotch. She danced up and down and her ass was so luscious. Maria and David both looked amazed by her magnificence. David was intrigued.

‘What do you think? Do you like what you see?’ Maria asked cheerfully.
‘I do, I want more’ David said.
‘Are you sure?’ Maria replied.
‘Yes, yes, please.’ He begged.
‘Turn around Carolina.’ Maria ordered.
She did, she turned. David was speechless he, again, could not believe his eyes but this time he was in a state of shock – he was confused.

‘You didn’t expect this’ Carolina said effeminately whilst holding her very own penis.
She was not a woman. She had all the features of a woman, except this. She was something different.

She approached David and sat on top of his hard penis. David was shocked. He did not know how to behave. After all, he was handcuffed. There was not much he could do.

‘I thought we could reach a compromise darling’ Maria said in a malevolent tone, ‘don’t you like it.’

Carolina was jumping up and down and David did not know what to do, he was enjoying it; he was confused. Maria was watching with excitation.

A few moments later, Maria took her turn to get penetrated by Carolina whilst she was stroking David’s penis slowly but firmly.

This continued, only now Carolina took her turn on David whilst Maria was licking Carolina’s anus. David felt an uncomfortable pleasure in all this. He had never experienced anything like this before. He was both angry and soothed by the pounding.

Finally, Carolina took her penis out of David and masturbated until ejaculated all her bodily fluids in his mouth to much of David’s discontent and amazement. Maria then came over and licked the residues around David’s face and spat vengefully the semen back into his mouth: ‘How you like that’ she said.

The amusing ordeal lasted longer, Carolina and Maria finished David off and exchanged the semen between them and then, finally, Carolina got dressed and Maria released the handcuffs. David was speechless.