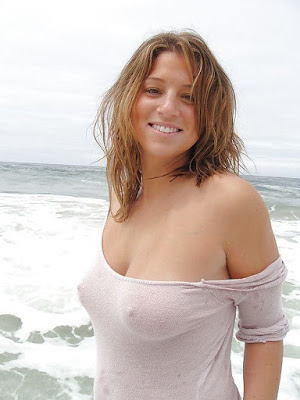 Three days until the deadline and four thousand words to write. That's two thousand today and the rest tomorrow, then a quick re-read and edit on the last day. Although you don't want to over do it otherwise you'll never pass – so say just four hours of writing a day, then relax and watch telly for the rest – and maybe have a couple of drinks for all the hard work. Five hundred words an hour then: piece of cake! Oh yeah, and those books first... Of course, if Carman didn't spend so much time trying to work out systems and equations to lighten her work load and actually got her nose stuck into the stack of books towering above her then she might be able to get into the swing of it with greater ease.


So Carmen wasn't the biggest party a****l in the world (it's before midday and she's in the library for crying out loud!) but uni's uni and it'd be rude not to get involved in the life style. But now with the end in sight pangs of guilt whispered to her that maybe she shouldn't have missed so many lectures due to waking up with a stinking hang over or another bloke who she'd have to make a point of avoiding on campus for the rest of the term...(Erotic Stories,)

She looked at the book on top of the pile. Starred at the title. Attempted to read the synopsis, then the first paragraph, then any page opened at random. OK maybe not that one to start with. Start with something light. Selecting the thinnest volume in the stack she tried to pay attention but for every quote she noted down on her note pad became decorated with an extravagant border of doodles.

A scrunched up ball of paper landed on her work space causing Carmen to look up and around for the assailant that had invaded her territory and broke her concentration (well, half concentration... She was looking at the book, at least!) She just caught the figure opposite her duck behind the desk divider and watched for a moment until a head peeked over the horizon. It was another girl with long, dark hair that seemed to shimmer in the sterile light of the library. Her features were small and feminine on her face and her eyes hinted at a cheeky, cheerful personality.

“Well, are you going to read it then?” she whispered in a bouncy voice. Instantly the librarian fired a sharp look and hushed her from her nearby desk, but that only caused her to giggle in a cutely infectious way.

Carmen opened the note and read the terribly cheesy joke on it in delicate hand writing, she stifled a chuckle and rolled her eyes at her neighbour then turned back to her book. Within a minute another note flew over the threshold, this time bouncing off her head before landing in front of her. Another joke, just as awful but full of charm and this time accompanied by a sweet little heart and a kiss. She wrote one of her own and threw it back. When the girl read it she burst out in hysterics and attracted the harsh attention of the librarian again. Carmen smiled to herself – no one ever laughed at her jokes but this was a full belly laugh and not just a pity snigger.

The note flew back and forth between the Carmen and the other girl, who introduced herself with a chibi self portrait as Katie. She drew a picture of Carmen too and it flattered her, she was a good artist and for someone who didn't like her picture being taken Carmen was more than happy to look at this hastily drawn image in her likeness. She found herself watching her new friend as she read the notes she sent to her: Katie would play with her hair or nibble on her finger as her bright eyes scanned over the message and she'd look... Well, she looked fucking hot to be honest. Now Carmen was straight and hadn't really been too curious but she found something about Katie incredibly attractive. And it wasn't just the appreciation of when a friend chooses an outfit that amplifies their best qualities – Carmen found herself fancying this girl.

Katie's notes became more and more flirtatious and Carmen couldn't help teasing her back in her own. Every now and then she'd look up from a message and see those deep blue eyes looking into hers from beyond her dark fringe and it'd melt her a little bit. Carmen smiled coyly at her new object of desire and tried to stop herself from blushing but she must have failed because Katie grinned and scribbled one more quick note.

“What?” Carmen looked up to mime to her neighbour but she wasn't in her seat any more. Something tapped her shoe and she almost leapt out of her skin as she gave a little yelp of shock. “Could you please keep quiet?” demanded the librarian.

Carmen glanced down to see the raven haired woman crouching underneath the desk and returning her look of confusion with one of someone with a plan. Katie grabbed at the chair and pulled Carmen's body closer to her own hidden self.

A mixture of feelings washed over Carmen when Katie's fingers started dancing up her bare calf: part of her was excited and longing for the touch of this beautiful stranger while other parts of her were confused and trying to remind herself that she was straight. But one thing was certain amidst Carmen's conflicting emotions – Katie's hands were magical! Her touch had the perfect balance between gentle tease and firm presence, and she used her fingers to draw sensuous patterns on her skin. The messages written on her flesh moved higher and higher with a slow but unstoppable pace until Katie's hands arrived at the hem of her skirt where they paused.

Carmen had held her breath since the first touch and now desperately wanted to exhale but she knew it would come out as a sigh that would echo around the room so she tried to let it out in small, controlled bursts. But when Katie's hands darted under her skirt and grabbed at her arse she couldn't contain the gentle moan that had been welling up inside her body. Quickly she tried to turn it into a cough but the librarian still glared at her as Katie's hands started peeling Carmen's panties off.

She shifted in her seat to help Katie ease her underwear off but was very aware that she was attracting attention from more people now. The sensation of being exposed in a public place like this was exhilarating for Carmel and adrenaline pumped through her body, raising her pulse so high that she's sure they can hear her heart thumping away all across the room.

“Hey wow, you're already pretty wet!” Katie whispered from down below, “Nice!”

And she was right. Carmel hadn't realised how aroused she had been but she was gushing for Katie's attention. When her tongue found her pussy it was fantastic and she couldn't help throwing her head back and biting her lip hard to swallow down a cry of joy. Carmel had enjoyed oral sex from some blokes before but usually they'd been too keen to get their own dicks wet or had been too d***k to do it properly – but Katie certainly knew her way around down there!

Carmel was struggling to keep her gasps and sighs from escaping her throat, but knowing that she couldn't express her satisfaction – the sense of the forbidden – only turned her on more and added to the mounting ecstasy. She kept squeaking and shuddering whenever Katie's tongue found a particularly sensitive area or tried a new motion, so it was no surprise that her arousal had aroused the suspicions of the librarian.

“Are you quite all right miss?” the middle aged woman who had probably never known so much pleasure in her life asked, leaving her desk to stand next to Carmen, “If you cannot keep your volume under control then you will have to take your studies elsewhere.” Katie knew full well she was there but she wasn't going to let it interrupt her work. If anything she became more intense and started biting at the bud of Carmen's clit with her teeth.

“Mhmm,” Carmen managed to nod, still biting her lip and holding her breath lest she fire out a screaming orgasm in this patrolling dragon's face, “I'm sorry, I just get carried away in these books.”

Carmen raised a book up to her face to cover it as she opened her mouth wide in a silent scream, her eyes bunched tight, before gathering herself and giving the librarian a sweet smile. As she walked away Carmen could feel that she was about to cum and her heart raced faster still as she wasn't sure if she'd be able to do so silently. Trying to fight it as the juices flowed inside her only made the climax all the more fantastic. She managed to let it out in short bursts that went largely unheard by everyone else, and in doing so had prolonged the length of the orgasm. Her entire body was tingling and her hands were quivering from the mind blowing experience. She risked looking down to see Katie looking up from between her legs, licking her lips to taste Carmen's flavour and they both smiled at each other.

Katie returned to her seat and Carmen tried to go back to her reading but her mind was even more distracted than before. She sent one last note over to her new lover, passing on her number and saying she'd like to return the favour.