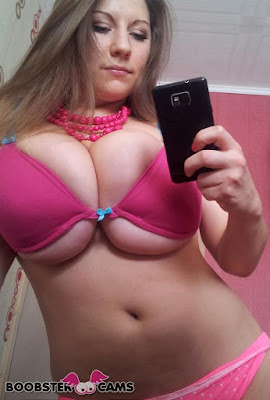 Suzee was in bed, hoping to get a good fuck from her 'friend'. He was a friend that she was bedding for the first time. Hopefully it was the first of many times they would be together in this most intimate way. Suzee had lost her long time Master to a heart attack. She had lost her Master while she was on her belly, enjoying an afternoon ass fucking that both of them loved.


Suzee knelt between her friend's spread legs, her soft, wrinkled hands stroking his soft cock, fondling his gray-haired balls, hoping that he would respond in a way that would feel good for both of them.

But he wasn't responding. To be more accurate, his cock wasn't responding. Suzee bent over and licked the head of his cock, swirling her tongue around, flicking his peehole with the tip of her tongue. Still his cock showed no sign of life. Suzee tried moving his cock to the side and licking his balls. She used the tricks her late Master liked when she serviced him, tugging on his hair with her teeth, taking one of his balls into her warm wet mouth.(Adult Stories)

Her friend was surprised when he felt his ball go into her mouth. In all his years of having sex, no one had ever sucked on his balls like what Suzee was doing to them.

He asked her if she knew what she was doing. Suzee gave him a muffled reply, his ball still in her mouth. He kept his head lifted up, watch Suzee suck on his balls, making sure she didn't hurt him, or them for that matter.

"I'm sorry babe," he said to her. "As much as i wanted to get hard and fuck you, my cock didn't respond like i wanted it to. Is there anything i CAN do for you to get you off?"

"What did Ken do to you that got you off?" her friend asked her.

"Ken was more than my husband, he was my Master."

"Master? Master as in how?"

"Master in that he made all the decisions in our bed, in our sex life."

"Oh? What kind of decisions?"

"He did? You gave yourself to him that completely?" he said, his cock unexpectedly coming to life.

"Yes, I gave myself to him that completely. I discovered when I was a young girl that I was, that I AM submissive. I am submissive in most aspects of my life, certainly as far as sex is concerned."

"You don't say," he replied. "So if your husband, correction, your Master, walked up to you out of the blue and told you to suck his cock, you'd do it?"

"Most certainly," she said. "And he did to exactly that. I'd be on the phone for instance, talking to my s****r Heidi, and he'd walk up and just say to me "suck me". And Ii would. If he was feeling devious, he'd tell me that I had to suck him while I still talked to my s****r. That made for an interesting conversation. Master liked it when I made a lot of noise sucking his cock, so I tried to please him while at the same time talk to my s****r and not be so obvious what I was doing what I was on the phone with her."

"At first when this happened on the phone Heidi had no idea what I was doing. But after Master had done this a few times to me, I think Heidi figured out what was going on. Ken and I didn't brag about our relationship to Heidi, but we didn't go out of our way to hide it either."

"Not hide it? What did your Master do that showed the way he treated you?" he asked, his hand starting to stroke his cock.

"He'd have me kneel down and tie his shoelaces for instance. He'd tell me in a dismissive way that his shoes needed to be retied. That or we'd be at home and he'd tell me to take of his shoes and massage his feet."

"That's not so bad," he said. "Did he do anything else in front of your s****r that was a little more revealing of the way you served him?"

"Well, one time Ken and I were sitting on a bench at the park with Heidi and Ken casually put his arm over my shoulder and pinched my nipple. I didn't blink since he had played with my nipples in public many times, but Heidi's eyes got real big as she saw Ken fondle my nipple. He was sitting there, playing with me, acting as if it was the most normal thing in the world to do."

"Did he do it like this?" her friend said, reaching across the bed, rubbing her left nipple between his finger and thumb.

"Yes, just like that. Sometimes he's be gentle with me, but sometimes he'd be rough with me, watching my face to see if I showed any emotion to what he was doing to my body."

"Like this?" he asked as he used his fingernails to bite into my nipple.

"And did he pull on them too? Like this?" He then used his fingernails to pull on her nipples.

"What was the most outrageous thing he did to you in public?" he asked. Suzee noticed that there was a drop of pre-cum on the tip of his cock. It was working. Telling him about her life submitting to her Master was getting him hard, hard enough to hopefully fuck her.

"One time we went to a nude beach. There were a lot of naked people on the beach, but not everybody was naked. There were soome hills over-looking the beach, and there were some people up on the hill watching the naked people down below. Ken decided that I was going to put on a show for them, one they'd never forget."

Her friend reached over and took Suzee's hand and placed it on his cock. Suzee immediately started stroking him, feeling the hardness in her hand, the sheer manliness that she had missed since Ken had passed away.

"What happened was that he had me kneel in front of him. He told me to undress him, which of course I did. I started to take my own clothes off but he stopped me. He said he liked the image of a dressed woman kneeling in front of a naked man."

"He then told me to start stroking his cock. His cock was soft when I first took hold of it, but it started getting hard when I stroked it, growing to it's full 8 inch length. Once he was nice and hard he had me stroke him with one hand while I used my other hand to play with his balls."

"Was his cock thick, or thin?" her friend asked Suzee.

"Oh, it was thick. Not as thick as my wrist, but thick enough to choke on when I took it in my mouth."

"So then what did he have you do for him?"

"He stood there, acting like it was the most natural thing in the world to have a woman giving you a handjob on a (semi) public beach. After a few minutes of my hands on his cock, he told me to crawl around so that i was behind him, still on my knees. I stumbled a bit as I did what he told me to do. Once I was behind him, he told me to lick and kiss his ass, and to make every effort to lick his asshole. By this time I was so into my role that I didn't think at all of not doing what he told me to do, regardless of whether or not anybody could see what I was doing for my Master."

At this point Suzee's friend got up on his knees of the bed, now in a position above Suzee.

Suzee looked up at her friend. He looked down at her and said, "Don't stop stroking, my little slut. Keep telling me about Ken and you on the beach. If you're real nice I may even let you suck my cock."

"Yes, Master. To continue, I was kneeling, my face in my Master's ass, my tongue working between his ass cheeks, trying to get to his hole. I wasn't quite able to reach it, but Master knew that i was trying my best. After a bit he told me to use my hand to spread his ass cheeks. I did as I was told and I was finally able to reach his hole with my tongue. Ken loved it when I liked his hole back there. I liked his hole until he told me to stop."

"So he finally told you to stop?"

"Then what happened, slut?"

"Then he turned around, looked deep into my eyes, and told to lie down on the towel, on my belly."

"I was on my belly, my head turned to one side. I could see not too far away a couple sitting on their towel. They were both naked, and the woman had her hand in the guy's lap, going up and down. She was giving him a hand job whule they both watch Ken and me doing what we were doing."

"No, I knew that my Master would be very upset with me if I came without his permission."

"So he's fucking you from behind, there on the beach, with people watching him. Am I right?"

"If I may be so bold, Master, I'd like to tell you how he punished me AFTER you fuck me with your wonderful stiff cock. Sir."

"Since we haven't established any rules, yet, I'll allow you this liberty, this one time."

"You say that word quite well. Privately, from now on, that will be how you always address me."

"Now, on your belly, slut. I want to fuck you. Afterwards you WILL tell me how your Master punished you for breaking rule number one."

Her friend (and new Master) climbed on top of her and slid his cock into her very wet slit...