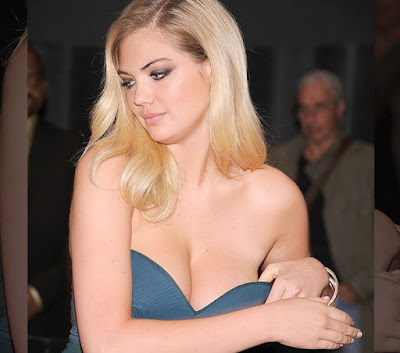 "Welcome to Geneva" the pilot said as the flight touched down and taxied towards the gate at Aéroport International de Genève. I'd been waiting for this moment for the past month in anticipation of seeing her again. I still remembered the bittersweet goodbye at the bus station 3 months ago as I watched her bus drive away, happy to see her follow her dreams yet torn at spending my last semester without her.


The pilot turned off the seatbelt light and all of my fellow passengers seemed to rise out their seats in unison. My mind was only half-focused on retrieving my carry-on bag while the other half was contemplating what it would be like to see her again after these months. I'll admit I was a little nervous. It felt like a first impression all over again and even a year later I was still amazed that our relationship had turned out the way it did. Could I repeat that same kind of success again? I guess I'd just have to wait and see. I stepped onto the jet way and walked towards the arrivals area where I knew she'd be waiting. I stopped in the bathroom for a second just to make sure I looked presentable or at least as presentable as I could be after a 7 hour flight. I continued to walk towards the arrivals area scanning the crowd for that tell-tale short hair and full lips...(Sex Stories)

There she was. Damn. How does a guy like me get a girl as gorgeous as her? I pushed the question out of head for the time being, watching her run towards me. She warned me about this, I better brace myself...I outstretched my arms in preparation and she ran right into them.

Suddenly things just felt right again like a puzzle who's pieces all fall into place just right. I brought my arms around her and smothered her in my Versace-scented chest. We held the embrace for as long as possible before my lips longed for hers and I brought my head down towards hers. Those lips...I was out of words...my mind went blank and I was suddenly oblivious to the world around us. We separated slightly and just stared into each other's eyes, I glanced at her new freckles, her slightly chapped lips still glistening from the Vaseline she applied while she had been waiting for me. We stood there beaming at each other until we realized that we should probably take our reunion somewhere a little more private. I took her hand and we walked to the baggage claim chatting the whole time, filling each other in on the details of our lives and making plans for the week.

We took a taxi to the Moevenpick Hotel near the airport and made our way to the room. I was ready to take a shower and wash off the last 10 hours of traveling since home. I began to take off my jacket while she sat on the bed watching me intently. I walked over and took her hand so that we could stand together.

I put her hands on my shirt and guided her fingers to the first button...she slowly undid the button and I felt her hands travel further and further down my chest, unbuttoning the rest along the way until she reached my pants. I felt myself slowly growing underneath the fabric. She knelt down and began to remove my belt and brought my pants down. I felt my cock thickening as she began to caress me through my boxers, its outline clearly visible beneath the fabric of my underwear. Her hands moved up to the waistline of my boxers and she slowly pulled them down, taking in the sight of my bulging dick that yearned for her. She wrapped her fingers around me, gently stroking back and forth, licking and kissing it until the temptation grew to be too much.

I took her hand and brought her up, removing one article of clothing at a time. I unbuttoned her blouse slowly, looking into her eyes the whole time and finally stripping it off, exposing her bra. I stood there admiring her for a split second and brought my mouth to her neck, slowly kissing her soft skin and allowing my kisses to travel further and further south...I restrained myself from ripping off her bra, instead bringing myself to focus on her lower half...I placed my hands on her hips, guiding their rotation as I brought them closer to the button...As I undid the button with one hand, I slowly unzipped her pants, bringing them to floor...

I couldn't resist any more, I had to have her. We fell on the bed together while I got on top of her, kissing every inch of her body with such voracity as she did likewise. I wrapped my arms around her, unclasping her bra with one hand and throwing it off to the side. I brought myself to her lacy black panties feeling the heat radiating on my face. I kissed them softly as she leaned back, ready for the ride. While I kissed the thin fabric of her panties, my hands were on a mission of their own, tracing up and down her inner thighs, converging to her damp underwear. I finally pulled them off leaving us both completely naked and natural. I brought my mouth down to her moist pussy, flicking her outer lips with my tongue, probing her clit while my fingers came in and out of her stimulating her G Spot with every thrust. She gasped as I increased the pace, pushing her to her limits, listening to her breath quicken.

By this time I was rock hard in anticipation. I brought myself on top of her again, face to face, gazing into each other eyes and ready for the next move. I parted her legs around my body, grasping my hard cock and rubbing my tip back and forth across her clit. She brought her legs up as I entered her, feeling her wet pussy envelope my large dick like a glove. I entered slowly watching her head fall back onto the pillow. I began to slowly penetrate her, rocking my hips back and forth with the motion of our bodies. As our intensity began to increase, I wrapped my hands around her shoulders, physically pushing myself further in as my hips thrust forwards. I felt myself building up, ready to release myself into her before I stopped, turning her over onto her front.

She bent over on the bed, her ass beckoning me. I put my hand on top of her ass as I penetrated her from behind, grabbing her hips and guiding them back and forth. I started to pump my hips back and forth faster and faster, listening to the slapping of our bodies with each furious thrust. She began to moan louder and louder as I felt myself approaching climax slowly...her gasps began to shorten and I could feel her body shudder as she came at the same time as me...I let out a loud sigh as I felt myself release into her. We laid in rapture on the bed with her in my arms for a while, feeling completely satisfied for the first time in a while. I kissed her forehead softly as we slowly drifted off to sl**p, ready to explore what Geneva had to offer in the morning...