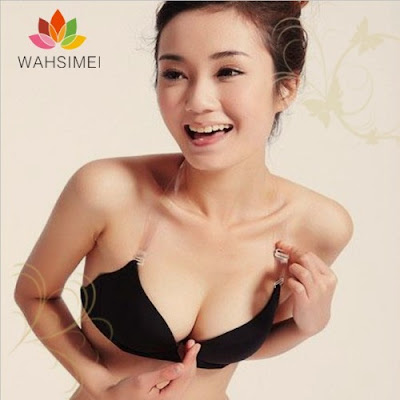 Amy had done pretty well for herself since joining Localair, a small regional air carrier in the South West. Her goal was to be an air stewardess, but Localair required its stewardesses to have a second language at ‘A’ level standard and she didn’t have that. She had started off as a ground stewardess on Localair’s check-in, but within a year she had been promoted to Team Leader. Now, another year on and she is about to start her first day as Shift Manager.


It was still dawn as Peter watched Amy emerge from the bathroom. From his view from under the covers he noticed how sexy she was, dressed only in her navy underwear and tan stockings. She went to the wardrobe and picked up her shoes from the lower shelf, presenting Peter with a perfect view of her bottom, giving his an instant erection. His eyes followed her around the room, until she disappeared into the bathroom once again.

‘Have you seen my tube of...............’ All of a sudden Amy felt Peter’s hands grab her from behind and swing her around and onto the bed. ‘Stop it! I haven’t time for mucking about. I’ll be late’. This didn’t stop Peter.
‘Oh come on, just a quick one’.
‘No! I’ve just got time to dress before I have to leave. Later, please’.(Porn Stories)
Amy was on her back on the bed with just her lower legs hanging over the edge. Peter was on top of her with his head resting on her cleavage. He could hear her heart beating through the satin-like material of her ¾ cut bra. He could feel her chest rising and falling with each breath and he could see her pretty face looking down at him, somewhat angry, somewhat sorry there wasn’t time.
‘Let me up, please’.
‘You’ve time for a quick one haven’t you? After all, it will put you in a good mood for the rest of the day’.
‘I really don’t have the time’.
Peter slipped down the bed over her slim body, until his face was over her sex. He could smell the sweet fragrance of her perfume and of her expensive shower soap. He held his nose over her knicker-clad sex and gently inhaled. Despite her recent shower he could make out the distinct odour of her vagina. He was now kneeling on the floor and had pulled Amy a little closer to the edge. Bringing his hands up, he took hold of Amy’s knickers and drew them down just far enough so that her shaven vagina and her pert little lips and protruding clitoris came into view. A moment later Amy let out a shallow gasp as Peter’s lips closed around her clit.

A moment later Amy let out a shout. ‘Peter! Really, I haven’t time. I must get going’.
‘Oh come on, just a quick one, you’ll be okay’.
Amy made to struggle but wasn’t in any position to free herself. In fact, she was rather enjoying this brief interruption and if she had a little more time, would have gladly given in to her lover’s requests. Peter rose to his feet and held out a hand to Amy.
‘Thank you’, she said, thinking that he had changed his mind and wasn’t going to make her late. Just as she got to her feet he spun her around and almost threw her back onto the bed face down.
‘That’s it!’ she screamed, now angry with him and clearly concerned for the time he was wasting. ‘Let me up’. The moment she hit the mattress, Peter straddled her just above the backs of her knees. ‘L-e-t m-e u-p!’ Her tone now was one of clear anger and Peter knew he only had a few moments to change her mind. His hand darted around her waist and down to between her thighs, her knickers now just below the line of her bottom. His middle finger found her vagina and started to slowly trace the crack of her lips, whilst the palm of his hand caressed her protruding clitoris.
‘Please Peter, later tonight’.
‘Shush, we have time,’ he whispered, leaning forward kissing the nape of her neck.

Amy’s breath began to deepen and become more erratic as she felt herself moisten between the legs. She didn’t have time and she knew she was likely to be late, but she thought that Peter would be satisfied with a quick feel and then she would be on her way. Peter’s finger was now wet with Amy’s juices and she could feel his erection pressing into her lower thigh. Peter’s other hand went up under her breasts and began to gently massage her nipples. Amy began to move in time to Peter’s movements until she started to murmur quietly to herself. Within a short while her murmurs became moans and within a minute she felt her orgasm rising within her. Her breathing became erratic and she began to moan loudly as she came on Peter’s hand.

Peter withdrew his hand and stared at it as it glistened in the morning’s first light. He looked down at Amy and her smooth back. Her buttocks were naked and were still rising and falling as her orgasm subsided. Seizing the opportunity, he momentarily lifted himself off of Amy and in one swift movement, lifted her up higher onto the bed. Before she realised it, Peter was between her thighs and was guiding his penis between her legs.
‘Peter, no!’ Peter ignored her and pressed his hard cock further towards her vagina until the head of his erection was pressing at her open cunt. ‘Really, no, I have to go. Please. Look, how about I wank you off and I’ll open my legs for you when I get home this evening. I haven’t time to wash again and I’ll be late as it is’. Peter managed to part her legs sufficiently enough to expose her vagina, now puffy and glistening. He placed a hand under her slender waist and lifted her just enough for her thighs to part against the waistband of her knickers.

Amy let out a long moan as she felt Peter penetrate her warm wet vagina. Whilst she didn’t welcome his timing, the act of sex, especially with Peter, was always welcome. Then reality dawned. ‘I’m going to be really late for my first day as Manager. Please Peter, don’t’. She felt Peter’s erection make several small movements as he penetrated her deeper and deeper with each movement. Suddenly, Amy let out a low moan as she felt his rough testicles touch her silky-smooth thighs. With long slow strokes, Peter began to ride Amy; slowly and deeply.
‘Oh Christ’, Amy cried softly, as she realised she actually wanted fucking. ‘Please don’t take too long’. Peter’s strokes were beginning to pick up pace as Amy’s bottom came up to meet him. He could hear her soft moans of encouragement and the small micro-shudders from within her wet sex.

A few seconds later Amy is on her feet, running towards the bathroom, struggling to pull her knickers up as she does so. From back under the covers of the duvet Peter watches Amy emerge again and dress in her new uniform of a white blouse, navy skirt and a smart navy jacket.

The first three hours at check-in were always the busiest and this Monday morning was no exception. Amy had reached the small staff car park just in time to find a space and was in Operation Manager’s office just a few seconds before 7 o’clock. It wasn’t until 10 o’clock did she get the opportunity to use the ladies and tidy herself up. The gusset of her knickers had felt wet all morning and she feared that she may be dribbling. On checking her knickers she wasn’t surprised to find the gusset soaking with Peter’s semen. It was sticky now and she was concerned that people might smell the scent of sex. Amy did her best to clean up, but knew that she would be ‘open’ and oozing for the rest of the day.

She had only been home 20 minutes before Peter arrived home and within a minute of him coming through the door she was over the back of the settee, skirt around her waist, knickers pulled to one side and receiving another vigorous fucking from Peter.