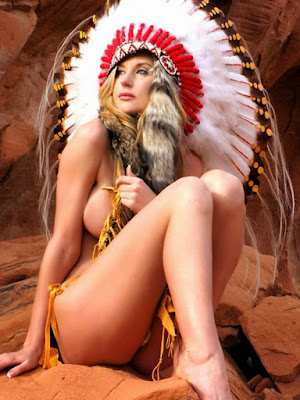 We met them three years ago. A chance message on a website to a faceless, nameless couple. The usual banter back and forth using the typed word. Luckily I could type and was able to keep them interested with conversation. After several months of conversation and an exchange of as we found out later to be outdated pictures, a meeting was set. I remember the rain that evening as we drove to the meeting place, a nice restaurant in a neutral town. We parked and waited in the car as we had left far to early in sweet anticipation of the meet. We sat in the car listening to the rain, not much conversation between the two of us. Not wanting to be late, we entered the restaurant and entered our names. We waited for what seemed like an eternity, but what in reality was just a few minutes.


I saw her walk in behind him, seeing first the black boots she was wearing. My eyes lifted to see long slender legs wrapped in denim jeans, a white turtleneck shirt and a black leather jacket. She had on her glasses which I had not seen in any of the pictures on the net. Her eyes the deepest blue behind them and surrounded by the blonde hair that fell across her face and shoulders like golden wheat. Standing and greeting them, I felt an immediate flush come across my face and a slight bulge begin to grow as I took in just how tall she was. She was stunning! Her pictures had showed her a little heavier with darker hair and no glasses. As we were e****ted to our table, I gladly allowed her to walk in front of me and was delighted to observe a gentle sway to her perfectly rounded hips. I was in heaven all the way to the table. (Sex Stories)

As we consumed our appetizer and proceeded to give our pedigree’s to each other, the coincidences kept mounting higher and higher. Married on the same day, birthdays in common etc etc…at one point I wanted to look for the hidden cameras I was sure were strategically placed inside the restaurant. I tried to hide my complete and utter delight at the table, but my mind kept wandering to how it would be between us. The soft fullness of her pink lips, the way she licked them to keep them moist and the slight furl of her brow behind her glasses had me completely enamored. After a wonderful dinner and equally intriguing conversation we exchanged a light kiss in the parking lot and departed for home, in eager anticipation of internet messages that would exclaim our mutual attraction of each other. It didn’t take long, and the chemistry that was so hard to find in four people was declared. It was agreed that we would all meet at their house and see how far that mix of chemicals would take us. In preparation, I shaved, trimmed, plucked, and re-shaved. The drive seemed to take forever, but in reality was just a short drive across town. (Porn Stories)

When we arrived we were greeted at the door by friendly smiles, scant clothing and the offer of a fine glass of wine. Music played softly in the background as the conversation once again flowed, eventually turning to a more sexual nature. She was decked out in a white, flowing Teddy which accentuated her hourglass figure, legs so long as to make me think they would never stop. Underneath, she wore a white G-string which I hoped would not be in the way for long. A fire was made in the fireplace and the lights turned off, choosing to have candles lit instead.

She came to sit next to me, the candlelight and fireplace flames dancing off her hair and body. Sans the glasses she had on at our first meeting, her face appeared angelic in its smoothness and luster. She leaned close, kissing me on the lips lightly. The look in her eyes told me that this indeed was going to be the night of my life. She started unbuttoning my shirt and I gleefully assisted her in undressing me. Her touch was warm, her hands were soft and her nails ever so lightly scratched my skin sending shivers up, then down then back up my spine. I felt my hands slide down her arms, skin as soft as a newborns. We moved closer, able to feel the electricity between us as our bodies touched and her soft, supple breasts and firm, erect nipples pressed into my chest.

She moved her arms up and around my neck and our lips connected lightly at first, then harder as the passion welled up inside us. Our tongues greeted each other eagerly and danced together in unison. She was a fantastic kisser, something I sincerely enjoyed to the fullest extent. She slowly crouched down in front of me and rested on her knees in front of me. I was already erect, and she licked the tip of my cock slowly, a drip of precum leaving a trail of sticky goo from my cock to her tongue as she rocked back slowly then wet her hand with her own saliva taking me fully in her grasp.

Her saliva felt like liquid gold lubricant as she slowly stroked me, taking my breath away in short gasps. Her hand was soon followed by her wet, warm mouth wrapping itself around my cock. Her tongue flicked and seemed to wrap itself around my raging cock like a snake with its prey. I was indeed in heaven. After believing I had died, she finally stopped and brought me back to reality. I helped her up and moved her to the loveseat and laid her back on it. I then reciprocated and knelt before her between her alabaster legs, caressing each and every inch while working my way up to my version of heaven. I moved her dampened G-string aside and ran my finger across her pussy lips, wet and slippery with her flowing juices. I leaned in, allowing my tongue to linger across her lips and my hot breath to caress her mound. My tongue growing impatient to work its magic.

As I started, I could hear her breathing quicken and deepen and soon she was moaning with delight, to my delight! I quickly found out that she preferred a more straight up and down lick compared to a side to side or the alphabet. Once that was established, I quickly brought her to convulsive orgasm. I loved the way she wiggled and squirmed under my velvet touch. I had no idea, but she was multi-orgasmic and the hits just kept on cumin! When she had enough, she moved off the loveseat and sat me down on it, giving me a few strokes had he hard once again. She knelt on the loveseat and hovered over my lap, grasping my cock and placing it against her lips where she slid it back and forth in her wetness, then sank down on it driving it to the hilt. We both gasped in unison as it hit bottom and she didn’t miss a beat as she began a slow glide up and down and forward and back.

My hands grabbed her hips and she rode me for what seemed like an eternity before she slid off and moved me from the loveseat so that she could kneel on it in front of me. I entered her doggie-style and did my best to keep up with the motion of her incredible ass. My hands held her shoulders as I thrust inside her, hearing the sloshing noises of her juices as we came together, then apart. I was nearing an orgasm when I heard her whisper, will you fuck me in the ass? I almost creamed right then and there, but managed to hold back and regroup.

I slid out of her and lubed her ass with her silky fluids. My cock slid right into her ass, and I heard her let out a slight “ahhhhh” sound as it did. Her “ahhhh” soon changed to an “mmmmm” and I knew we were a match! I plunged into her and she pushed back into me until I felt her shudder, at which time I shuddered, then we shuddered together. We both fell into the loveseat, spent and sated. That was “round 1” DING DING!