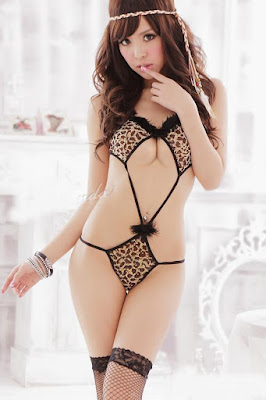 
He was getting so fucking hot just thinking about really telling her, that he almost came inside of her sweet strawberry blond pussy. He slowed his pace and tried to think about something else, but he couldn't. He was so consumed by this desire, he knew he had to tell her.

Suddenly, almost as if in a dream, he started to say to her the words that were to forever change the course of both of their lives. (Sex Stories)

"Oh Cathy", he began as he pushed his cock as far inside her tight pussy as he possibly could, "I want to watch you fucking another man..."

He had actually said it, or to be more accurate he had said part of it.
There was more he had to tell her. He had to come clean and tell her everything. It had been burning so deeply inside of him, and for so long that he had to tell her what he wanted more than anything in the world.
"I want to watch you fuck another man. Oh, Cathy... I want to watch you fucking Black men!"

Immediately after he said what for so long had only been fantasy, he had the strongest orgasm of his life. He came so much, so hard, and for so long, that Cathy knew her husband of over a dozen years was more than just a little excited about his sudden announcement. She didn't know exactly what to think about her husband's revelation. She was a little confused about the whole idea, and wondered why her husband wanted to watch her as she was being fucked by another man. And not just any man, she thought, but a Black man.

He knew his wife, and he knew that to get her to become the naughty girl of his dreams, he was going to have to be patient and make a slow and subtle introduction of his Black fantasies during foreplay and sex. He knew that he had to go slow until she started to become excited about his idea. He knew that if he went to fast at first and scared her off, that he would never stand a chance of seeing his desires become a reality.

He had formulated a plan of slowly incorporating the idea of watching her being with Black men during their dirty talk when they were having sex. He knew that this was the necessary first step in the evolution of his beautiful blonde wife, if she was to someday become the naughty slut of his dreams.

When her husband would put his cock into her now 'trained' and stretched out pussy, he could hardly feel the walls of her pussy anymore. She soon admitted to him that she really couldn't feel his cock inside of her pussy either... He just loved to hear her talk like that. Knowing that she couldn't feel him inside of her anymore, he asked her if she liked his white cock or the big Black cock more. Without hesitation she quickly answered that she liked big Black cock more.

He knew at that moment, when she told him that she liked a big Black cock more than his dick, she was close to becomming the slut of his dreams. He also knew that soon she would be wanting real Black cocks, and that her toys would become a thing of her past.

In no time he was asking her other questions while he licked her clit and slid the Black toy inside her constantly stretched out pussy. He would ask her what her pussy was made for, and she would reply that her pussy was made for "Black cocks". He would ask her what was the only thing that could make her cum anymore, and again she would answer, "Black cocks!" And it was true, Cathy had to be thinking about Black men and their big Black cocks to have an orgasm. At least an orgasm which would register on the Rickter scale.