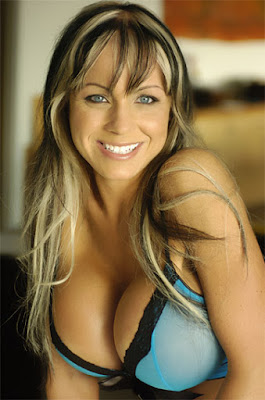 I sat yesterday and divulged many of the 'Beach Sex' videos, on offer. Speaking for myself, a good romp in the sand video, is only enhanced when the camera, has a limited point of view and can only be zoomed-in and out.


True Beach Sex scenes are normally committed in secrecy, with the participants normally nervously looking around, hoping not to be spotted.

That kind of voyouristic filming gives me goosebumps, as we the viewer are actually watching something illict, not meant to be seen, sharing an act of pleasure and being excited as would be participants.

Having said that, cudos to the idea behind the Beach Sex filming, it does fill a niche and I am sure many have got off on watching them.

There are a few on here I have seen on another sight, ones that were genuinely shot on a public beach, with c***dren nearby, and a blow-job in full flow.

Like most on here I dont like to suck anyone off in front of c***dren, even d***k and desperate, it's just a big turn-off.

Keeping to the theme of Beach Sex one can understand why spirits and subsequently some mens cocks rise to the occassion. Girls get naked and cavort around, breasts jiggling and thighs convently open for sun and true voyeurs, to ogle and savour, in close proximity.

Of course the females commiting these acts, are guilty of exhibitionism, the most open legged, sitting semi-upright, dark shades on to help spot the men looking, turning around, like a spit roast, to show the all the most desirable bits, to eyes and lenses.

As women we know when we are being desired, we all congregrate and discuss how many we aroused that day, over giggles and drinks and I am not alone when I say this, use these experiences for our sef-debasement, during quieter times.

In Spain one Summer I lived with my aunt and uncle and my cousin Karol. We were in the same age range and got on as k**s so four weeks in the sun was a godsend, after the long Swedish winters.

We lived in a villa and the beach out front was nudity permitted. It was on that beach I could see first hand what men looked like, in various stages from flacid to fully erect, these images for both off us were powerful, as they awakened desires and kick-started the process of turning girls into women. We were at an age of knowing right from wrong and giggles were masking ulterior motives and deep feelings of lust.

In the water was where the groping and feeling was taking place. Snorkling gave a good view underwater and my first ever show of a woman jerking off a guy, as they stood casually chatting. I actually watched his stream of sperm come out from his penis and snake up to the surface. When I came up she had her back to me and he was staring intently directly at me and when I lifted my mask and smiled, he did likewise and an unspoken bond was created that instant.

I dont think she knew I had witnessed their act, no I suspected we were alone and when they moved away, I moved in and looked for the thin stream of seed.

There were wooden boxes people used to dive from. These were anchored 20m from the beach shoreline and we used to swim out there and cavort and sunbathe totally naked and a tad brazen.

We were always surrounded by men, who used to hang onto the edge, with a beer can in one hand, and playing with their dicks with the other. They were only a few feet from us, so the show we were giving at close quarters, was manna for the masses and the sperm, I am sure that was ejaculated with us in mind would have fertilized us in an instant, if we chose to enter the water, during one of our shows.

One day I dived in and came alongside a guy. He was friendly and chatty and as we hung on to the side, the bobbing up and down in the water, caused our legs to touch and as neither of us made any attempt to seperate, he moved in closer until my left buttock was bobbing up and down along his erect penis.

As we were facing the beach we had a vantage of viewing the vista and could clearly see we were free to do what we wanted, and as if to emphasize this he moved over and his penis was now in between my cheeks and I was pushing ever so gently back onto him, to maintain contact, as the pleasure I was feeling was a first and new experience.

We were not speaking, just adjusting ourselves, fitting our bodies to merge into one. His cock was in between my thighs, I was gliding along the shaft until I felt his hand across my buttocks and take hold of his cock.

We were entering the final phase and I was blissfully unaware that his next push would be the end of my cherised virginity. He dipped ever so gently down and as he came back up I rose with him, but only to a point, where I now stopped, but he continued moving up, opening me to a new experience, parting virginal folds and coming to rest, deeply embedded and gripped by vaginal muscle, tight and barely yielding, and when I did it was just pain and pleasure rolled into one.

When I was shocked out of my dreamlike trance, I found myself tangled-up with him. I had wrapped my legs backwards around his and was thrusting my bum hard into him. I was shocked at the voracity of my actions, but past caring. I was on a quest that was both instictive and desirable, I wanted fullfillment, an orgasm, I was humping frantically to that aim and when it came, it was so powerful, that it ramained etched into my brain to this day.

That guy, whoever he was, created another woman, set her on her way with a craving for cock for her pleasure, put the final piece of the jigsaw in place and enslaved her for all men to enjoy.