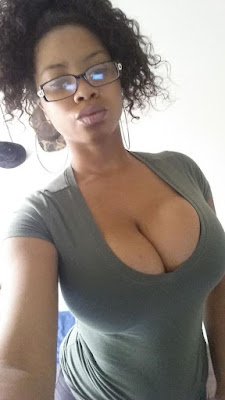 I didn't think I had fallen asl**p, but I guess I had, because he woke me up. His hand gently lighted on my shoulder, the warmth of him reminding me that my skin was chilled.

"Mmmmmmm that feels nice" I murmur.

"Barely sounds good," he quipped, moving his hand down my back to caress one buttock. His hand moved gently over my backside, swirling slightly to catch the curves. "May I have your permission to touch skin?"

His fingers were sneaking under my nightshirt before I'd even finished speaking. They were warm with that inner heat he always seems to carry around with him, but his caresses were sparking fires that would blaze much hotter. Over and around my butt and back they swirled, moving faster now to a cadence I could only feel through his touch. Then suddenly, as if the song had ended, his hand stopped, cupping one side of my butt. He let out a low, barely audible groan.(Erotic Stories)

"Oh, this feels so good, " he muttered to himself. He gently squeezed one cheek, then the other. The he brushed his fingers lightly into that crevice between my legs, tickling my pubic hairs. I rolled completely onto my stomach, opening my legs slightly to allow him better access.

"Yes, that is better, " he coached me. "Let me just inspect the goods."

His fingers started to move through my hairs with more firmness and purpose. I obliged with some quiet murmurs of pleasure, those words that are not words but speak to a lover. One finger rewarded me with a dip down to the skin, caressing my lower lips along the slit. He was purposefully teasing and prodding, and it felt heavenly. His finger painted a path along and around my lips, sending waves of warmth which started to reach my toes.

I shifted on the bed again, pulling up my nightshirt further and bending one knee so his access was more complete. He groaned quietly, putting one thick finger in between my lips and finding the moisture he was hoping would be there.

"Have you been thinking about this?" He asked, deftly spreading my moisture around and over my slit.

"Welllllll," I acquiesce, "maybe a little."

"Did you think about . . . . . this?" His now wet finger left my trembling lips to find the bud of my anus, caressing it lightly.

"Oh, my, I've been thinking about THAT for a long time," I admit. His finger went back to my wetness, dipping and weaving around my labia, tantalizing and collecting moisture. Then he returned to my back door, taking moisture with him, painting it as if he were . . . . oh god, was he priming the pump?

"Mmmm," I growl deep in my throat as he finally dipped that moistened finger slightly into my backdoor.

"Oh, that feels good?" he asked, in mock surprise. His finger flew away again, swirling around my now parted lips, finding this openness to be alluring, even with the promise of something new beckoning him. But no, his finger returned, bringing more moisture and new determination. He slid his finger in further this time and left it there as I let out another quiet moan. I groaned outright when he started pumping slowly, moving his finger in and out. My knees bent of their own accord, lifting my backside up further from the bed in response.

He chuckled at his success, and shifted his own body. I glance over, finally, to see him. I could see his smug look of satisfaction in the moonlight streaming through the window. I cast my eyes over his body and saw that this was arousing him as much as it was me. I reached out one hand to touch his erection.

"Oh no," he said, moving my hand away from it's prize, "we are not going to be distracted this time." His fingers left my backside for a moment as he leaned over the side of the bed to reach something. He came back with a small bottle of lube and snapped it open. "I don't want anything to be the least bit uncomfortable for you, honey. You just relax as much as you can, and enjoy."

I turned my head back to the pillow as he was starting to drip some lube on my hole.

Then, in the blink of an eye, his fingers were gone. I gasped at the suddenness of it and looked around. He had gotten up on his knees behind me now, his erection quivering in the light from the moon outside, pointing toward my back door. I watched him pour some lube on his cock, stroking himself to apply it. Then he placed the head of his cock on my prepared opening.

I could feel him there, asking entrance but not willing to take it. He moved his cock around a little, pouring more lube on and making circles around my hole. Then he was there again, knocking on the door. His erection was very hard, making me groan with the promise of what it could give me. I flexed my thighs slightly, and rocked back into him, begging.

I could feel his balls against my wet, trembling lips, but the feel of him inside me at last, in that place that had been preserved for so many years . . . thankfully he stilled so that we could both savor the moment. Then . .. was it just a second or a whole day later? . . . he moved his hips back again, pulling out to the head, then slowly sliding back in.

"Mmmmmmmmmm that is amazing" I murmured. "Don't stop."

"Oh don't worry. I will not be stopping now until the fat lady sings."

"What song do you request?"

I started to laugh at that, but groaned instead as he thrust, with obvious change of rhythm, deeper into me. He grabbed my hips and pulled me back as he thrust again. Bracing myself with my elbows, I ground back into him, reveling in the power of good sex.

"Oh, Mike . . . . oh god . . . that is amazing!" I shouted as he continued his purposeful thrusting. I stretched my arms out in front of me to use the wall as support. He was pounding me now, and we were both groaning with the startling pleasure and a****l instinct it unleashed.

My brain felt like small fireworks were exploding inside my synapses. Closing my eyes, I could have sworn I was seeing the sparks flying through my head. Holding my hands out to the wall for support I continued to push back into him with every thrust.

I reached one hand down and touched my clit. It was already swollen and throbbing, and my little touch sent an explosion through my body, creating an instant climax.

"OH!" he shouted, feeling me clench and drip on his knees. "What did you just do?"

I chuckled and told him that I'd touched my clit.

"DO . . . . IT . . .. AGAIN" he panted, still thrusting. I happily obliged, having enjoyed myself. I put two fingers around my clit and started working it, so wet now and so stimulated. It almost immediately brought another orgasm and I groaned loudly.

Now, I don't know about you, gentle reader, but there comes a point during sex for me when all rational thought ceases. That is a good point to pass. I'd passed that point with the first orgasm. But there is a point not too far beyond that (and sometimes, frankly, before that) when I can no longer discern which particular sensations are causing which reactions, and indeed, I'm not even sure what is happening specifically. This was one of those times.

His cock was ramming into my ass, his hands were clenching my hips, guiding all the motions, and one hand came around and took over for my hand on my clit. I was screaming at this point . . . groaning and screaming and moaning and feeling so many sensations I thought my brain might start smoking. Every nerve in my body was quivering with stimulation. I have no idea how long it went on, nor do I know how many times I reached orgasm. Wave after wave of glorious climax washed over me, tumbling my gray cells into the abyss. I laughed out with sheer carnal bliss as he continued his relentless invasion. Over and over again I careened over the edge of the cliff only to discover that there was another cliff to be faced. On and on he ground and pounded and drove me, rubbing my clit, dipping his fingers into my cunt, filling my back door with his ever-growing cock.

Then suddenly the motion stopped . . . . just for a second as he drove in as deep as possible and held my hips to his groin.

"Yeeeeeeeeeeeeeeeeeeeessssssss" he groaned again. I could feel his load emptying into me, feel the throbbing at the entrance like it was my own heartbeat. Everything inside me clenched in orgasm again. Again he loosened his grip slightly only to grasp and thrust again, this time with his hand on my clit again, pulling me to him insistently.

"Oh! Oh! Oh!" he growled, thrusting with each exclamation. I climaxed again and again, feeling him fill me, and causing more yells from each of us.